Chapter 368 Fight with All His Strength Using Shi Ying

Han Lu thinks that Zheng Xinmei is reporting to her alone. After Zheng Xinmei told her about the good news, she suddenly lowers her voice and asks, “Is there anything else?”

“What about that aspect of thing?” Han Lu won’t give up and asks, as if she wants to get the answer.

Zheng Xinmei knows that Li Yong is staring at her. She can’t say anything wrong. She quickly pretends to be confused and says, “President Han Lu, what do you mean? What aspect of thing?”

She is reminding Han Lu to stop asking, but Han Lu doesn’t know that Li Yong is sitting beside her and the phone is hands-free. Li Yong has heard it clearly.

“Is he followed by strange women? Did he have ambiguous behaviors with nasty women? Did he call prostitutes in the hotel?” Han Lu asks very carefully.

Wei Fangxia feels nervous after hearing this. She can’t help moving her butts and sits more upright. At the same time, she also glares at Li Yong. The good feeling she just had about Li Yong suddenly disappears.

He knew Han Lu would do this. He knows his wife well. He just didn’t expect that Han Lu would ask so many questions at once. She really wants to ask answers of those questions!

Li Yong finds that Han Lu is a little uneasy. As if the better he gets, the uneasier Han Lu gets.

He knows that Han Lu is afraid of being abandoned by him because he has a new love! It seems to be a mental illness.

He doesn’t think he is a man that loves the new and loathes the old. He has a special personality. He likes both the new and the old.

“No, really no.” Zheng Xinmei is startled again, because she didn’t expect that Han Lu would ask so directly. She is so scared that she dares not to look at Li Yong’s expression. She is afraid that Li Yong suddenly makes a sound. Then she won’t be able to explain.

If Han Lu knows the situation here, Zheng Xinmei dares not to think about the result.

“Don’t hide anything from me.” Han Lu warns her when she hears a slight change in Zheng Xinmei’s tone.

“Really no.” Zheng Xinmei says again, “Yong doesn’t live in the hotel. He has been living in the building of the company since he came here. He sleeps alone in a room. There aren’t strange women around him.”

Han Lu is relieved, but at last she orders again, “Keep watch on him carefully.”

Hanging up the phone, Zheng Xinmei takes a long breath. Seeing that Han Lu is so serious, she really can’t imagine how angry Han Lu will be if she tells her that Li Yong and Wei Fangxia are living together.

At this moment, she secretly decides that she can’t tell her about it. She should pretend that she knows nothing.

She turns her head to look at Li Yong and finds that Li Yong is drinking tea leisurely, as if he is not affected at all.

“It’s okay!” Li Yong says faintly. He takes out his mobile phone and says while making a phone call, “I’m going to call my wife. Don’t make any noise.”

“Hello, darling, do you miss me?” Li Yong asks with a smile as soon as the phone gets through.

“Yes.” Han Lu is gentle on the phone, which is very rare.

Li Yong’s tone plus his expression can compare with that kind of actors in Nihon.

“Xinmei, have you noticed Li Yong’s behavior of flirting with women?” After they walked away, Wei Fangxia asks Zheng Xinmei.

“No… No.” Zheng Xinmei shakes her head.

Wei Fangxia sighs and says, “President Han Lu asked me to keep watch on him and I’ve been watching him, too.”

“Ah?” Zheng Xinmei is startled. She didn’t expect that Wei Fangxia and she have the same identity as a spy appointed by Han Lu. She can’t help asking, “Fangxia, have you ever found out?”

“How dare I! You also know Li Yong’s means. If he knows it, I will get myself killed.”

“Yes! We can’t tell her.” Zheng Xinmei feels regretful and is glad that she didn’t make a mistake.

Seeing Zheng Xinmei’s reaction, Wei Fangxia’s is suddenly relieved. She was afraid that Zheng Xinmei had found something and would tell Han Lu, so she scared her specifically. Otherwise, she always has a feeling of uneasiness.

“I want you to make money for me.” Li Yong hears Han Lu’s laughter from the phone.

“It’s easy. I’m going to Thailand, and when I get back, I’ll bring you another billion yuan.”

“Are you going to Thailand?” Han Lu asks.

“Yes, there are more beautiful jade in Thailand. I want to go to buy more.” Li Yong says smilingly.

“How long will it take?”

“I gave you that gift when I came back from Nihon. You can look at it when you miss me. Looking at it is like looking at me. I’ll be back after at most one week. I’ll satisfy you.”

“Don’t worry! You know that I’m safe with Madam Wei protecting me.”

“Think of me every day.”

“Of course! I miss you thousands of times a day. Do you know what I miss you most, darling?”

“Then tell me what you miss me…”

When Li Yong has played enough with Han Lu, he finds that Zheng Xinmei and Wei Fangxia have disappeared. He tries to hear and knows that they are in a room not far away. Zheng Xinmei lives in that room.

Li Yong smiles bitterly and shakes his head. He thinks that Han Lu is too treacherous. She calls Wei Fangxia as soon as she hung up. Li Yong knows her purpose without eavesdropping. She must ask Wei Fangxia to keep watch on him and to prevent him from looking for other women when they arrive in Thailand. Li Yong touches his chest. He is convinced that he isn’t the kind of man who looks for women randomly.

“Yes, okay. President Han Lu, you can rest assured. I will keep watch on him.” Wei Fangxia’s tone is not strong enough. She would like to keep watch on Li Yong, because she has become Li Yong’s woman.

Regarding to this, she knows what to do even if Han Lu doesn’t tell her.

At this moment, a strange voice attracts Li Yong’s attention. Before he opens the clairvoyant vision to see, a black shadow suddenly jumps into the living room from the window and rushes to Li Yong like black lightning.

He rushes in front of Li Yong just in a second. Li Yong sees a shiny short knife. The blade has reflected his face. It is a frightened face, because the speed is too fast, indicating that the opponent is very strong. Li Yong is panic instinctively.

At this moment, Li Yong is sitting on the sofa and can’t dodge quickly. In this emergent moment, he suddenly applies the Thousand Pounder method in his memory. His body suddenly weighs 500 kilograms. Plus his strength downwards, the weight can be up to several thousand kilograms. He directly breaks the sofa in the middle and his body lowers to avoid the fatal hit.

When the black shadow suddenly turns back and tries to hit him again, Li Yong has climbed up. He finds that a wisp of his hairs has been cut off by the short knife. The scattered hairs flow down like iron wires.

“You’ve made a huge progress, man. You have the ability to fight with me now. But you still will die. Take this!”

It is the voice of an old woman. Li Yong instantly remembers the thrilling scene in the stairs of the Yong Kang Clinic.

At that time, he was locked in the eyes of a black shadow with a mask. That black shadow is exactly the same as the black shadow today. They are like shadows that flow around lightly and quickly.

At that time, he was still very weak. He couldn’t dodge the killing skill of the black shadow and almost died.

At the critical moment, it was Yang Changkong who suddenly appeared and stopped the black shadow that wanted to kill Li Yong with only one move.

The voice of that black shadow is the same as that of this shadow. They are clearly the same person.

“Old woman. You still want to kill me. You can’t run away this time.”

Li Yong becomes fierce and immediately uses Traceless Invincible Leg and Tangible Substantial Punch, which are his strongest killing methods. He tries his best and risks his life to stop the old woman escaping.

Through incessant understanding and practice, he has realized thirty percent of the power of the two kinds of martial arts combined together.

Deep in his memory, if he can completely combine Traceless Invincible Leg with Tangible Substantial Punch and use them well together to reach the top state, he will be invincible in the world.

At this moment, Li Yong is going to fight with all his strength. He wants to kill this killer.

“Shi Ying?” The old woman suddenly issues a surprised voice. They fight with each other when the woman is exclaiming.

“Old woman, you know it’s Shi Ying! You know something. I’ll let you know how powerful Shi Ying is.”

Li Yong also does not show his he weakness. He fights with her with all his strength. He can fight back occasionally while defending himself. 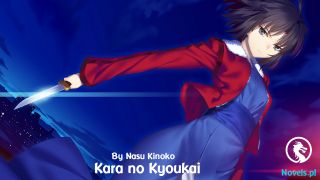