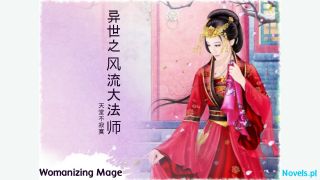 The attack from the experts throughout Eternal Border had heavily injured An Nanjing and the others. Especially Oxxy and the Primal True Dragon who'd almost died.

So, how could he not avenge this?

The most seriously injured, Oxxy and the Primal True Dragon, had only recovered slightly. This time, Snowy even took out the other half of that fruit she'd obtained from the old man with a bamboo chest, and she split it between the dragon, Oxxy, the Primal Vicious Tiger, An Nanjing, and the Martial Qilin.

Even though it was only a small fruit, the demon beasts were extremely excited when they saw Snowy giving it to them.

After they ate the fruit, all of them gradually started to undergo changes.

Meanwhile, Snowy snuck off to the rear mountains of the Sword Sect. Deep within the bamboo forest there, Snowy went to a certain spot, and there were two small trees there. They weren't very huge, and they were only the size of adults.

They were crystalline like they were made from crystals, and their leaves were so similar to crystals that it made them absolutely gorgeous. Both of the trees had two thumb-sized little fruits.

They were all Chaotic Fruits!

If people knew that these four fruits existed, the consequences would be unimaginable.

Just as Wu Ni had said, there were no more than five such fruits in the world. But Snowy had four here right now. Moreover, it was obvious she would have more in the future!

These two trees were the trees Snowy had planted with the seeds from the two fruits!

Of course, they were only able to grow because of Snowy.

Since the day she obtained them, Snowy had used Sprite Ascension on them every day, and she even nurtured them with Primordial Violet Energy and the Eternal Energy. Under such circumstances, they gradually sprouted and grew, and they even started bearing fruit. All of this made Snowy feel overjoyed.

So, she worked even harder.

The tree was growing, and so were the fruits.

Actually, they were mainly able to grow because of Snowy.

Only an existence like Snowy who could strengthen the spirit was able to nurture these seeds into trees.

Snowy touched the trees gently, and then blew lightly. In an instant, countless strands of spirit energy surged toward them, and so did an endless stream of Primordial Violet Energy.

Besides that, Snowy summoned the Eternal Energy, and it coiled around the trees. The trees immediately started trembling when it appeared.

As for the tiny fruits, they seemed to have grown slightly.

Snowy's eyes lit up, and she continued blowing out spirit energy.

Suddenly, Erya appeared by Snowy's side. She glanced at the trees and asked, “Snowy, can I eat them?” She licked her lips as she spoke.

Snowy glanced at Erya, and then Snowy shook her head and waved her paws. She was saying that they had to grow bigger.

Erya had no choice but to nod. Because she too felt that they were too small and wouldn't be satisfying!

Just like that, a long time passed before Snowy seemed to be quite tired. She patted her paws together and pranced off into the distance.

Once Snowy left, Sword Scroll appeared before the trees.

She gazed at them for a long time and spoke softly, “The Chaotic Fruit Tree… If they appear in the Eternal Universe, countless demon overlords would go crazy over them!”

She shook her head, “What a monster!”

She vanished on the spot.

At a point in the clouds, Yang Ye closed his eyes, and his aura was restrained within him while he seemed to have merged into one with the world.

Suddenly, a sword howl resounded, and then a ray of light shot through the clouds.

A cloud suddenly exploded apart far away in the distance.

The light dispersed, and two swords floated soundlessly there.

They were overlapped against each other, and they were red and gold!

The two swords flew side by side in the air, sometimes intersecting, sometimes flying in parallel… Just like that, the sky was filled with rays of light.

Yang Ye's flying swords were much stronger than they had been in the past. Especially when the swords overlapped with each other, their combined might could kill a Three World Realm expert with ease, even if that expert was vigilant toward his attacks!

He was confident in being able to accomplish that now!

But his true trump card wasn't the flying swords but the Sword Domain!

The Sword Domain combined with Executor!

When he did that, it could be considered as trying to take his enemy down with him, and so it would only be used in a truly hopeless situation.

Now, when he executed four swings with Executor, it could be said that he was even able to kill Four World Realm experts!

As for Three World Realm experts, they were probably incapable of resisting just a single swing!

When Yang Ye held the sword, he truly sensed how terrifying it was. It was a sword that had surpassed the scope of swords.

It couldn't be judged as a normal sword anymore!

As for the Sword Precursor and Sword Supreme, they had their own objectives after seeing Executor, or it should be said that they had a direction now!

Yang Ye put the swords away, and Executor appeared in his grasp.

Even the Primordial Pagoda wasn't willing to let it stay within the pagoda by itself.

It executed the spirit!

Once Snowy became a Sprite Progenitor, she could destroy any spirit or Sprite with a single thought!

Of course, she could help them too.

Yang Ye glanced at the sword in his grasp and vanished on the spot.

At the rear mountains of the Sword Sect, Yang Ye went to where Oxxy was at. Oxxy could move now, but he wasn't healed yet.

Snowy was here too. Her eyes lit up when she saw Yang Ye, and then she flew over to his shoulder and rubbed her head lightly against his shoulder.

Yang Ye rubbed her head and gazed at Oxxy. The latter nodded to Yang Ye. Oxxy was quite respectful to Yang Ye.

Not just because of Snowy, but because Yang Ye was extremely strong too.

The strong were always respected no matter where they went.

Yang Ye walked over to Oxxy and patted the latter on the shoulder, “How do you feel?”

Oxxy hadn't even spoken when Snowy started waving her paws.

Yang Ye smiled, “It's good that he's doing much better.”

Snowy flew over to Oxxy's head and patted the dragon horn on Oxxy's head. She was telling Oxxy to just recuperate and not do anything else.

Snowy cracked a smile and flew over to Yang Ye's shoulder.

Oxxy nodded and waved his fist at Yang Ye.

Yang Ye took Snowy to Erya's hall. At this moment, Erya was seated cross-legged in there, and she blinked but didn't stand up when she saw them.

Suddenly, Snowy flew over to her and touched Erya's head. The pair of black horns had grown quite a bit. They had just been a small bump before this, but they were the size of tiny fists now.

Snowy curiously touched them while curiosity filled her eyes.

Erya's figure stiffened slightly when Snowy touched them, but it didn't take long for her to return to normal.

Actually, Snowy wasn't aware that those horns couldn't be just touched. Of course, based on her relationship with Erya, it wouldn't be a problem even if Snowy kept rubbing them.

Yang Ye glanced at the horns and asked, “Erya, what are those?”

Erya shook her head, “I don't know. In any case, they grew a little after I ate two people.”

She gazed at Yang Ye, blinked, and continued, “Big Brother Yang, I…”

Yang Ye asked, “What are you trying to say?”

She hesitated for quite some time and said, “I think you'll definitely be very tasty!”

Snowy was stunned, and then she hurriedly shook her head. She pointed at Yang Ye to say that she couldn't eat him.

Erya cracked a smile, “I won't eat him. Moreover, Big Brother Yang is very strong, and I don't think I can defeat him!”

Yang Ye was quite speechless. She couldn't defeat him? If she could, then wouldn't she try to eat him?

Yang Ye shook his head and said, “Erya, have you grown stronger?”

Yang Ye smiled, “I see!” He hesitated for a moment and asked, “Erya, you ate both of them?”

Yang Ye hesitated for a moment and asked, “Uh… Were they tasty?”

Erya licked her lips, “They weren't bad. Right, Snowy, you can try it. Maybe you'll like it too!”

Snowy blinked and nodded to indicate that she could give it a try next time.

Snowy gazed at Yang Ye to ask why!

“They aren't bad!” Erya suddenly explained, “They didn't taste bad to me!”

Snowy gazed at Yang Ye and pointed at Erya.

Yang Ye glared at Erya, “Erya, you can eat people, but you must not teach Snowy to do that. Understand?”

Yang Ye pointed at Snowy, “She isn't a demon beast.”

Meanwhile, Snowy pointed at herself to say that she could be one.

Suddenly, Erya looked up at the sky, “My dream is to eat, eat everything I can eat in this world!”

Snowy blinked, and then she waved her paws swiftly. She was saying that she wanted treasures, all the treasures in the world belonged to her!

What a pair of rascals!