"They are here again?"

Louis frowned and said, "These damn Hybrid Demons. They won’t stop! Can't they all just die at once?"

At this moment, a sentry soldier flew into the tent and cupped his fists, "Your Majesty, numerous Hybrid Demon ships have appeared on the surface. From the flags, it seems that they are under Berserker Lei Ding!"

"Lei Ding is finally attacking!" Luo Xun smiled, raising his head and looking at the sword in his hand, "Your Majesty, Lei Ding is said to be the God of the Barbarians and is the strongest barbarian to date. In the north, apart from Sif and Da Lun, no one can handle him. Even Igoras and Lanais were defeated by Lei Ding. I am worried that Lei Ding will personally attack and that our defenses wouldn't be able to handle it. Your Majesty, please shift the tent and retreat five miles!"

Lochlan was stunned, "Father, if we really can't block Lei Ding's attacks, then Tian Ling City will fall. Without Tian Ling City, what is the point of me being the Emperor? Father, you don’t need to say anymore, I will retreat together with the soldiers. We will live and die together, even if we die, we will do so as one."

I looked toward Lochlan in praise and smiled, "Don't worry, Lei Ding might not personally attack. Moreover, we have many more troops and they wouldn't be so careless. Do you still remember the battle of Deer Lake where Blood Giant Kehl was killed for leading the line? No matter how strong Lei Ding is, he would be wary."

Situ Xin cupped his fists and said, "General Li is right. Your Majesty doesn't need to worry so much. Before Berserker Lei Ding is able to hurt you, he has to step over hundreds of thousands of Tian Ling City soldiers!"

Lochlan smiled and nodded, "That's good. Who will be the main force of this battle?"

Situ Xin said respectfully, "Your Majesty, the Royal Army has 80 thousand people, the Fire Dragon Army 60 thousand, the Xia Yu Army 5,000, the Dragonling Army 30 thousand, the Purple Spirit Army 50 thousand, and Chang Feng Army 70 thousand. Only the Rongdi Army has the most with 250 thousand people now. The South Protecting King has to send troops for this battle. The Royal Army needs to defend the west and Fire Dragon Army needs to defend the east so only the Rongdi Army has excess strength."

Instantly, Luo Xun's eyes were about to spit fire — he wanted to swallow Situ Xin right away but he had no choice. He could only say with an icy tone, "Since that is the case, I will personally lead the Rongdi Army to face the enemy. However, I hope that I can borrow the Royal Army Heavy Cannon Unit."

Lochlan looked toward me, "Master Li, what do you think?"

I frowned but couldn't reject. I nodded my head, "The Royal Army needs to defend our own base, but we can only lend half?"

Luo Xun smiled, "That is enough. The Royal Army is rich now. Half should be over 500, right?"

I didn't say anything. The Royal Army did privately craft many cannons. We had over 500 Dragon Crystal Cannons and 1,000 Flame Dragon Cannons. Lending him 500 wouldn’t be a problem.

Everyone headed out of the tent. In the distance, war drums surged into the sky. Under the sun, the red color sails of the Hybrid Demon warships danced in the wind. One couldn't see what was on it but the sixth wave would be definitely stronger than the crossbowmen from the fifth wave. Moreover, the soldiers under Berserker Lei Ding definitely wouldn't be weak.

I jumped onto the horse and headed back to the [Zhan Long] and Royal Army camp. However, I noticed that the players were greatly reduced. The few medium-sized guilds beside [Zhan Long] were all wiped out and they were all back at their final defenses. On the southern shore of the Sea of No Return, the entire defense line moved toward the center. Luckily, the range at which the monsters were attacking started to constrict.

It was like Berserker Lei Ding didn't have as many troops as Luo Ding and as such he couldn't waste it like that.

"General, are we really going to lend 500 cannons to the Rongdi Army?" Han Yuan had an ugly expression on his face, "These cannons are the flesh on our hearts…"

I smiled and patted his shoulder, "I know, however, the Rongdi Army is good at cavalry battle but they don't have supporting cannons so it would be tough to go against the Hybrid Demons. If the Rongdi Army is wiped out, the Royal Army will suffer too. Why don’t we use the heavy cannons to help them out? If you are worried, then you can send 10 thousand Heavy Shield Units to protect them."

Han Yuan nodded his head, "Yeah, I have already prepared 10 thousand Heavy Shield Soldiers. They will assist them together."

In the distance, the Hybrid Demon ships didn't get close to the shore. Xiao Lie used his one eye to look at the ships, "Adjust the Dragon Crystal Cannons, south 11 degrees, 173 altitude, and 70% strength. Let them taste metal on the shore!"

Many Dragon Crystal Cannons turned to the direction the cannon barrels were facing. In the next moment, the ground shook and many Dragon Crystal Cannons charged into the sky. Roughly 800 meters out, many flames rose up into the sky. The Hybrid Demon ships exploded and people cried out. A few seconds later, the wave swept over and caused a bunch of Fire Dragon Cavalry to be on the verge of falling. The energy waves were too strong.

One Second Hero looked into the distance and laughed, "The strength of the cannons, tsk tsk… There really is nothing to say!"

Li Mu grinned, "Great, we blew the monsters to low health such that we can take experience and achievement points. Tsk tsk, [Zhan Long] has the Royal Army's Heavy Cannon Unit behind them too. How amazing."

Dancing Forest's beautiful eyes looked at the ocean surface in the distance and many bright lights shone in her eyes. She smiled, "We can't discount the strength of NPCs. In the past, players felt that they could control all games and now it looks like only the hardworking and talented players can do that. Normal players are just footmen and wouldn't be able to do much."

Lin Wan Er burst into a laugh, "Dancing Forest, you aren't a footman anymore. Looking out at Tian Ling City, are there many who deal more long-range damage than you? In the eyes of the soldiers, you are actually a true archery expert."

Dancing Forest raised her big chests and gave a proud smile, "Hehehe, I am so skilled now?"

I raised my hand and pulled out the Dragon Reservoir Sword and said, "We will find out soon. Gather the defenses and the monsters will appear soon. The Dragon Crystal Cannon CD is too long; we won't be able to block their attacks. To block Lei Ding, we have to depend on us, the omnipotent footmen!"

On the [Zhan Long] frontlines, a bunch of Fire Dragon Cavalry pulled out Hellfire and pointed into the distance.

There was another loud explosion. Many ships that got close to the shore blew up. Instantly many wolf cries rang out. A huge being charged out from the smoke. Following that, two, three, more and more came out. These weren't anything else other than a soldier-type attack. The Barbarian Wolf Cavalry, Rank 7 Hybrid Demons, and the bottom of Berserker Lei Ding's box consisted of them. These barbarians were turned into demons and they looked vicious with their long serrated knives. When they were roughly 200 yards from us, Dancing Forest, Lian Po, and the others started to fire. I obtained their stats and then I shared it in the channel…

Introduction: The Barbarian Wolf Cavalry was one of the most elite barbarian cavalry in the world. They came from Berserker Lei Ding's tribe, born with godly strength. They were merged with the energy from the Wild Heart Protection Talisman, and their strength greatly increased. Along with their vicious and violent wolves, the cavalry became the humans’ nightmare.

"Be careful and defend!" I hollered.

[Zhan Long] pretty much went all out with their long-range attacks. A bunch of half health Barbarian Wolf Cavalry charged forward crazily. Many were directly killed by spells and arrows. However, more and more of them clashed with our Fire Dragon Cavalry.

"F***, what kind of attack was that? !" Wang Jian quickly headed over to block. After a series of attacks, that Barbarian Wolf Cavalryman was wiped out. His face was green, "Be careful, their mounts can deal damage too!"

I placed down three [Azure Dragon Crossbow], holding the blade and sword and slashing about the Barbarian Wolf Cavalry. The God Dragon Horse didn't fear the attacks of the wolves due to its Dragon Emperor Bloodline and dragon aura. These wolves didn't dare to open their mouths. Their combat strength was reduced and thus they could only end up being killed by us.

A bunch of warships docked near the shore and the entire shoreline pretty much ended up as hell on earth. [Zhan Long] fought in an orderly manner under the commands of Lin Wan Er, Li Mu, Yue Qing Qian and I. Although we suffered losses, the Barbarian Wolf Cavalrymen also suffered huge losses too. As for the Royal Army, Han Yuan held his blade and charged up. Behind us, a bunch of barbarian Heavy Shield Unit soldiers charged together, but they seemed to be much weaker. The Barbarian Wolf Cavalry was too strong and one strike could force the Heavy Shield soldiers back. It was so terrifying.

"These bunch of dogs!"

Han Yuan scolded out, "How are they so strong? They are actually much stronger than the barbarians!"

I kept silent as I continued to charge about the crowd. 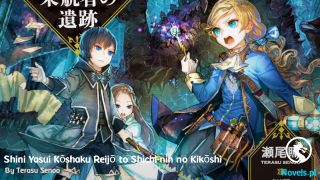