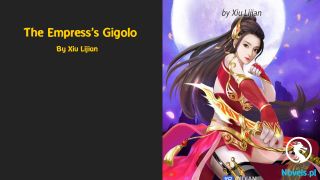 We weren’t disappointed. After the chasing troops entered the forest we faced an ambush. At least a few million Seven Shine City players were ambushing here. Fang Ge Que and Q-Sword led the attack and we broke through. 4 hours of intense battle and we forced back Seven Shine City’s army.

We swept the battlefield and the heaven cannons left many deep holes in the forest. Seven Shine City players and NPC corpses lay in the deep holes. Their potions and equipment shone in the dirt. Li Mu, Wang Jian and Mocha led people to clean up. I led Wan Er and Dong Cheng to kill those players that were still alive.

My flying speed was quicker under God Form and I killed the enemies like I was a part of the wind.

Lin Wan Er and Dong Cheng Yue teamed up and attacked together. These pair of good friends that were close like sisters had such a good relationship that even I felt jealous.

Jing Yin led the bunch of guard cavalries over and said, “Sif is affected, should we charge right into blood mountain range?”

“It definitely won’t be so simple.” I looked towards the west and said, “Sif managed it for so long so she definitely placed heavy troops there. Moreover, they attacked and retreated after a short while, which doesn’t make sense at all. They just want to draw us to attack them.”

Jing Yin was stunned, “Then should we continue to attack?”

“Of course.” I smiled, “Since this battle is unavoidable then let’s choose now. Let’s wait for a moment, let Pearl’s Hybrid Demon army attack at the front. Royal Army and Heaven Barrier Army just wait for a chance. Prepare our cannons, that is our advantage and we need to grasp it.”

I looked at him helplessly, “The hybrid demons are covered in decomposed meat, your taste is so heavy.”

Long Xing laughed and didn’t say anything else. Han Yuan held a red blade and came over. He cupped his fists, “Your Highness, Royal Army killed 20 thousand of them, this is a huge victory!”

I looked at him and said, “Han Yuan, this blade looks good, where did it come from?”

“Oh, this!” Han Yuan looked at his blade and scratched his head, “We found someone from the Limitless Land, someone called Old Man Refiner. He is a seventy year old man that has supreme crafting skills. This blade was made with thousand year iron and flame beast soul. Hehe, he has been hired by the empire to make weapons and he will help each top general craft a good weapon.”

Han Yuan looked at Butterfly and said, “Your Highness, your Butterfly and Chunjun Swords are supreme weapons, naturally you look down on weapons like ours.”

At this point, I noticed that Long Xing’s spear was newly made. It was black and filled with power. Jing Yin’s weapon was an ice wrapped sword and it fit her fighting style. Her strength was slightly weaker so her advantage was in being nimble. Swords could utilise that advantage.

I looked around and the battlefield was mostly cleaned up. Pearl led millions of hybrid demons out of Dragonslayer City and headed to blood mountain range. I ordered, “Continue to travel.”

10 million troops came from Tian Ling City this time. Players and Pearl’s army moved together. After all, the players came for the quest. Everyone wanted to enter to get more points so just go ahead. Royal Army and Heaven Barrier Army were at the back. I led 30 thousand cavalries from Zhan Long to move alongside the Royal Army to protect the cannons. I cared more about the victory and not the points.

At that moment, a message came from Clear Black Eyes. Her name had the City Lord title behind it. She was having a good time, she was the head of the city with 90 million players. She was indeed more suitable, Drunk Maple was more violent and wasn’t intelligent enough.

“Xio Yao, do you want to attack Blood Mountain Range?” She said.

Clear Black Eyes looked unhappy and said, “You are pushing us to the brink. If you wipe out Blood Mountain Range and have Pearl in the north, that would mean you are isolating Seven Shine City. Do you even want to let us live?”

“No.” I smiled, “How can I be so vicious, moreover, we won’t be able to wipe out Blood Mountain Range. Even if we wipe them out we can’t crush Sif’s army. I just want to destroy the hell tunnel. If not, with more hell creatures, they might be able to defeat Tian Ling City’s rule.”

She sighed, “Actually, most of the enemies have yielded to china right? Your Yan Zhao just too over and he even pardoned the marquis in Moon City and allowed a new secondary city to be built. The Vietnamese are heading over. They have bowed down so is that not enough?”

I was shocked. I didn’t expect him to actually do that. He was indeed more suitable than me to defend the empire. I was too quick and wasn’t suitable for soft methods.

“Can you back off when we attack?”

“That is our Seven Shine City’s Army System, if someone attacked Tian Ling City, would you back off?”

“That’s true.” I gave out a self mocking laugh, “Sorry, I only thought for myself. But if you interfere there isn’t anything to gain. China won’t attack Seven Shine City you do understand that right?”

“I know but we still won’t give up. Even if we can’t keep Blood Mountain Range and can’t protect the hell tunnel, but we can ensure that 70% of you die before you can destroy the tunnel.” Her tone was firm.

I could sense her rage. She was a girl with pride and she lost Flaming Cloud City in the first country war and was chased towards the north to join Seven Shine City. Now China took over. Clear Black Eyes wasn’t willing to bow to us which is why she did her final retaliation.

So be it, this battle had to take place.

I turned towards Jing Yin and said, “Send the Royal Army War Hawk Knights out to scout, don’t let go of any detail, they will fight with us there.”

War Hawk Knight surged into the sky and I raised my head. I rode Mei Er to move forwards.

At 5am, 10 million China Region players and NPC troops arrived at blood mountain range. We didn’t stop and just walked in.

Within Blood Mountain Range, many square formations of hybrid demon troops were waiting for us. They were prepared and pumped up.

A square formation had close to 10 thousand people and a Barbarian Wolf Cavalrymen raised his blade and shouted, “For the Hybrid Demon’s pride, our chance to take revenge for Azure is here. Sif is with us, brothers charge!”

Dozens of ten thousand men square formations charged over. That caused dust to billow in over half of the formation.

“Your Highness look there!” Jing Yin pointed to the north west.

A crowd charged over and they were mostly Seven Shine City players. Like what Clear Black Eyes said, the Indians wouldn’t give up. To protect Blood Mountain Range, they would go all out toward us. This meant that we were going to face 5-7 times our number.

But how could 100 million people spread out here? Large amounts of them were still on the way from Seven Shine City.

I glanced and Ye Lai came over to discuss. He shouted, “Follow me, lock the foot of the mountain range. Kill all that comes!”

Ye Lai led a million over. Jian Feng Han and Q-Sword led the players to face the Barbarian Wolf Cavalrymen. Yan Zhao Warrior led some to guard at the entrance of the mountain range to protect our way out. If not, even if we destroy the tunnel, not many people would be able to survive.

In the sky, a black patch of people charged over. Along with a dragon roar, many Sword Spirit Cavalrymen riding wind dragons appeared. They were now level 9 Hybrid Demons and their attack and defence all had huge increases. There were millions of them!

I sucked in a cold breath. This was Sif’s power?

Seemed like we underestimated her. Sif definitely had more troops than Pearl. She could even fight Pearl twice!