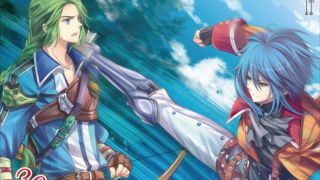 Gu Qing Shan was completely shocked. “I am the inheritor of the Heaven realm’s Dharma?” he asked.

[ Indeed jthe skeleton replied. “But I… don’t feel anything of the sort at all” he muttered.

[ That is because you can directly manifest the results of the Dharma, but don’t possess its core—— there is a core of the Dharma that’s stored within this shelter, you need to merge it with your (Lightning Wraith] technique in order to officially inherit the Heavenly Dharma Jthe skeleton explained. The countless transparent figures of heavenly beings standing in the void of space were looking at Gu Qing Shan with a sincere begging look in their eyes.

As if he was the very last bit of light within the world.

Gu Qing Shan replied: “I understand, is there anything else you want to tell me?”

The skeleton stood up from the flower and spoke: Keep one last thing in mind: absolutely do not provoke the Heavenly Emperor right now, he had already gone too far- much further than any Chosen Saint has ever managed to do. After you leave, it’s best that you do not hold any wishful thinking and immediately flee together with the soul fragment of your Shifu “Will I actually be able to escape?” Gu Qing Shan asked.

F-It will be difficult. A certain pendant had come into the Heavenly Emperor’s possession, after which he managed to achieve countless unbelievable miracles, no one had been able to stop him ever since the skeleton replied.

Indeed, the most powerful of the Four Saint Pillars, the Soul Artifact manifestation of the Fire Pillar——

The Pendant of Fire!

The power to create miracles.

“Miracles… What does that actually mean?” Gu Qing Shan asked.

[ That is an unbeatable power ]

[ Gu Qing Shan, there is no way to win against miracles, you must come up with other solutions! ]

As it spoke, flesh began to manifest from the skeleton until it ultimately became an extremely beautiful heavenly being.

She softly placed a finger in between Gu Qing Shan’s eyebrows.

[ I shall bestow you with the core!

He felt a thunderous boom echoing in his ears, his entire body almost seemed to have been struck by a hammer as he became completely stunned.

An unnamed power appeared from deep within his Thought Sea, gradually transforming into a source of power that belonged to none other than himself.

This was an indescribably wondrous sensation.

Gu Qing Shan felt like he had simply formed a connection with a certain foundational law or rule of the Samsara. Lines of bloody red text also started appearing in the void of space:

[After a countdown of five, your Samsara Divine Skill will undergo a thorough evolution]

(Heavenly Decree - Initiate Tribulation: You can command the various Heaven Tribulations faced by cultivators to fight against your enemies]

[Utilizing the Heavenly Decree will expend your Merit]

(Heavenly Decree - Initiate Tribulation is a Samsara Dharma, which is at the second stage of the Dharma, there are still seven more stages to evolve through)

[Please continue to do your best] Gu Qing Shan quickly skimmed through and turned his gaze back to his surroundings.

But the world around him had already begun to fade away, including the numerous heavenly beings who were all turning into a dim light. [ After one minute, the shelter will completely disappear and you will directly face the Heavenly Emperor- remember well, do not risk your life, flee as fast as you can the heavenly being told him.

Gu Qing Shan said: “But what about you-“

The heavenly being smiled gently and said: [ There is no need to be sorrowful. After so many long years, we can finally enter Huang Quan and once again begin a new life ] [ You, on the other hand, all of our hopes rest on your shoulders now, Gu Qing Shan

Gu Qing Shan nodded: “Please leave it to me”

Gu Qing Shan clasped his fist towards the void of space all around him and silently stood still.

All the heavenly beings around smiled at him, then flew into the air and turned into sparkles of light one by one.

It was as if they were a sea of stars that shined upon the gloomy grey sky, gradually fading away like grains of sand.

[One minute remaining] [The shelter will collapse after one minute]

(After that, the Sequence will be unable to aid you in combat, only the combat synopsis function will be active, acting as a reference for your following battles]

Gu Qing Shan swiftly skimmed through it all and muttered: “That’s quite enough”

He quickly began to ponder.

Miracles mean the definite fulfillment of a wish.

While luck will result in the best possible outcome.

However, from a power perspective, a great deal of the Heavenly Emperor’s strength had already been unsealed, while mine is still fully sealed.

On the other hand, in order to use the Pendant of Fire, the Heavenly Emperor had already paid a great price. -he had lost the power to fight against Apocalypses. At least, during the long years leading up to this point, he had always lacked the power to stand up to Apocalypses.

He was in so much hurry to initiate the Samsara Clash for Supremacy for the sake of regaining total control over the Samsara, once again obtaining supreme power.

At which point, he would no longer need to fear Apocalypses.

No one would be a match for him anymore!

…But I wonder if he has actually managed to reach that point yet.

The bloody red screen in front of his vision was still continuously counting down:

The entire world in front of him became transparent.

The large vertical iris behind him began to

“Do you see it? Those two are the targets this time, do not hold back” Gu Qing Shan whispered.

——Gu Qing Shan was currently the Ruler of Horror!

Finally, the countdown in front of his vision reached its end.

In an instant, Gu Qing Shan vanished from where he stood.

And suddenly reappeared among the inner walls of the hollow mountain.

Xie Dao Ling had only just raised her sword without acting. The Heavenly Emperor was standing on top of the monster’s head, muttering something under his breath.

The army of heavenly beings was standing on the side, completely oppressed by the presence that Xie Dao Ling gave off without being able to move.

The Heavenly Emperor blinked before swiftly smirking: “Xie Dao Ling, if you dare act against me, I will kill him immediately!”

Indeed, I don’t mind risking my life against the Heavenly Emperor, as it isn’t important, but Gu Qing Shan is my successor, he cannot die!

[The Heavenly Emperor had used the Pendant of Fire]

(The fruits of miracle are about to manifest]

(Xie Dao Ling is about to be sealed, and you are about to die]

(This is an unstoppable force, a supreme Law within the Boundless Void!)

As Gu Qing Shan read these words, the situation had changed——

A silver snake emerged from between Xie Dao Ling’s hair, which instantly transformed into a metal rope and restrained her.

“This is the strongest Gu insect I possess, I’ve left it on your body ever since I sealed you numerous years ago!” the Heavenly Emperor coldly declared. As he said that, he turned his vision towards Gu Qing Shan.

He had taken the initiative and activated (Govern Spirit]!

[The miracle has been achieved]

[The power of miracle affecting you has disappeared]

The large vertical iris behind him swiftly began to move.

It suddenly appeared next to the Heavenly Emperor as well as—

-the void monster was encased in ice underneath his feet!

The vertical iris erupted into two masses of charred black blood that leapt towards the Heavenly Emperor and the void monster respectively.

“A Sequence? You were using the power of a Sequence?”

The Heavenly Emperor raised his voice.

A dark shadow suddenly appeared from behind him to help him block this mass of black blood.

The void monster was still sealed within the ice, unable to stop the power of the Apocalypse at all, and was directly consumed by the black blood.

At the same time, a visible red glow began to emanate from the Heavenly Emperor’s body as he rushed towards the top of the hollow mountain.

“Despicable! I won’t let your soul run to Huang Quan, I’m going to imprison you!”

After a moment of silence, the entire mountain was reduced to ash by the eruption of his power.

—— he had destroyed the entire mountain of the Wraith realm’s shelter by merely releasing his presence!

Gu Qing Shan was no longer dead and got back on his feet, swiftly securing Xie Dao Ling.

He stared straight at the Heavenly Emperor and declared: “Thousand Tribulation!”

The Heavenly Emperor immediately sensed this change and shouted with a warped expression: “Why aren’t you dead? What did you do!?”

Gu Qing Shan indifferently stared at him without saying a single word.

——Heaven Tribulations could take many different forms, aside from lightning strikes and manifested lightning creatures, there was also the Wind Tribulation, the Measure Tribulation, and many other kinds.

However, all of these Tribulations were far from enough to fight the Heavenly Emperor.

After all, they were only meant to act as obstacles in a cultivator’s path.

However, there was a unique Tribulation among the Heaven Tribulations.

This Tribulation directly correlated to the karma of a cultivator.

Cultivators who shoulder heavy karma would be submerged within their own sins and result in numerous karmic trials one after another, it could also be said that they would become extremely unlucky.

Without exaggerating, there was a very real possibility of them choking while drinking water and dying. For that reason, cultivators were said to be constantly facing a Heaven Tribulation during the Thousand Tribulation realm - or Tribulation realm for short.

It was only after a lot of consideration that Gu Qing Shan decided to utilize this Heaven Tribulation.

During the Thousand Tribulation, the Heavenly Emperor’s luck would reach rock-bottom with numerous karmic trials waiting to emerge.

Meanwhile, Gu Qing Shan was still under the effects of (True Luck).

With such a huge gap between their luck, the effects of (True Luck] would become extremely pronounced!

“Shifu, are you ok?” Gu Qing Shan asked in a whisper.

“I’m fine, it’s just that my powers have been sealed. You can command the power of Heaven Tribulation now?” Xie Dao Ling casually replied.

The two of them both turned towards the Heavenly Emperor. From unknown faraway places, certain events had already occurred.

Numerous layered worlds began to manifest above the sky.

A gigantic string-like monster could be faintly seen within the layered illusion, which was giving off the presence of endless destruction.

[I finally found you]

A thunderous voice echoed from the layered illusory worlds.

The sword fragment transformed into a brass knuckle and struck Gu Qing Shan directly in the chest.

In an instant, Gu Qing Shan as well as Xie Dao Ling, who he was holding in his embrace, both vanished into the far horizon.

The strong wind howled in their ears.

Back on the battlefield.

The ice around the void monster’s body began to crack.

The black blood from before appeared on its body and manifested into long tentacle feelers.

These feelers then transformed into half-human-half-insect monsters that immediately started buzzing towards the army of heavenly beings in the sky. [ By orders of the Ruler, you will all be eradicated! ]

One of the monsters screeched in a high-pitched hoarse voice.