Support
Random Novel
A Monster Who Levels Up 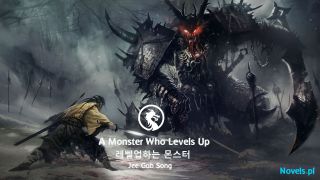 Chapter 530: After The Battle

The next morning, in the Imperial Palace, a maid served the Emperor his breakfast, and when no one was looking, she yawned widely.

Sleep had eluded her last night, as the banshee-like wails echoing through the hallways terrified her. Rumor had it that those cries had come from the bedroom that belonged to the Emperor’s beloved princess. One of the maids, who cleaned the room that morning, claimed she had had to pick up several broken feather dusters, which littered the room. No one knew what had caused the disturbance.

“Tell me again; why will you be out all day today?” The Emperor asked Baiyi as he ate his breakfast.

“I told you already; I need to find shelter for the survivors. I also need to make sure that it’s safe to bring her back to the palace,” Baiyi replied. “What would happen if she went berserk and hurt someone?”

“Very thoughtful of you, but honestly, these are menial tasks you could leave to your subjects,” the Emperor replied, after which his gaze shifted to Mia, who had quiet all morning. “Don’t you think you were too harsh on her?”

Mia’s cheeks were a little red, and her lips were contorted into a scowl. She fed a little cat, whose home Baiyi destroyed the night before, milk from a bottle. A chubby chick waddled across the table, trying to take in its unfamiliar surroundings.

Everything seemed okay at first glance, but a careful eye would spot Mia seated atop a stack of soft cushions — a chilling indicator of what she had suffered the night before.

When they returned to the palace last night, Mia acted as cute as she possibly could, doing all she could to get her Soul Armature to forgive her. When she saw Baiyi ignore her and pick two feather dusters, Mia resorted to plan B: scream for help from her Royal Gramps.

Unfortunately, the Emperor was fast asleep in his quarters.

“She’s all grown-up, yet she still acts like a petulant child! If I had not reached her in time, who knows what would have happened?” Baiyi growled. His fury masked the dread he felt in his heart. If he had arrived later, the soft-hearted Mia would have rushed toward the angel! With how unresponsive the angel had initially been and how much the young cleric hated Rohlserlians, Mia would not have survived the encounter, even though she had godly equipment. Baiyi could not see how Mia could have defeated the angel on her own, if he had arrived too late.

Mia disagreed with Baiyi’s assessment, and this made the Voidwalker wonder if her first act of defiance had triggered her rebellious phase. When Baiyi pulled the blindfold off the unconscious angel, he positively identified the host as Lulu. Mia strongly believed that Lulu, her best friend, would not hurt her, whether she was an angel or not. Mia believed that the power of their friendship would have been more than enough to snap Lulu out of it; to her, that was a better option than her violent Soul Armature beating the angel to a coma.

Mia believed this because when the angel fought Baiyi, not only did the angel not harm her, but she would also gently push Mia away from the chaos, protecting her from danger.

Baiyi scoffed at that Mia after she had said her piece. ” The power of friendship ? Really?! What, you think friendship is magic? Are you ‘My Little Pony’?”

A heated quarrel broke out between the two, and Baiyi made sure to put the prepared feather dusters to good use. The argument worsened when the issue of treating the angel came up. Mia wanted to nurse the unconscious Lulu back to full health, but Baiyi was adamant in his belief that the angel needed a harsher treatment. With fury clouding Mia’s judgment, she fired a waterball at Baiyi.

“She regretted it right after and apologized tearfully. Morning arrived, and she was not talking to me again.” Baiyi shrugged.

“Nngh! It… still… hurts ! And he banned me from drinking medicine,” Mia muttered under her breath. She tried to adjust her sitting position, but a jolt of pain traveled up from her butt and rattled her brain, forcing her to give up.

“Come now. He only did this for your own good, Mia. I stand by his decision; before this, we had never seen an angel before. Your approach was careless and foolhardy. This should serve as a good lesson for you,” the Emperor said, comforting Mia. “But, really, can we please let her have some medicine to relieve her pain? It hurts me to see her this way.”

Baiyi took out a small bottle with purple liquid within it and popped its lid off.

This potion was one of the latest in a line of potions jointly invented by Da Xue’s Alchemy Faculty and the Dole family. It was recognized for its potent healing properties; it could cure the worst kinds of wounds in minutes. Despite being a high-end medicine that cost a fortune, the potion was in high demand, and whenever a new stock is released, they are quickly sold out. As it was one of the privileges given to the Grand Principal of Da Xue, Baiyi had some for his own use.

The Emperor recognized the potion, as he had the memories of his future self, the Archmage. “Ah, the revolutionary medicine initially called ‘Number Six Six Six’, and later renamed ‘Purple Miracle’ by the consumers. Called by some as the best medicine ever sold in Isythre, most people use it only in life-or-death situations; yet, here were are, using one just for you,” the Emperor said, chuckling. “It looks to me like your master really cares about you.”

Moved but embarrassed, Mia buried her head in her hands and whispered, “Thank you, Mr. Hope.” Without further ado, she downed half the potion in one gulp. Afterward, she re-sealed the small bottle and carefully stowed it in her robe. She wanted to give the other half to Lulu, later.

Less than a minute later, color returned to Mia’s face, and she felt much better, despite taking only half the potion.

“Alright, enough about that. How are the captives?” The Emperor asked.

“The angel’s locked up in the palace’s fortified underground basement, where you cage your exotic wild beasts. I added some extra enchantments too, so the cell should be escape-proof,” Baiyi replied.

This was the real reason why Mia was furious about Baiyi’s decision; the Soul Armature was treating her best friend no differently than one would treat a wild beast!

“As for the annoying pipsqueak, I handed him over to Captain Aegis. The captain assured me that he would dispatch the most cold-blooded interrogators to make the pipsqueak talk, and this morning, a full report of his confession arrived,” Baiyi said, handing a piece of parchment to the Emperor.

Mia’s eyes widened, and she tried to shuffle over to get a look at the report. She really wanted to know what the young cleric had done to her best friend.

“Hmm, how disappointing. The interrogators had not gotten to the best part, yet the pipsqueak was already singing like a bird. Weakling. I expected a cleric to have more guts than this,” the Emperor said as he read the report. He made sure to read out the vital parts of the report for Mia.

The boy’s real name was not Yula, after all; his name was foreign and hard to pronounce. He was from a small tribe located between the borders of Rohlserlia and Mornseria. In a conflict that broke out between both nations, the tribe was destroyed. This made the boy hate everyone from both nations.

He crossed the Mornserian border, seeking refuge in the nation, but he was quickly captured, along with others, and enslaved by the government. These slaves were forced to construct the Path of Heaven in Coninopolis. The boy did not know what he had been forced to build, but that did not matter to him, as he no longer had a purpose for living.

Sometime later, the Emperor of Rohlserlia and his sorcerers launched a surprise attack on Mornseria. They did not stay long, but in the time they were there, they massacred all the coworkers the boy had befriended, including a girl that had promised to spend the rest of her life with him. The boy’s lower body was blown off in the chaos, but he did not die.

As despair overtook the boy, he recalled some words he had heard from some mystics that visited the city a while ago. He recited them continuously, unknowingly praying to a god that he did not know. His prayer was answered, and a strange spirit permeated his body, regrowing his lower half and healing his wounds.

That strange spirit later introduced itself to him.

“I am Noirciel, the fourth commander of the Angels under Tylemus, the God of Time. I am also his personal vassal.” Noirciel had also said that she had descended into Isythre to investigate an anomaly that had happened in the realm. She was not granted Tylemus’s Arbiter Right, though. However, the God of Power, Dalos, had blessed her with his powers so that she could restore order and light to the world,” the Emperor said, reading out what was written on the parchment. All of this did not sound like something that could be made up by an uneducated person.

“What the hell is all this?” The Emperor sighed. “What a dose of information overload. Is it just me, or is this God of Power fella someone we know?”

“We do know him a little. Back on Mars, remember? His Arbiter Right was stolen by Godsfall cult, who then used it to start a big hoo-ha,” Baiyi said. “This time, the god decided to interfere, blessing someone else’s angel for no apparent reason! No wonder all my physical attacks failed to deal any damage to her. Only Void Energy, a power outside Laws, could hurt her. Goddammit. This God of Power guy is reaching places that don’t even want him. No wonder some mortals were able to steal his powers in the future!”

“But this other guy, Tylemus, I have not heard of him before. The Bard Walker has no memories of him, too. Could it be that the guy never started a religion and amassed followers in Isythre?” Baiyi wondered out loud.

“Ha! You think a red-blooded buffoon, who consults the lower-half of his body more than his brain, would be an expert at religion?” The Emperor sneered. “He could just be a god that keeps a low profile. Why would this reserved God of Time send his vassal here? It is pretty obvious.”

Baiyi and Mia looked at each other. That angel had come for them.

If that was the case, Mia’s continued interaction with the angel could put her in grave danger.

Baiyi and Mia had met Noirciel back in Aegir, and one of them even fought with her. At the time, why did it not occur to her that they were the anomalies that she had been sent to investigate? Had she been incompetent, or were Baiyi and Mia just very good at blending in? Could her motive be more sinister than what the young cleric guessed?

This was something the young cleric could not answer; he had already told them all he knew. If they wanted to know more, they had to wait for the angel to wake up, and they can question her themselves.