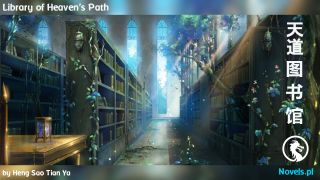 Within the dream realm constructed by the Dream Realm Fighting Soul, everything was created and controlled by Su Mo’s will. Therefore, everything within the Dream Realm did not actually exist. However, Wu Ren Wang did not know this fact. Even if he knew, he still had no way to break free. He only felt that his lifeblood was drained and his strength sapped. He felt extremely weak.

“You… You used some despicable means. Let me out if you have the courage, and we will have a fair fight!” said Wu Ren Wang weakly.

“Fair?” Hearing his words, Su Mo laughed mockingly and said, “Nothing is completely fair. The outcome represents everything!”

With these words, Su Mo raised his sword to strike. In a split second, he sliced at Wu Ren Wang, causing one of his hands to fall helplessly to the floor.

A scream escaped Wu Ren Wang’s mouth as pain shot through his bones and pierced his heart.

With another swish, one of Wu Ren Wang’s legs was similarly cut off.

“Ah!” screamed Wu Ren Wang once again. Even with his high cultivation, he could not bear such devastating pain. His entire body twitched.

“Wu Chen, you should die a horrible death!” roared Wu Ren Wang, his breath thinning out. However, Wu Ren Wang was stubborn. Even with his willpower greatly diminishing, he continued to struggle desperately, trying to escape the dream realm.

Su Mo’s face was turning slightly pale. He had to rely on his willpower and the Dream Realm Fighting Soul’s power to control the stability of the realm that held Wu Ren Wang. This took a large toll on his strength. The more Wu Ren Wang struggled, the more it drained him.

“Wu Ren Wang, where should I bring your flesh and bones once I’m done with you? To feed the dogs?” asked Su Mo, smiling wickedly.

“On second thought, your flesh and bones are completely disgusting. Feeding it to the dogs will dirty their mouths. I should just destroy you!” continued Su Mo, shaking his head and with a raised hand, Ghost Force burst out of his palm. Instantly, the pile of flesh and bones were once attached to Wu Ren Wang were burnt without leaving a trace.

Then, Su Mo’s hand flashed and a long whip emerged in his palm. This long whip was terrifying, numerous nails lined its body as it radiated a cold and murderous aura.

“What do you want?” looking at the whip, fear flooded Wu Ren Wang.

Su Mo’s face was cold and, without any words, he raised the long whip and directly whipped Wu Ren Wang’s entire body.

Clear and distinct lashes sounded out in the gloomy cell, along with Wu Ren Wang’s pain-filled screams.

Wu Ren Wang continued to scream. However, Su Mo completely disregarded the noise and whipped him continuously. Time passed slowly and hours upon hours rolled by.

Three hours later, Wu Ren Wang’s body was unrecognizable. His bones and flesh had been torn apart. His internal organs were scattered across the entire floor. The whole scene was cruel and grotesque

The raw flesh that littered the ground was utterly tragic!

Wu Ren Wang had stopped screaming, as though his soul had already left his body. After three hours of torture, his willpower and consciousness had almost completely collapsed.

With a serious look, Su Mo shook his head and said, “I was prepared to torture you for 10 days and nights. Otherwise, this would be too boring!”

At the same time, Su Mo quietly wondered if he could devour Wu Ren Wang’s Fighting Soul and lifeblood. This, to him, seemed pretty simple. However, to do this and escape the eyes of the Grand Priest and key members in the real world might be impossible. If he exposed himself because of Wu Ren Wang, then he would have wasted all of his efforts to get here. Anyway, as opposed to devouring Wu Ren Wang, killing him would be much easier.

Outside, in the real world:

Su Mo’s body was still but his face gradually grew paler. Opposite him, Wu Ren Wang’s face was dark and his eyes were lifeless. Not only did he look deathly, but he seemed to have lost control of his body, and it began to slowly float upwards. Ghost Force rolled out uncontrollably from him.

“Wu Ren Wang has lost!” The crowd couldn’t help being shock. The unrivalled Wu Ren Wang had actually lost so easily. Wu Chen was not only powerful, but his powers seemed otherworldly.

“Grand Priest, there shouldn’t be a problem, right?” asked the four priests, their brows furrowed. Whether it was Wu Chen or Wu Ren Wang, they were both top geniuses and nothing life threatening should happen to them.

“Let’s wait a little while more!” replied the Grand Priest. Although his cultivation was very high, he had no way of knowing Su Mo and Wu Ren Wang’s battle situation.

However, he could still control the outcome of their battle and ensure that none of them would be badly hurt.

Within the dream realm:

A flash of coldness suddenly passed through Su Mo’s eyes and his vision cleared. Wu Ren Wang’s willpower and consciousness had been completely crushed. Now, Su Mo could dispose of him.

The Grand Priest flew over and stopped beside Su Mo. Glancing slightly at the two warriors, the Grand Priest said, “Su Mo, you have won. The battle will end here!”

“Grand Priest, Wu Ren Wang said outrightly that he wanted to kill me. But now I am just supposed to let him go?” Su Mo wore a discontented look on his face. He already knew that the Grand Priest would stop him. But, before he spoke, he had slightly mobilized his Devouring Fighting Soul. Controlling the devouring power into a thin and weak line, he let the devouring power pass through his arm and enter Wu Ren Wang’s body.

He wanted to devour Wu Ren Wang’s blood force. Although this method of devouring was limited, he would take what he could get.

“He spoke it in a moment of rashness, Wu Chen, you do not have to take him seriously!”

The Grand Priest shook his head and laughed, “If you had lost, I would also not let anything happen to you. The both of you are top geniuses within the tribe. The loss of either of you would be our tribe’s loss, too!”

“However, his cultivation is so strong. What if he gives me trouble in the future?” asked Su Mo with a frown. He was just trying to stall for time. He was devouring Wu Ren Wang’s blood force and needed only a few more breaths to completely wipe out his blood force. He did this in a discrete manner. Since he did not devour ordinary lifeblood, but only the most pure forms of lifeblood.

Wu Ren Wang’s special constitution seemed to be of some Deep Heavens Martial Body. Su Mo did not know the full power of this bodily constitution. However, Wu Ren Wang’s fighting strength was unrivalled and he was incredulously powerful. It definitely wasn’t due to his Fighting Soul alone, but this special body constitution. Otherwise, he could never be that strong.