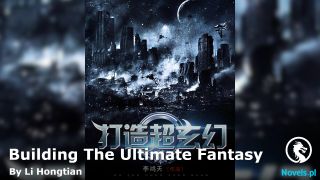 How could Duan Ling Tian not know that he was being targeted at this moment?

Duan Ling Tian also figured out why he had not met anyone for such a long time. Some people must have seen his display of strength when he killed the people he encountered. It was only natural that he did not detect the presence of others while he fought unless he deliberately searched for them.

At this time, the middle-aged man said with a sneer, “Young man, remember not to show off your strength in your afterlife.” Then, he raised his hand before he continued to say, “Gentleman, you can make a move now.”

As soon as the middle-aged man's voice fell, the intermediate Supreme Gods flew toward Duan Ling Tian, looking like shooting stars as they flew in the sky.

Although Duan Ling Tian was confident about his strength, it was impossible for him to deal with so many intermediate Supreme Gods at once even if he used the Divine Tree of Life and all his trump cards. He would stand a chance if the Five Divine Elements in his Little World were awake and had returned to their peak. Alas, the Five Divine Elements were in a deep slumbering state and had yet to recover their energy.

‘Who the hell is he? Why did he hire so many intermediate Supreme Gods to kill me? Moreover, a few of them are quite powerful…”

There were experts in the law of space among his opponents, and they had come prepared. Before they even made a move, they had already disrupted the space around him to prevent him from teleporting away.

With this, Duan Ling Tian had no choice but to dodge the attacks of the dozen or so men.

After the Seven Orifices Exquisite Sword shot out, Duan Ling Tian's doppelganger from the law of space shot out with a sword in hand as well.

In just a moment, the men launched another round of attacks.

At this time, the middle-aged man laughed heartily and said, “Why are you glaring at me, boy? If you're thinking about seeking revenge from me, I'm afraid you can only do so in your next life! Remember me! My name is Hong Zhang Yi, and my grandfather Hong Wei Lyu is a supreme powerhouse! You can only blame yourself for attracting too much attention! Even a direct descendant of a supreme powerhouse like me isn't as eye-catching as you. Unless you were given life-saving means from a supreme powerhouse, you can forget about getting out of here alive!”

Hong Zhang Yi, the middle-aged man, could barely contain his jealousy as he spoke. Needless to say, he was jealous of Duan Ling Tian's innate talent and comprehension skills. He was trying to make up for his inferiority by showing Duan Ling Tian that he had a group of intermediate Supreme Gods who were willing to do his bidding in order to curry favor with him even if his innate talent and comprehension skills were lacking.

“The rudimentary Supreme God's ranking for the advanced chaotic region will have an extra slot after you die! This is also the reason I want you dead!”

Hong Zhang Yi did not doubt that Duan Ling Tian was going to die today. He could not help but gloat in front of Duan Ling Tian. He grew even more excited when he imagined bragging about killing a peerless prodigy like Duan Ling Tian in front of the other direct descendants of supreme powerhouses.

‘The grandson of a supreme powerhouse, huh?”

Duan Ling Tian finally realized that Hong Zhang Yi wanted to kill him to get rid of the competition due to the advanced chaotic region.

‘It seems like the direct descendants of the supreme powerhouses take the ranking very seriously. Otherwise, he wouldn't have gone to such great lengths to kill me. I don't understand it though. The person ranked tenth will only get a drop from that divine fountain or something, right? Don't tell me I underestimated the value of the divine fountain?”

Duan Ling Tian finally realized how ignorant he had been and that he had grossly underestimated the divine fountain.

At this time, Duan Ling Tian hastily dodged another round of attacks. As they continued to attack, he could barely find a chance to retaliate. In the end, he was inevitably injured, causing his Divine Energy to roil violently in his body. If it were not for his 99 Heavenly Veins, it would have been impossible for him to control his Divine Energy that was coursing through his meridians.

‘I need to leave immediately. It'll be too late if I'm injured again!”

Despite the crisis he was facing, Duan Ling Tian kept his composure. He knew that losing his composure at this time would only worsen the situation.

There were exactly 17 intermediate Supreme Gods, and four of them had comprehended the laws to the extent that they could manifest phenomena that shone for a million miles. The few of them were very perceptive and could tell that something was amiss based on the fluctuations of Duan Ling Tian's Divine Energy.

The four strongest intermediate Supreme Gods reacted first and flew out before the others followed suit.

Duan Ling Tian's expression darkened upon seeing this. Since they had anticipated his next move, it had gotten even more difficult for him to escape.

‘Damn it! I was too reckless! I became too complacent because my journey after entering the Realm Battlefield was very smooth! I should've thought about others witnessing my display of strength and spreading word about it…”

Duan Ling Tian realized and regretted his recklessness and complacency at this time. If he had been more careful and not stayed in the same area for so long, he might not be in this situation now. His carelessness had given the opponents an opening.

“Sister Water, are you able to help me out of this situation?”

In order to avoid being further injured, Duan Ling Tian had no choice but to use the Divine Tree of Life.

In just a moment, the vital energy from the Divine Tree of Life surged out of the opening of Duan Ling Tian's Little World into his meridians, helping him to recover rapidly.

At the same time, the manifestation of the Divine Tree of Life appeared and blocked the attacks of the intermediate Supreme Gods.

Unfortunately, the manifestation of the Divine Tree of Life was destroyed in just a few moments. This was not surprising. After all, even an ordinary advanced Supreme God would find it difficult to deal with the joint attacks of 17 intermediate Supreme Gods, let alone Duan Ling Tian who had just become a rudimentary Supreme God.

Duan Ling Tian was capable of killing intermediate Supreme Gods, but even with the help of the Divine Tree of Life, he could only kill two or three of them at the same time.

After destroying the manifestation of the Divine Tree of Life, the 17 intermediate Supreme Gods continued to attack fiercely. Streaks of light flew in the air toward Duan Ling Tian. These dazzling and beautiful lights were like the Grim Reaper's scythe to Duan Ling Tian.

‘Not only did he comprehend the Sword Dao and the Mastery Dao, but he even has a complete Divine Tree of Life in his Little World! He's really lucky!”

As a direct descendant of a supreme powerhouse, Hong Zhang Yi was naturally more knowledgeable compared to the average person. As such, he could tell in just a moment that Duan Ling Tian possessed a complete Divine Tree of Life in his Little World.

“Even if we muster up all of our strength, it won't be of much help to you. We barely recovered from the previous ordeal, after all. Since you sought our help, you must be in a perilous situation now… If that's the case…”

The World Cleansing Divine Water knew that she had no choice but to wake the other Divine Elements up to help Duan Ling Tian at this moment.