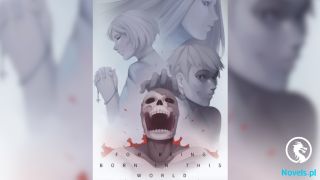 It did not take long for Qian Yin, the Sect Leader of the Hidden Fog Sect, to arrive as well. He said with a smile on his face, “Junior Brother Hai Chuan, welcome back to the sect.”

Xue Hai Chuan and Qian Yin were from the same generation of disciples despite Qian Yin being several thousand years older than Xue Hai Chuan.

After Xue Hai Chuan greeted his acquaintances in the Hidden Fog Sect, he left with Qian Yin and Supreme Elder Lei.

The others looked at the trio’s backs and began to speculate among themselves.

“Do you think Elder Xue came back to help resolve our Hidden Fog Sect’s problem?” “I don’t know. However, although Elder Xue is strong, he’s not strong enough to resolve our problem.”

“I agree. After all, those who attack our members only do so in the dark. They might not be as strong as our core elders or guardians, but they bide their time and launch sneak attacks, making it difficult for us to capture them. Moreover, they don’t attack the strong. They only attack when they encounter the weak.”

“No matter how strong Elder Xue is, he’s only one person. There’s nothing much he can do regarding this matter.”

On the contrary, only two elders managed to guess the true purpose of Xue Hai Chuan’s return to the sect.

One of them said, “If I’m not mistaken, it’s been 10,000 years since Xue Hai Shan was imprisoned in the Heavenly Stairs, right?”

Upon hearing this, the other party’s eyes widened in shock. “That’s right! If you didn’t mention it, I would’ve forgotten about Xue Hai Shan. Indeed, it’s been 10,000 years since Xue Hai Shan was imprisoned in the Heavenly Stairs.”

“Back then, Xue Hai Shan committed a grave sin. As a result, he was sentenced to 10,000 years of imprisonment in the Heavenly Stairs. Later on, Xue Hai Chuan performed brilliantly in the Hidden Fog Sect. With his contributions to the sect, his brother, Xue Hai Shan, should’ve been granted amnesty. Alas, those who are imprisoned in the Heavenly Stairs won’t be able to leave until the stipulated time is up.”

“Elder Xua must have come to see his brother, Xue Hai Shan!”

“Well, talented people like Elder Xue are bolder than us ordinary people.”

After the death of Supreme Elder Feng in Linghu City, there were only three supreme elders in the Hidden Fog Sect.

“Supreme Elder Yun, Uncle Wu,” Xue Hai Chuan called out. The duo was his elders, after all. This was especially true for Supreme Elder Wu who was his master’s junior brother. His master was killed by a Heavenly Tribulation in the past.

“Hai Chuan, you returned to pick up your brother, right?” Supreme Elder Yun asked with a smile.

“That’s right.” Xue Hai Chuan nodded. “I was in closed-door cultivation before this. I only came out when I sensed it was almost time. I’ll wait for my brother to come out, and then, I’ll bring him to the Flying Dragon Sect.”

“You were in closed-door cultivation?” Realization dawned on Supreme Elder Wu when he heard these words. “No wonder you didn’t respond to my messages.”

“You’ve heard about it?” Supreme Elder Wu was slightly surprised.

Xue Hai Chuan nodded. “I only heard about it earlier when I was outside the sect. I found someone lurking outside, and after I interrogated him, he confessed that he was waiting for members of the sect outside so he could kill them. He also told me he was doing that because his son and grandsons died in Linghu City when Supreme Elder Feng detonated his Little World.”

Supreme Elder Lei sighed. “That old man brought so much trouble to the sect even after he died. I shouldn’t have taken his words at face value back then. If I’d kept an eye on him, perhaps, that tragedy could’ve been avoided.”

Supreme Elder Yun scoffed. “Who knew if he did that for the sect or for himself? After all, I’m sure he was afraid of the force behind Duan Ling Tian as well.”

Supreme Elder Wu nodded in agreement. “I still think we should’ve expelled everyone who’s related to him from our sect and announced it to the world. After severing all ties with him, we could’ve quelled the anger of the relatives of those who died in Linghu City.”

“I’m just stating facts. It has nothing to do with adding insult to injury,” Supreme Elder Yun said as he shook his head.

Initially, Xue Hai Chuan, who was standing at the side, could still understand the three supreme elders’ words. However, as the conversation went on, he could no longer understand them. He frowned in confusion as he asked, “Senior Brother Qian Yin, what’s going on? Duan Ling Tian? Isn’t he the Revered Elder from the Linghu clan?”

Xue Hai Chuan had heard about Duan Ling Tian from the old man lurking outside of the Hidden Fog Sect’s estate earlier.

Xue Hai Chuan asked, “I heard he killed Shangguan Xiong Feng so Supreme Elder Feng was adamant about killing him…”

Needless to say, Xue Hai Chuan also learned that the person who caused the incident was the first person after him to become a core disciple despite being an advanced god. When he heard that many people referred to Duan Ling Tian as the ‘second Xue Hai Chuan’, based on what Qian Yin had said, he knew he was not as strong as Duan Ling Tian when he was Duan Ling Tian’s age.

After listening to Qian Yin’s words, Xue Hai Chuan sighed. “What a pity that our sect lost such a prodigy…”

After learning about what happened, Xue Hai Chuan did not blame Duan Ling Tian for killing Shangguan Xiong Feng and Long Xiao. On the contrary, he thought Duan Ling Tian was decisive and brave. After all, if he were in Duan Ling Tian’s shoes, he might not have the courage to kill the duo. Despite his thoughts, he did not voice them out. After all, Supreme Elder Feng was dead, but Supreme Elder Lei was still alive.

“Well, I guess it’s not meant to be,” Supreme Elder Yun said with a wry smile on his face.

“Hai Chuan, what do you think we should do? It’s not just within our sect. Even Senior Brother Quan, Senior Brother Qian, and the others from the Flying Dragon Sect are divided about this matter. Some of them support expelling Supreme Elder Feng’s descendants and disciples from the Hidden Fog Sect and announcing to the world that we’ve severed all ties with Supreme Elder Feng. There are also those who think this is all solely Supreme Feng’s fault and that his descendants and disciples shouldn’t be punished for his mistake. After all, Supreme Elder Feng had contributed greatly to the sect as well,” Supreme Elder Lei said, asking for Xue Hai Chuan’s opinion.

Upon hearing these words, Xue Hai Chuan shook his head and said, “Supreme Elder Lei, don’t ask me for my opinion. You should make your own decision. If you can’t make up your mind, then think about how many lives in the sect will be lost if this matter is unresolved. With that, will anyone dare to join the Hidden Fog Sect in the future? What if this matter doesn’t die down? Moreover, the 10,000 Devils Sect may even seize this chance to kill the members of the sect by pretending to be relatives of those who died in Linghu City. In fact, they might have already done so. After all, this is the perfect chance for the 10,000 Devils Sect to attack the Hidden Fog Sect.”