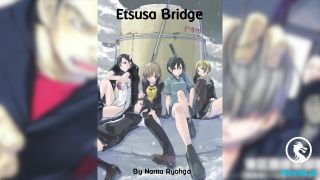 Hua Yuezhu did not know what to say after hearing the man’s firm tone. After all, she was unfamiliar with the details. She had only acted against her duty out of trust in Zhang Xiaohou.

“Mu Bai, you have more eloquence, you tell him,” Mo Fan said.

“Me? Fine,” Mu Bai did not know where to start, either.

Mu Bai arranged his thoughts and explained Zhang Xiaohou’s speculation to the man. He also added some reasonable explanations of his own.

“The underwater river is a shortcut for the sea monsters in the Pacific Ocean to travel to our waters. The sea monsters are planning to use the Forbidden Curse to destroy the silver veins that intercept the river.”

The man turned sideways and looked at Mu Bai.

“We are running out of time. Supreme Commander, there’s a huge chance this is all part of the sea monsters’ conspiracy,” Mu Bai went on.

Mu Bai was panicking now. He was trying his best to come up with the best way to convince the Supreme Commander.

However, they did not have any convincing evidence. The Light signal alone was not enough to prove it was a trap.

They might have absolute trust in Zhang Xiaohou, but the military was not going to stop the operation for mere speculation.

If they were wrong, the Dragon King Krill would invade the coasts and destroy the dams and buildings. They were unable to assume responsibility for the potential disaster.

“There is a kind of highly-intelligent sea monster. They are able to entice humans and make them fully obey their orders. Are you sure the Zhang Xiaohou you met in Hawaii is really him? Have you ever considered the possibility that he’s no longer himself?” the man harrumphed coldly.

Mu Bai was lost for words again. He subconsciously looked at Mo Fan.

Mo Fan did not say a single word. To Mu Bai’s surprise, Mo Fan had already left the hut.

Mu Bai had been talking to the man for some time. He had a feeling Mo Fan was asking him to keep the man busy to stop him so he could leave the hut.

But was it really going to work?

“Sir, the sea monsters might be turning us against one another, but shouldn’t you have faith in your men? Zhang Xiaohou is still himself. He was the first to step forward during the Calamity of the Ancient Capital when millions of people were stuck inside the wall waiting to be killed by the Dark Abyss. He went into the Dark Abyss to stop the Ancient King’s awakening. I can remember what he said even now.

“He could have chosen to be a bystander and wait for the outcome, but he chose to risk his life by going into the Gravitational Vortex to look for the truth. The sea monsters are cunning and vicious, and they are turning us against one another. That’s why we need people like Zhang Xiaohou, people who have passionate, firm, and loyal hearts. If the truth he risked everything to dig out isn’t reliable, what else can we believe? He’s your man, and we are only telling you what we have learned. You are going to make the final decision,” Mu Bai admitted after a brief silence.

The Supreme Commander finally turned around and looked at Mu Bai directly.

In the end, he shook his head. His decision would not change because of a few words.

Zhang Xiaohou was sincere and devoted. However, things were not going to change because of how sincere he was.

Whether it was a conspiracy or a trick the sea monsters used to turn them against one another, the eyes that could see through the mist could also be tricked by other things!

The minute hand was almost stacked on top of the hour hand. The area shrouded by a mist would soon perish.

The old man was still there in the middle of the Magic Formation. He had yet to move his feet.

A man with black hair and a black beard, and dressed in a black outfit was approaching the old man.

“We must stop the Forbidden Curse,” the man said.

He was holding a staff. Both of his hands were holding the staff to support himself.

“The Forbidden Curse has to stop. It’s a conspiracy by the sea monsters,” the man said.

“Kid, I might believe you if you talked to me with your true appearance. Don’t you know it’s a serious crime to pretend to be the Supreme Commander?” the old Mage said with the same grin on his face.

The man subconsciously took a few steps back.

He was Mo Fan! He had used the Eye of Deceit, the special artifact he obtained from the Queen of Eagle Demoness to perfectly disguise himself as someone else.

Unfortunately, the old man had seen right through his trick.

As he thought, the disguise was flawed. If he could knock the Supreme Commander unconscious and copy his traits with the Eye of Deceit, the Forbidden Curse would not have seen through the disguise so easily!

In the end, he still found himself at a dead end.

“It seems like I have no other choice.” Mo Fan removed the Eye of Deceit and reclaimed his appearance.

“Are you going to stop the Forbidden Curse?” the Ice Emperor said.

“What do you mean?” Mo Fan frowned. The demon blood was flowing inside his body.

The Ice Emperor did not answer him. Another voice came from the wooden hut behind him.

“Mo Fan, the clock is only a guise. We never said we were going to be punctual!” The Supreme Commander slowly walked toward Mo Fan. He had draped a coat over his shoulders.

He was walking at a slow pace, but he soon arrived close to Mo Fan.

The old Ice Emperor stood in front of him, while the Supreme Commander was behind him.

Two Forbidden Mages had their eyes on Mo Fan simultaneously!