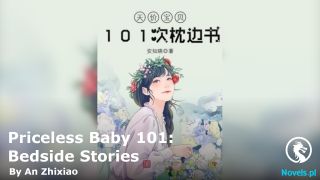 For a moment, Mo Fan thought Mu Ningxue was angry with him. Otherwise, why would she request not to be disturbed?

He was glad that Mu Ningxue was not angry at him. But he was sad that he could not be with her when she was out there in the inaccessible and extremely cold world.

“You don’t have to explain it to me. I understand,” said Mo Fan.

When Mu Ningxue explained things to her, she had emphasized to Yan Lan that Mo Fan was a reckless person. So, she had made Yan Lan promise not to tell him that she was in danger. Instead, she had told Yan Lan to only convey that she was in a hostile environment trying to break through her barriers.

“It’s good that you understand. The incident that happened in the Extreme South is too complicated, and it involved a lot of…” Yan Lan let out a long sigh.

Yan Lan did not know much about the incident. All she knew was that she trusted Mu Ningxue. She guessed the reason Mu Ningxue had escaped from the incident was related to the powerful corrupted experts who held supreme positions in the alliance.

“I’m glad that you managed to make it back and inform me about all this. Speaking of which, when I was on my way back yesterday, I bumped into Clark. He said he came from the Holy City and wanted to kill Wei Guang. Did you just mention that Wei Guang was your group leader?” asked Mo Fan.

Clark had killed the Black Panther Summoner and the White Panther Summoner. He had taken Professor Wang back in chains. The recruitment team members were either killed or held under control. If it had not been for Mu Ningxue, Yan Lan would not have been able to return from the Extreme South Land alive.

Even to this day, Yan Lan dared not reveal her true face and name. Even though she had come back to her country and was aware that Mo Fan stayed near her, she had to keep herself well hidden.

“They refused to spare us.” Yan Lan looked sad.

“The way the Holy City does things is always cruel. Regardless of whether the Holy City is truly a centralized extremist, one thing is certain, someone is doing something from the shadows in the name of the Holy City. Thank you for informing me about Mu Ningxue’s current situation. Don’t worry, I won’t rush to the Extreme South Land,” said Mo Fan to assure her.

Even though Mo Fan wished he was at Mu Ningxue’s side, he would only become a burden to her if he went to the Extreme South Land recklessly.

Mo Fan did not possess Mu Ningxue’s special ability. He would only be tortured by the cold and become half dead, just like the other Mages.

Even if he found Mu Ningxue, she would only be distracted trying to keep him alive.

Since she had made up her mind, there was no need for Mo Fan to attempt to change her decision.

However, this did not mean that Mo Fan would just stand by and do nothing. He had to figure out the entire situation.

The first thing he had to do was to ensure the safety of the group members who had gone to the Extreme South Land with Mu Ningxue.

The Holy City had assigned someone to kill Wei Guang and Yan Lan. They had secretly issued the wanted notice. They only had one purpose for doing so. They wanted to kill those who had witnessed the incident after which there would be no one to contradict their words and they could add criminal charges to Mu Ningxue’s name.

The alliance and the Holy City had not issued any announcement about recruiting Mu Ningxue. It meant that they had some concerns with them. Wei Guang and Yan Lan would mostly be their concerns for now.

“So, the Holy Shadow Apostle thought you were Wei Guang, huh?” Yan Lan asked in surprise.

Yan Lan knew about Clark’s power. When he killed the White Panther Summoner and the Black Panther Summoner, the two brothers lacked the ability to fight back. Even the great Mage, Li Wenbin, had been defeated before he could even cast a spell.

‘If Clark had mistaken Mo Fan for Wei Guang, wasn’t Mo Fan in danger?’ Yan Lan thought. She looked at him carefully. He didn’t seem to be hurt at all.

“Did someone save you?” asked Yan Lan.

“Of course not. I beat him and then escaped when he cast his forbidden spell,” said Mo Fan.

“That’s impossible! Clark is a Forbidden Mage who can cast an independent forbidden spell. You have to be very careful. He possesses an odd ability and can trace you.” Yan Lan looked pale.

If it had not been Mu Ningxue’s sudden appearance, she and Wei Guang would not have survived.

“I’m going to the Forbidden Curse Association later. Come with me. It’s pointless to keep hiding from the issue. Since the Holy City members don’t dare to announce it openly, we can pressure them to do so.”

Yan Lan and Wei Guang had hidden themselves well. But if Clark found them, they were as good as dead.

It would be difficult to survive a killer who was a Forbidden Mage. Therefore, Mo Fan wanted to raise public awareness with the help of the community.

Raising public awareness was the only way to deter the powerful members of the Holy City.

They had the audacity to do anything, but they dared not become the world’s enemy openly.

“But some of the alliance members are from China’s Forbidden Curse Association, and they work for them. How can we tell if they can be trusted?” Yan Lan asked with concern.

“We have to find someone that we can trust, then,” said Mo Fan. “Mu Ningxue asked you to look for me partly because she wants me to ensure your safety, too. Don’t worry.”

Things were complicated. Mo Fan had to figure out a way.

Wei Guang was the key figure. Yan Lan did not know much about the exact situation. She happened to become one of the targets, and Mu Ningxue had saved her from Clark. Wei Guang was the only one who was aware of the whole truth.

Mu Ningxue tried to warn Mo Fan that Yan Lan and Wei Guang were the two key figures in that incident by having Yan Lan to look for him. Therefore, Mo Fan had to ensure their safety to protect Mu Ningxue.

They waited outside for a while before the red, wooden door opened. Mo Fan saw a familiar figure come out of President Hong Wu’s office. Yan Lan stood at the side. When she saw the figure, her face turned as pale as a ghost!

“Mo Fan, why are you here?” President Hong Wu smiled warmly at him. “Since you are here already, let me introduce you to someone. This is the Holy City’s Able Angel, Clark. He’s also my sister’s son from Italy. Clark, this is Mo Fan, the Totem Beast Hero whom I mentioned before. He’s the one who summoned the Sacred Totem Beast and gave us a ray of hope in the battle in Magic City.” He could not wait to introduce his nephew to Mo Fan.

“We met each other yesterday. It looks like fate brought us together again.” Clark smirked.

Mo Fan chuckled. ‘Such a small world. Pity I have to see this numbskull again!’

“Have you met before?” asked President Hong Wu, confused.

“Yes. I went to the Magic City yesterday and roasted meat in the ruins. The d*uchebag smelled the aroma, then fought with me for the food,” said Mo Fan.