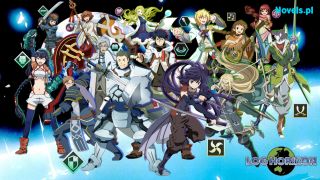 The arrival of the soldiers of the Castellan surely made everyone a bit shaken after learning that they are already right on their doorstep. After all, it was the first time a massive amount of soldiers are coming to their doorstep and with only a few people to combat the number of soldiers invading, it's not a wonder they feel the threat is big enough to fear for their lives.

I can also see the nervousness on Alain.

"You nervous, man?" I tapped his shoulder.

"Heh, not really. More like I am excited. After all, if the Castellan decided to bring out most of his troops just to wipe out a measly group like us means he views us as a big threat he can't ignore."

He grins like a crazy guy. Definitely one of Dolly's people.

Now that the enemies are already marching at our doorstep, I signal Alain to do it in which he nodded in response before giving out the command.

"Everyone. This will be our first battle that will be involving the Castellan's soldiers. We are facing a quarter of his army and although that is just a very small amount for him, that is already very big for us. However, we will not yield! This is our home, the sanctuary! The Bastion and last hope for us who are thrown away, neglected, and have been persecuted by the laws of the Angels. Give them the answer that we will not just stand down and surrender. Lift your heads up high, we will defend the place that we call home, and together, we will fight all of our oppressors. This is our liberation!"

His speech of Alain seems to pump up action in the blood of everyone they all screamed in unison.

"Now, let's all begin defending our home! Do not let all of those bastards ruin our land! Protect it!"

Everyone immediately went to their post. Alain looked at the three of us with a grin on his face.

"Let's win this unwinnable war, shall we?"

After that, we jumped off from the wall together with Sigma and Harmless Sparrow and activated our flight ability to land on the ground.

"Are you sure guys that I should go ahead and wreck them up?" I asked the two.

"Isn't that the main plan? You are the only Versatile among us and you have the ability to use [Stealth] so for us to go there would be a waste of time. Go wreck them out and regret coming here. Make chaos."

"Alright guys, defend the port, while I make some chaos there, make sure no one else will pass by."

After that, I activated my [Stealth] ability and continued flying toward the marching army while Sigma and Harmless Sparrow landed nearby. I am really excited since this will be the first time I will be wreaking havoc against NPCs and not monsters for the first time. Time to get wild I guess.

Silently landing at the very back of the marching angels are the mages who are focused on chanting their spells so that they can fire it up when needed and maintain it, they need to put all focus on it without regarding the surroundings which are why they are faced behind the marching group with armored angels covering them from the front.

I grab one of the mages and stab his back, and before I can dispose of the body, the shadow dragon opened its mouth, swallowed the mage, and demanded more. Well, that is an easy way to dispose of bodies then.

And since I was not detected after killing the first guy, I continue the killing of the mages. No one noticed it yet and I don't know why they have not noticed. Perhaps because the armored guys are fully armored head to toe, the head armor only allows them to watch up ahead and not realize what was happening behind them.

It didn't take too long for me to dispose of almost all of the mages in one attempt. And without the bodies scattered about as they are all devoured by the shadow dragon, there is no evidence the mages are killed either. They were like they disappeared.

After killing every single mage on the backline, I retreated, cast [Stealth], and followed behind in case they have something cooking behind as well, that way, I can sabotage it as fast as I can.

There are archers in middle but they are just archers and I don't see anyone carrying a gun or a cannon so it seems they are relying on the mages to show the firepower of the Castellan's army. But with that gone, is there any firepower left except their defensive power? I don't even view the Castellan as someone strong. He doesn't possess much power and he easily died back in the past timeline as well.

Castellan's army continues to march until they reach the area where they are only a few kilometers from the village that are now walled with everyone waiting to bombard the Castellan's army a pack of pain. In front of them are Harmless Sparrow and Sigma standing to stop the march? The castellan stopped the marching army and he move forward.

"So the rebels decided to employ adventurers instead of going out to face our massive army, huh? Bunch of cowards they are," the castellan started mocking Alain immediately.

"Huh, really? Isn't that a tactic? There is nothing wrong with hiding behind walls if you wanted to win. This is war after all and there is no such thing as chivalry and turns in wars. Don't spout your chivalry bullcrap all of a sudden," Sparrow spits fire at the Castellan.

The Castellan didn't like what Sparrow said to him. "Blasphemous! You are insulting the Goddess of Life! And for siding with the fallen rebels, you all are a disgrace."

Sigma stepped forward, puts her arms crossed, and stood in front of the Castellan. "We don't care. If you really want to preach your religion, preach somewhere else. Preach that bullsh*t somewhere you get some ears to listen in."

Sigma's words seem to have triggered something in Castellan.

"This is no longer acceptable. You all will be dying today! Soldiers, forward!"

The armored angels started moving forward, with metals clanging with every step on their feet. They are ready to fight and use their spears to fight Sigma and Harmless Sparrow but they sure picked the wrong opponent.

Large gold chains appeared out of nowhere, mowing down a few lanes of the soldiers.

"I would start running if I were you guys. Escaping is not an option when I am around."

And then, screams started to echo all around as the gold chains started their attacks. Can't believe I managed to survive an assault of those thousand chains during the last Battle For Blood and emerge as the winner.

Despite a lot of their numbers getting demolished by the chains, the soldiers are unyielding and started attacking. But Sparrow intervenes and with a sword blazing hot in her hands, she started slicing and burning every single soldier who is attacking them. Not a single one is being saved as a result.

The Castellan didn't like it when just two adventurers are pummeling and shoveling them without effort so he decided to switch targets instead.

"MEN! IGNORE THE TWO ADVENTURERS, TO THE REBEL'S WALLS! BURN THEM DOWN! TEAR THEM DOWN, BRING THEM DOWN TO PIECES!"

The soldiers followed the orders of the Castellan but because they are facing Sigma and Harmless Sparrow, running is not an option. It's either they beat them up or get killed by them.

"Where are you ants going?"

Multiple giant crosses fell to the ground, surrounding the invading army with the light, and started to release more chains.

"Impossible. Why are you using the power of the Goddess of Life despite not believing her?! Unacceptable! This is unacceptable!" the Castellan looked like he was malding a lot.

"Gonna cry?" Sigma grinned and multiple gold chains came falling down to the ground, piercing through the running soldiers.

"MAGES! BURN DOWN THE WALLS! DON'T LEAVE THE WALLS STANDING BY THE TIME YOU ALL FINISHED FIRING MAGIC TO THOSE WALLS!" the Castellan shouted.

However, no one responded. In fact, it seems like no one even listened. He looked behind him and realized that all of the mages that were still chanting earlier are all gone. Not a single one of them is there. It was like they are swallowed by someone without them knowing. The strongest firepower the Castellan was trying to use, disappeared like smoke blown by the wind.