Chu Yanwei was still a little dazed as he replied, “Out of the two Holy Ladies, one of them is at the frontline. The other one seems to be in trouble. I heard she was locked away and imprisoned at headquarters.”

Huo Yuhao was delighted, and continued probing, “Where is the headquarters?”

“Headquarters? It’s…” Just as he spoke until here, his pupils dilated. Following this, he started to shake tremendously, and his body began to balloon at an incredible speed.

“Sh*t!” Huo Yuhao shouted. He turned around and leaped towards Nan Qiuqiu and Bei Bei. At the same time, he quickly switched his martial soul to his Ice Jade Empress Scorpion. He smacked Chu Yanwei’s body, causing it to expand at a slower speed.

Three figures rushed out of the room simultaneously. After this, a loud explosion sound was heard.

There were even sizzling sounds along with the explosion. Bei Bei’s office was blown apart. The huge explosive force went all the way into the sky, forming a greyish mushroom cloud. It was about to spread.

Huo Yuhao didn’t dare to delay any further. He mimicked a lifting action, and a strong tornado was unleashed from his hands. His Ultimate Ice soul power shot into the sky, turning into countless snowflakes. These snowflakes engulfed the greyish fog in the air before sending it further up into the sky.

Huo Yuhao charged up following this, controlling his snowflakes. He froze them before turning them into a giant, greyish ice ball. After that, he put this ball away in his storage-type soul tool. This prevented the lethal poison from spreading.

“Little junior, are you hurt?” Bei Bei flew to Huo Yuhao’s side.

“I’m fine. I just didn’t expect that some kind of curse was actually placed on Chu Yanwei’s body by some senior evil soul master. This soul master’s method is really weird.”

Bei Bei was also given a shock. He could still clearly remember that the explosion of an evil soul master’s corpse that hurt many of his seniors during the Continental Advanced Soul Master Academy Soul Dueling Tournament when he was still a reserve squad member of Shrek Academy. That was also the reason why they were chosen to compete for the academy.

It was a Soul Sage who had blown up earlier. Fortunately, the body of that Soul Sage was very weak, which was why the strength of the explosion wasn’t too great. Otherwise, the three of them might not have been able to escape in time.

Huo Yuhao replied, “If I’m not wrong, it must have been placed by a Titled Douluo. This Titled Douluo must have grown some kind of weird soul power in Chu Yanwei’s body. There’s even a spiritual aura to this soul power which is tightly connected to Chu Yanwei’s own soul and spiritual origins. When he’s about to reveal some secret, he would initiate an explosion using his own soul and spiritual power, just like what we saw earlier. Evidently, anything on the Holy Ghost Church’s headquarters is top secret.”

Huo Yuhao smiled and said, “However, we’ve already achieved our goal. Teacher Xiao Ya is at the frontlines of the Heavenly Soul Empire. This is valuable information. Sister Xiaotao is at the headquarters. It seems like she’s unable to repress the evil fire in her. We must think of a way to quickly find her so that I can help her. Otherwise, she’ll do a lot of things she doesn’t want to once she loses her rationality.”

Although Huo Yuhao didn’t explicitly say anything, Bei Bei understood what he meant. Right now, everyone else had already surrounded them.

Xu Sanshi, Jiang Nannan, Xiao Xiao and even He Caitou were here. Seeing that Huo Yuhao had awoken, they were all delighted. They only knew what had happened after asking him.

Xu Sanshi looked at Bei Bei. “How? No matter where, I’ll follow you. When are we setting off?”

There was a complex look in Bei Bei’s eyes. He unwittingly clenched his fist, and his breathing had evidently become heavier.

This was their first time receiving accurate information on Tang Ya ever since their second tournament. It would be a lie to say that he wasn’t anxious at all. However, the Sun Moon Empire had deployed a few soul engineer legions at the frontline. There were evil soul masters from the Holy Ghost Church there too. It would be extremely difficult for them to save Xiao Ya. Furthermore, the Tang Sect was in a very important developmental stage right now. If everyone was brought along on this mission, failure would affect the future development of the sect.

“For my own selfish reasons, I can’t…” Bei Bei said achingly.

“Eldest senior, don’t put it that way. If not for Teacher Xiao Ya, there wouldn’t be a Tang Sect. Third senior is right. No matter what, we’ll follow you on this trip. We must save Teacher Xiao Ya.” Huo Yuhao said with determination.

Jiang Nannan, Xiao Xiao, He Caitou, Ji Juechen and Jing Ziyan all nodded their heads. They all looked very determined.

“Thanks, thanks everyone.” Bei Bei peered into the sky. Normally, he was very composed. However, he was clenching his lips tightly right now. He was well-aware that they would face many problems if they all went on this trip. Although they were from the Tang Sect, everyone knew that the Tang Sect and Shrek Academy were almost the same. Once they embroiled themselves in the war, it undoubtedly meant that Shrek Academy would be joining the war. This would affect the entire academy!

Bei Bei looked at everyone and said heavily, “This matter is of vital importance. I can’t decide alone. It’s not even something that the Tang Sect can decide. Go get busy first. I’ll ask Elder Xuan and see what he thinks.”

Everyone nodded. If they wanted to save Tang Ya, they would need to consult the academy first. In addition, they would be more likely to succeed if they had the academy’s support.

Huo Yuhao returned to his room to wash up and change his clothes. As he changed his clothes, he couldn’t help but think about where his bloodstained clothes had disappeared to. Did Tang Wutong change my clothes for me? I really have to ask her what happened when I go to the academy this time.

Bei Bei and Huo Yuhao left the Tang Sect and rushed to the academy. On the way, Bei Bei told him about the sect’s development during this period of time.

The threat posed by the Sun Moon Empire was simply too great, such that the Dou Ling Empire and the Star Luo Empire had great support for their efforts.

In terms of soul tool technology, these two empires were lagging slightly behind. At least they weren’t on the same level as Shrek Academy. The academy agreed to supply soul tools to them at cost price when they had manufactured sufficient soul tools. These soul tools could be used to resist the Sun Moon Empire.

According to their current progress, the soul engineer legions would be fully equipped in less than a year’s time. The three soul engineer legions were already being trained under Xian Lin’er and Qian Duoduo’s tutelage. All the inner courtyard students were involved in the training. They were going to be the main force in the future, and they were also going to be the elite force. In terms of soul masters, Shrek Academy never had to fear anyone else.

The Tang Sect was basically on the right track now. There were more and more disciples in the sect too. Many of them came from the academy, especially from the Soul Tool Hall. Basically, the sect was the same entity as Shrek’s Soul Tool Department. The students nurtured by the academy had to be tested in the Soul Tool Hall first. This was a win-win situation for both the Tang Sect and Shrek Academy. Furthermore, the students had many rare metals to experiment with. This was especially beneficial to their cultivation, which was met with great approval from the vast majority of teachers and students.

It wasn’t far to travel from the sect to the academy. In just a while, the two of them were already at the east gate of the academy.

Ever since the new Shrek City was built, the academy was fully encompassed within the city. It was no longer at the edge of the city anymore. Huo Yuhao also asked about the situation at the Spirit Pagoda. The overall development of the Spirit Pagoda was stalled by the war. However, the academy had experienced great development. Following the increase in the number of successful Spirits, more old and dying soul beasts were willing to offer themselves. Furthermore, the establishment of the Spirit Pagoda also reduced the number of humans entering the Great Star Dou Forest to hunt for soul beasts. This fulfilled Huo Yuhao’s wish when he had first established the Spirit Pagoda. Indeed, there were a few good things going on.

Support
Random Novel
The King of the Battlefield 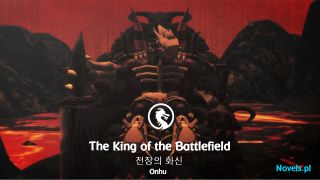