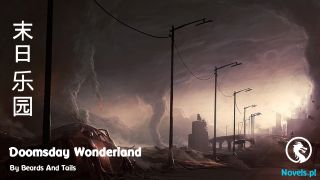 Whiteheart Hall, this was the residence that the Tang Family specially opened up for the retainership of one heavenly alchemist, Gu Mao.

Gu Mao was a grade one heavenly alchemist who could be ranked even in the entire Eastward Country, his status being aloof.

Even if he was a retainer, but actually, Gu Mao and the Tang Family were equals.

Even Tang Jinhua also did not dare to order Gu Mao around.

Since Ye Yuan wanted to widen his knowledge about heavenly alchemists, Tang Yu naturally brought him to find Gu Mao.

In the great hall, Gu Mao was currently preaching Dao to a group of apprentices.

A cluster of pale blue flames was leaping about in his palm.

A stalk of heavenly medicine was being tempered in the flames.

“Refining the Dragonbone Grass, the Dao fire needs to be well-distributed, and you have to use your affinity to retain a portion of the power of rule, and get rid of the waste material …”

Gu Mao taught the apprentices as he tempered it, looking very relaxed.

While those apprentices had looks of admiration.

To be able to temper heavenly medicines with such apparent ease, Master Gu Mao was well-deserving of being Master Gu Mao!

That Dragonbone Grass was already refined into a paste form.

His gaze looked toward Tang Yu, and he said coolly, “Why did Young Master Tang come here?”

Tang Yu gave Gu Mao a bow and said respectfully, “Master Gu, this friend of mine is very interested in heavenly pills, and je wanted to come here and learn from you. I wonder if Master Gu can accommodate a little?”

“Brother Tang, you brought an ascender to come and learn alchemy, is this smashing Master’s signboard?”

“Huhu, Brother Tang, are you here to make a joke? An ascender also wants to refine pills?”

“One look and it’s clear that this brat just ascended. Is he here to refine pills or to tend to the fire?”

The moment Tang Yu opened his mouth, it immediately drew mockery from the group.

Ascenders refining pills was like a sow climbing up a tree, being absolutely a novelty.

Many ascenders did not believe in heresy and wanted to become heavenly alchemists, but they eventually became laughing stocks.

Clearly, they ran into another one who did not believe in heresy.

Seeing Gu Mao’s expression, Tang Yu secretly thought to himself that things were not good, and hurriedly said, “Master Gu, this friend of mine just wants to broaden his knowledge. He’ll just sit in and listen to you.”

Gu Mao snorted coldly and said, “What’s a good-for-nothing sitting in here to listen for? Even if he listens until seas wither and rocks decay, he can’t perceive the reason why too! Young Master Tang, you’re also from a learned family. Don’t you even understand this bit?”

Tang Yu had an awkward look, he knew that it would be this result long ago, but how could he dare refuse Ye Yuan’s request?

He could not resist sneaking a peek at Ye Yuan and discovered that Ye Yuan did not get angry. Only then did he feel slightly relieved.

But Gu Mao did not care about Tang Yu’s awkwardness and said directly to Ye Yuan, “Brat, if you have this bit of time, why not put more of it into cultivation?! This Grand Brightjade Complete Heaven isn’t when you were in the Lower Realms anymore! Even if your alchemy path strength is exceedingly formidable in the Lower Realms, you’re also a bug in this place! Furthermore, just a bug that can never roll over!”

Gu Mao was already very courteous on the account of Tang Yu’s face.

After all, the Tang Family had supported him a lot over the years.

One had to act out of consideration for others. He could not very well flare up too much.

If somebody else came, he would have long sent them out with a slap.

“You’re crazy!” Facing everyone’s taunting, Ye Yuan had kept silent the entire time. But at this time, he suddenly said those words[1].

Tang Yu had his soul frightened out of his body by this sentence.

He cried bitterness without ceasing in his heart, but it was already too late.

Damn it! Knew that it was nothing good! My good big brother, aren’t you killing me here? Tang Yu said in despair in his heart.

“What did you say?” Gu Mao’s face turned dark as he said in a solemn voice.

With this, it was going to offend Master Gu Mao badly!

“B-Big Brother, j-just kill me! If you were to anger Master Gu Mao away, my Tang Family will be ruined too!” Tang Yu directly knelt down for Ye Yuan with a thud.

Both sides were heavyweights, neither one could be offended. Tang Yu was like an aggrieved little wifey who was about to break down.

“Hurry up and apologize, maybe we can still spare your lowly life!”

Gu Mao’s disciples were all filled with righteous indignation, wishing to skin Ye Yuan alive and swallow him whole.

Who was Master Gu?

The Tang Family’s family head, Gu Jinhua, did not dare to show any disrespect to him too.

This ascender who came from god knows where actually dared to call him crazy!

When Gu Mao heard that, he said in great fury, “Insolent thing! You’re the crazy one! Tang Yu, if you don’t give this old man an explanation today, my cooperation with the Tang Family will end here!”

He clung onto Ye Yuan’s thighs and complained tearfully, “Big Brother, if your anger hasn’t been appeased yet, just kill me! As long as you let the Tang Family off!”

How could he still not understand now that Ye Yuan was simply here to harm him? How was he interested in whatever heavenly alchemist?

Ye Yuan ran over and directly attacked Master Gu without another word.

Was the meaning not obvious yet?

Ye Yuan could not be bothered with Tang Yu and said coolly, “Your fire control seemed like lifting something heavy as if it were light just now. But actually, it palpitated many times in the process. This kind of situation should be caused by fire poison making mischief. If I didn’t guess wrongly, the fire poison within your body is likely almost overwhelming you already, right?”

Those apprentices could not see the reason why. Hence, earlier, each and every one of them was amazed greatly.

But what kind of visual prowess did Ye Yuan have?

He could tell at a glance that during the process of Gu Mao’s fire control, there were many indicators of instability.

Of course, it was also merely just a little bit, it had not reached the point of losing control yet.

Furthermore, he could feel that although Gu Mao controlled the Dao fire very fiercely, it was extremely turbid.

If one did not handle it properly when controlling fire, it was very easy to accumulate fire poison within the body.

Therefore, that was why Ye Yuan said that he was crazy!

He was not attacking Gu Mao, but that Gu Mao was really ill!

“Brat, you’re really tired of living! Don’t think how impressive you are in the Lower Realms, reaching Grand Brightjade Complete Heaven, you’re not even a fart!”

“Displaying your slight skill in front of Master Gu? Heh, he’s one of Eastward Country’s few grade one heavenly alchemists. What problem he has, wouldn’t he know himself?”

“Looks like you’re courting death yourself! Brothers, exterminate him!”

The group of disciples was eager for a fight, already planning on finishing Ye Yuan off.

They were Gu Mao’s disciples and did not need to give Tang Yu too much face.

Ye Yuan was so overboard, they naturally had to give it to him.

The group of disciples were stunned for a bit, turned back to look at Gu Mao, but they discovered that Gu Mao’s expression became unprecedentedly solemn.

“All get lost for Master! Also, today’s matter, whoever dares to leak half a word, Master will clean up my household!” Talking up to here, Gu Mao seethed with killing intent.

Everyone had astounded expressions!

[1] Unfortunately, it’s one of those Chinese wordplays that can’t quite be translated. The words ‘You’re ill’ can also mean ‘You’re crazy.’