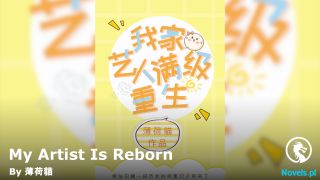 Gumihou: Dramatised some of the battle scenes

“Hah! Take this!!” Dora-chan opened his mouth and shot a Fire Ball at the Giant Dung Beetle.

…the Fire Ball from this little dragon was bigger than anything I had ever produced. Well, considering our difference in level…

“Fear not, Sui. There is plenty more prey out there.”

Dora-chan had been battling the dung beetle all this while. Suddenly, there was a loud explosion and, wow, I didn’t know that dung could explode… I instinctively ducked as pieces of brown stuff flew all over the place.

I am super glad about Fer’s barrier.

“Ugh…” and I had just recently recovered from a queasy stomach…

Personally, I hate it.

“Oi, what about the Drops?”

“Um,” I can feel my face twisting with disgust at the thought of touching something associated with dung.

“Umu, an A Rank Tyrant Scarab should drop a magic stone at least,” said Fer.

“I… let’s leave it,” I said finally. I’m not hard up for magic stones, so why root through sh*t to get another one?

And just like that, the matter of the Drop was dropped.

We continued on our journey.

Naturally, every monster that popped into our line of sight was utterly destroyed by Fer, Sui and Dora-chan.

Well, nearly all of them.

After Sui defeated a particularly large Sand Worm that had popped out with a giant Acid Bullet, I went forward to collect the magic stone. As I stood up, something caught my eye.

At first, I thought it was just an oddly shaped mountain. The brown mountain looked out of place in this land of shifting sands. Then, a third lump slowly rose from the ground and my brain finally understood what my eyes were looking at.

“Umu, indeed. It’s a Mountain Camel, its gigantic size could rival an ancient dragon. It is one of the largest land monsters in the world.

““Sui will defeat the monster!”

“No need, just leave it alone.”

I thought Fer, of all monsters, would be enthusiastic about taking down such a huge thing.

“Umu, its meat is terrible. It is incredibly difficult to defeat and the meat is barely edible.”

“Woah, it must be super bad for you to make that face.”

I agree with Dora-chan and cast a worried glance at the so-called Mountain Camel.

“Well, it’s not like we’re guaranteed to get a meat Drop from that guy,”’ said Dora-chan. “But we could possibly get a magic stone at least.”

We all looked at the slowly lumbering figure in the far distance.

Since Fer was being strangely reluctant, I decided to [Appraise] the creature.

As its name suggested, it is as huge as a mountain. It is among the Top 10 largest terrestrial monsters. Mountain Camels have a rather mild temper, but due to their large size, they could barely see their own feet and could accidentally trample over nearby creatures and villages.

The meat is edible but has a strong gamey scent. Leather is not strong enough for armour and is not favoured for other goods due to its odd odour.

“… well, since we can’t get a good Drop from it, might as well skip hunting this one. As for magic stones, we have plenty enough, so let’s look for other prey.”

Our party traversed through the desert for 5 days.

My familiars went after monsters and vented their frustrations from the past two floors on these poor creatures.

Eventually, our group meandered towards the Boss of 43rd Floor.

The Boss was a huge, jet-black snake. It coiled around a large cube structure made with cut rocks. There were stairs leading downwards within the cube, presumably to the 44th Floor.

I cast [Appraisal] on the snake.

Greatly feared as the Messenger of Death. Possessed powerful venom. It is said that anyone who comes into contact with Apep would vanish from the world without leaving even a single strand of hair.

Erm, that sounded quite serious.

“Hm, it’s not there’s anywhere to hide in this place.”

Suddenly, a frill-like collar spread around its neck and Apep opened its mouth. There was a shsssaaahh!! sound as it displayed its fangs.

“Hm, it’s trying to intimidate us.”

“Consider me intimidated!” I said in a slightly high-pitched voice.

“Back when I was young, I fought one of these before.”

“Umu, I was not as powerful as I am now. It was before I received Ninril-sama’s Blessing. I won, of course, but I saw what its venom did to the spiky plants in that area.”

“Spiky plants, ah, you mean cactuses? Were you in a desert too?”

“I supposed. The plants crumbled away like sand. So, make sure not to get any on you.”

“If that’s the case, we should definitely keep our distance from that thing and use magical attacks,” I said reasonably.

“Kukuku, that is so for most creatures. However, with Ninril-sama’s divine protection, it is now impossible to kill us with venom! Mwahahaha!”

“Wow, that’s reassuring,” I said with some relief. I could still be crushed or bitten to death, but I supposed that’s beside the point.

“The venom might not kill us directly, but Master would still take damage if you are covered in it.”

“Fortunately, my barrier is sufficient enough to defend against the venom.”

“Wait, wait, back to me suffering damage from the venom. Just what?”

“Umu, at the very least your clothing and things would crumble to sand.”

“… …” I picture myself running around this place with no clothes…

“Hey! Are you done talking?! Let’s fight that thing!”

What kind of punishment is it to become fully naked in a desert…?

My two littlest familiars were itching to fight this Apep creature…

“Since we all have divine protection, I guess…”

There was an explosion of fire and a large ball of Acid Bullet. Apep’s terrifying head just… disappeared. Its humongous body collapsed to the floor, sending up a huge cloud of sand.

“They defeated a monster that gave you a hard time, eh?”

“Gununu, that was back when I was young.”

“Calm down everyone, let’s have a delicious meal after this, alright?”

The Drops left behind were magic stones, skin and… a bottle of black liquid that occasionally sent up a slow-moving bubble to the surface. I vaguely wondered why the venom did not just eat through the glass bottle or cork, but figured that this was way over my head and decided to entomb this thing inside my [Item Box] to never be seen again.

[Gumihou: Deleted over 500 words of pointless dialogue and repeats.]