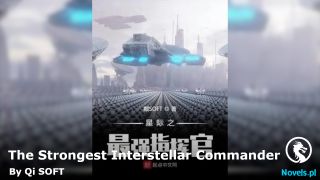 «The Steward Demonic Emperor (Web Novel) - Chapter 534, Taking It Out on Zhuo Fan

Chapter 534, Taking It Out on Zhuo Fan

The man’s voice felt like daggers sinking into Yue Ling.

Yet the man had no sympathy, leaving as he came, cold and callous.

Elder Yuan begged, “Executive sir, what happened? Doesn’t failing the promotion mean being eliminated from the competition? Why has she been sent here?”

The executive snorted, “It is true that losing doesn’t warrant being sent here but this girl’s meridians are shot and she can’t stay in the outer sect anymore. Where else are we to throw our waste if not here in this dump? Besides, don’t you have that Asura Circle? The least she could do is be a good material for the sect. “

Yue Ling was outraged, exploding with power and charging at him. Her red eyes showed clearly that her mind was consumed by fury.

Kui Lang grabbed her and struggled, “Yue Ling, calm down! Do you want your soul pulverized?”

The executive sneered, “You’re all criminals, even though stronger than me, you still have to stand and watch. Disrespect your betters and see how the sect’s rules will put you in your place!”

Kui Lang fumed, but hid his anger behind a straight face and a bow.

They knew this executive well, a fellow disciple. Because of his dad being an elder, unable to advance to the inner sect he lived in the outer sect and became an executive. His talent was so poor that he would never go beyond the 2nd layer of Radiant Stage.

Kui Lang and Yue Ling only had disdain for this wastrel, but even more fear.

“Forgive me, executive sir, I was rash and forgot my manners. I only wish to understand how my baby sister ended up so hurt in the competition. I ask that executive would clarify.” Yue Ling bowed and cupped her hands.

The executive mocked, “Why, for revenge? Give up, a sinner like you has no right to touch anyone outside the Labor Office. Or face the sect’s ultimate punishment!”

“But my sister is crushed and her life is ruined. For the other party to be so heavy handed, they must’ve done it on purpose. How could I, Twisted Faced Rakshasa, just let it go?” Yue Ling raged.

Everyone around her felt a chill from the depths of her wrath.

Kui Lang was about to stop her, but sighed.

The executive pondered but still refused, “It’s not hard to find the identity of her opponent but I warn you to let it go. Because what happened to your sister is all due to herself.”

“How can you say that?” Yue Ling was stunned.

The executive said, “Everyone watching the competition saw your sister exhibit tremendous power with the Demon Devouring Sabre, even scaring her opponent. But the savage energy ran out of control and she received a backlash, resulting in her wretched state. So there’s no need to feel hatred for the other. It lies with your sister’s unskilled use of the art.”

Yue Ling couldn’t believe her ears that Yue’er had done it to herself and slumped to the ground from shock.

Now that she had no one to vent to for her baby sister’s miserable state, she was left alone with rage and hatred festering inside.

At her dull gaze, the others shook their heads.

“Yue’er, why didn’t you tell me that you couldn’t control the savage energy? I wouldn’t have given you so many materials!”

Yue Ling bawled next to the prone Yue’er.

[Yeah, you should’ve said something and these two bigshots wouldn’t have started an Asura Circle, killing so many for your sake.]

[So many died and for what, for you to suffer a backlash?]

[Damn brat, no sense of propriety and lacking morals. A shame for all those wasted materials…]

Reaching a shaky hand for Yue Ling’s finger, Yue’er’s weary voice cut off the sobbing, “Sister, forgive me. I’ve let you down…”

“It doesn’t matter now. But how did you…” Yue Ling was heartbroken, not knowing how to reprimand her.

Yue’er was also crestfallen, “Sister, I had control of the Demon Devouring Sabre, but then my arm was hurt… “

Yue’er’s frail voice came, “Two months ago, I found Zhuo Fan’s entry to the sect suspicious and attacked him. I hurt him and he hurt me, but my wound never recovered…”

Having the outlet she needed, Yue Ling roared, “You did this and now I’ll make you pay! You’ve ruined my baby sister and I will cut you to ribbons! ”

Kui Lang exclaimed, “Yeah, didn’t he warn us just before the competition? He knew something and didn’t let on, or maybe he’s behind it all, taking revenge on us!”

Kui Lang rushed for the competition when a light flew at them.

A gray robe appeared, throwing what he held on the ground and barking, “Labor Office, you have a newcomer!”

The one dumped on the ground was his son and was just as wretched as Yue’er, bleeding all over.

“How could this happen?” The previous executive watched over stunned.

The gray robe waved, “Just what is going on today? That girl was the first and this kid is the second. Both collapsed from backlash the minute they let out a big move. And he even took a battle pill. The backlash was so strong it exploded his vessels. As a cripple, it’s the Labor Office’s problem now.”

“So that’s why.” The previous executive nodded, sighing at the two kids’ unfortunate ending.

“Such unnecessary risk when there’s always next year’s promotion. Why force it, why risk your life? Look at me, I’ve been in the outer sect for nine years yet still made out as an executive.”

[Bullsh*t, that’s all on your father. You did jack squat!]

All he got was rolled eyes.

Kui Lang balled his fists and howled, “You ruined my son and I’ll ruin you!”

“The brat did it to Gang’er too…” Yue Ling frowned.

Kui Lang nodded, “Yue Ling, did you forget? Three days ago, he put his hand on my son’s arm. I didn’t find anything bad about it but he must’ve done something for sure!”

“That punk is our greatest enemy!” Yue Ling raged, “Kui Lang, let’s go rip his head and make bone meal out of him!”

Kui Lang shot to his feet and rushed for the cemetery with Yue Ling.

Elder Yuan jumped in, “Wait, sirs, before we know how this happened, we shouldn’t make rash decisions.”

“Buzz off, no one in the sect is a saint, only enemies or allies.” Shoving him aside, the two rushed on.

Elder Yuan turned to the others, “Executive sirs, stop them please or things will get horrible. Zhuo Fan can’t be touched!”

The executives shook their heads, “What can we do? Those are the Black Yama and Twisted Faced Rakshasa who fought their way into the inner sect. We’re not their match. Rules put us above them, but with how lost in rage they are, we will be the ones to suffer instead.”

“Besides, this is the Labor Office’s problem. We have done our part, goodbye.”

The two bolted away.

Elder Yuan stomped and cursed, “Damn wastrels, all of them are useless. They don’t care even when disciples are at each other’s throats. Demon Scheming Sect will meet its end at their hands at some point…”

Elder Yuan had a pained expression…