«The Ring That Defies The Heavens (Web Novel) - Chapter 1353: Returning to the Battle

Chapter 1353: Returning to the Battle

“Let me have a good look at you,” said Theon as he examined Jiang Fei.

Overall, he had gotten stronger, albeit it wasn’t a huge change, but stronger indeed.

“You have been with me for only a brief moment and you have already learned everything I wanted to teach you. Now, it is time for you to face a new challenge or you won’t be able to further cultivate your skills,” said Theon.

“How about a spar?” asked Jiang Fei jokingly, not meaning his words.

Theon shook his head and proceeded to reveal his true intentions.

“I was thinking about sending you into a real fight. A spar wouldn’t do much for you. I want to take this opportunity to send you into the war between the Valsalrian Army and the Trade Federation.”

Jiang Fei accepted the suggestion, “I see. I have no qualms about that.”

He had gained new skills and equipment, and to be honest, he was itching for a fight.

“As for your training… I am compelled to warn you again,” Theon added.

“As you command, my Master.”

Jiang Fei knelt down, preparing to listen to what he decreed.

“Remember the creed, remember the code. You are not to engage in killing intelligent life forms,” said Theon with a stern face.

“I will never forget.”

“Good. Your master will remain in the shadows, observing you always. You need not worry about your life, only about others. Do not kill anyone else unless forced to or our mentor-mentee relationship ends here.”

Jiang Fei acknowledged the code of honor, saying, “This mentee will always remember.”

“Good, I will send you back now,” said Theon.

In the next second, with a wave of his hands, Theon and Jiang Fei were instantly teleported into the void of space. Theon arched an eyebrow as he concentrated on letting out a saturated wave of psychic energy.

A few minutes later, a powerful, unsuppressed surge of raw power was felt and the Galactic Specter known as Marshmallow zoomed over. It did not bother to hide its presence since it did not possess any intelligence to understand the consequences of its actions.

“You ought to hang on for a bit,” said Theon as he conjured a silver surfing board.

After latching himself and Jiang Fei on the board to the Specter, Theon snapped his fingers and off they went at near light speed. Their destination? The Dommix System.

Due to the vast distance between the two locations, Theon had to use wormholes to reduce the travel time. Even so, it took them almost a week to arrive at the Dommix System.

As they travelled, Jiang Fei had taken it upon himself to ask questions about psychic manipulation techniques. He was about to throw himself right into the middle of war, and since his master was going to watch him, he ought to clear any questions he had in his head.

“You are allowed to identify yourself as my apprentice but remember not to reveal anything about my true powers,” said Theon.

“That being said, you can only make use of my name amongst the top brass of the Valsalrian Army. Not every race out there in the universe knows who I am,” Theon added.

To be fair, Theon had only been messing with Valsarian high commanders and admirals. Name dropping would only work with them and a handful of other foreign collections.

“I understand. I do not care for name dropping, I care about being stabbed in the back,” stated Jiang Fei.

That being said, Jiang Fei had an armor of overwhelming defense, a variety of psychic powers, and the 10th Dimension to protect himself. In upfront battles, he had nothing to be scared of. He was only scared of being manipulated, tricked, or any other underhanded means of sabotage by Aino.

But to be honest, since Aino had personally seen him walking into his treasure vault with Theon, he wouldn’t dare do anything to plot against Jiang Fei.

“We’re here. This is as far as I can go,” said Theon as the Specter arrived at the heliosphere of the Dommix System.

Any further and those with a keen sense would be able to feel the Galactic Specter’s presence.

“Thank you, Master. I will not disappoint you!” said Jiang Fei before Theon vanished with a trail of light.

Jiang Fei took out the compacted shuttlecraft he obtained from Aino’s treasure vault and expanded it to a full-sized shuttlecraft. After boarding it and registering himself as the owner, Jiang Fei had 0541 take control of the ship.

Even though every piece of equipment and each instrument in the shuttle was top of the line, its artificial intelligence support system was extremely primitive when compared to 0541.

0541 blared after he had gained full access to the ship’s controls, “Captain! This ship is amazing!”

Jiang Fei was surprised by 0541’s reaction. 0541 explained that everything the shuttle had was far superior to even a Hypercruiser. With 0541’s aid and the shuttle’s superior tech, Jiang Fei was now enroute to where Alexis’ fleet was located.

“Time to return to the battle,” said Jiang Fei.

It had been more than a month since he disappeared. He could not help but wonder what Alexis would think of him.

In that instant, the Warp Core and the Hypercuiser-grade engine immediately ignited. Both usually required some preparation time in order to move a Hypercruiser, but now only needed a second to move the small one-man shuttlecraft.

Spacetime warped from behind and in front of the ship and a wormhole formed immediately.

If Jiang Fei were to pour himself a cup of coffee, not a single drop would have spilled. On any other ship, the entire cup would have vibrated itself off the table. Overall, the technology and effort that went into this ship deserved praise.

Although they were at the system itself, it took Jiang Fei close to three hours travelling at FTL speeds to reach where Alexis was. Jiang Fei stopped and came out of Hyperspace when he was about 200 light seconds away from Alexis’ fleet.

“Captain, we are being targeted and locked on,” said 0541 as soon as the shuttle exited Hyperspace.

It seems Jiang Fei had been detected approaching them while he was in Hyperspace and the fleet had readied themselves to attack the second he dropped out.

“Send a transmission to Alexis and tell him it’s me!” Jiang Fei immediately ordered.

Even though the shuttle was great and all, it was only a shuttle with no means of weaponry and only a weak shield. To take him down, a simple patrol ship would suffice.

30 seconds after sending out the transmission, 0541 responded, “Captain we are being hailed.”

Even so, the weapons of Alexis’ fleet were still aimed at Jiang Fei’s ship.

“Open it!” said Jiang Fei, knowing that it would be Alexis himself.

Alexis voice rang out from the speaker, “Fei?! Is that you?!”

His excited reaction was understandable as Jiang Fei had been missing for more than a month. Alexis had feared for Jiang Fei’s life and thought that he had been eaten by the Galactic Specter, which would have been a complete waste of his ‘investment’.

Two seconds later, all weapons of the fleet deactivated. 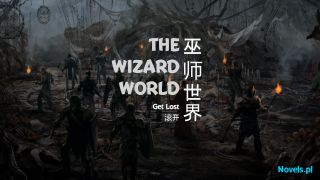