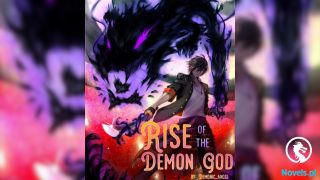 «The Reincarnated Goddess is Fierce (Web Novel) - Chapter 1391: I’ll Do It Myself

“What do you mean by guessing?!” Qi Xin jumped to her feet. “This is already a problem!”

With Xia Xibei”s brains, she must have found something wrong here.

If Xia Xibei revealed this matter, then what could be done?

Thinking of this, Qi Xin”s hands and feet were cold.

If the matter was exposed, her life would be over.

No way! Absolutely not!

“I don”t care! Hurry up and fix this!” Qi Xin said in an angry voice.

Ling Juan whispered, without a bit of confidence.

“It”s all your fault!” Qi Xin couldn”t help but complain, “If you had done a proper job back then, it wouldn”t have turned out like this now!”

Ling Juan could not help but laugh bitterly at these words.

The feeling of being blamed by her daughter was really too unbearable.

However, she also deserved it.

If she had dealt with Xia Xibei directly back then, there wouldn”t be this kind of thing now.

“It”s my fault,” she hurriedly admitted her mistake. “Don”t worry, I will definitely take care of this matter properly…”

“Forget it, you can”t be the only one to be counted on,” Qi Xin frowned. “I”ll think about it.”

It had been so long, and Ling Juan still did not find the right opportunity to fix it. She was simply not very efficient!

If they relied on Ling Juan to solve the problem by herself, how long would it take?

Qi Xin would have to do it herself.

“Don”t rush it!” Ling Juan was immediately anxious. “I will handle it, don”t interfere!”

If what Qi Xin did was discovered, it would be troublesome.

Therefore, she didn”t want Qi Xin to get involved in this kind of mess.

If she didn”t have to, she just wanted to solve this matter herself.

Thinking of this, Ling Juan couldn”t help but regret her soft heart at first.

Otherwise, there would not be in this trouble now.

One mistake led to many more!

Qi Xin coldly snorted, “If I don”t intervene, do you think things can be resolved smoothly?”

If she didn”t intervene and only relied on Ling Juan, who knew what would come out of it?

It was not her style to sit back and wait for death.

“All right, you do your job, I”ll do mine,” Qi Xin impatiently interrupted her. “I”ve got it. I”m an adult and know what I”m doing. You haven”t raised me, so don”t tell me what to do now.”

These words were like a sharp sword thathad plunged fiercely into Ling Juan”s heart.

She did not expect that her daughter”s resentment toward her would be so strong.

However, if she hadn”t done such things back then, Qi Xin wouldn”t have been able to live such a good life.

Yet she still complained about it…

Even if Ling Juan had always felt guilty in her heart, she felt devastated now.

Without waiting for Ling Juan to speak, Qi Xin hung up the phone.

Looking at the hung-up phone, Qi Xin”s face was expressionless.

She didn”t have any feelings for Ling Juan.

If Ling Juan hadn”t come out of nowhere and said she was her daughter, she wouldn”t have bothered with such a random person.

It had been so long, and she still hadn”t been able to fix Xia Xibei?

It was simply too disappointing!

Qi Xin looked up, saw the happy family photo of her family of three above, and a cruel smile appeared on her lips.

She would always be Qi Zhi”an and Ling Xiao”s daughter!

As for the so-called biological parents and biological daughter, they could just go away!