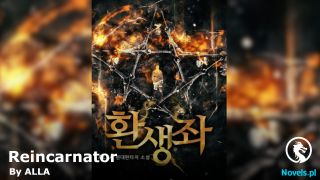 Looking at Xia Xibei sleeping on the bed, Qiao Haoming was very satisfied, and the anger in his heart slowly faded away.

When he found out that Xia Xibei had a boyfriend, he almost died of anger!

He always thought that Xia Xibei would be his to own, but he never thought that she would have a boyfriend, even having sex!

In her situation, could she find someone who really liked her? She was really too naive!

Qiao Haoming was livid that he hadn’t even touched Xia Xibei yet and she was already someone else’s. It disgusted him!

He chose to take his time before, wanting to develop a relationship with Xia Xibei, but to his surprise, Xia Xibei didn’t want to do that and was with another man.

So, he asked Xia Jun to help him. Since Xia Jun was thrown out of the company, he no longer had any power and was suddenly despondent. Power was the best medicine for men.

This saying was particularly true when it came to Xia Jun.

Without the company and others listening to him, he was miserable.

Therefore, as soon as Qiao Haoming approached him and told him about this matter, he immediately agreed.

Qiao Haoming looked at Xia Jun, who was groveling and smiling, and sneered.

He didn’t know how his father got involved with Xia Jun in the first place. This man was too spineless!

Moreover, it took someone special to be so skilled at selling one’s daughter for glory! Qiao Haoming was ashamed of his own blindness at the beginning.

In the past, Xia Jun treated Xia Qinghan very well.

If she was not obedient… Her downfall would be similar to Xia Xibei’s.

However, it was good that Xia Xibei had such a father.

Otherwise, it would not be that easy for him to get his hands on her.

Looking at the sleeping beauty on the bed, his smile got even wider. “Haoming.”

On the bed, Xia Xibei’ears perked up and she wondered why this voice sounded a bit familiar!

When she came in, she knew that there were three people there.

Xia Jun and Qiao Haoming were two of the men, but what about the other one?

Now, this person spoke up, and his voice surprised her a little. It seemed to be a familiar voice!

Before she could figure out the other person’s identity, she heard him continue, “Don’t worry, we’ll keep watch outside, so you can take your time and enjoy yourself.” Listening to the man’s laughter, Xia Xibei finally reacted.

Was this Wan Shicheng?

Wan Shicheng hadn’t appeared since the last time he was scared away by the cats and dogs.

Xia Xibei thought that he had retreated, but to her surprise, after a few months, he had reappeared!

That was right, he and Qiao Haoming were cousins! It was only natural for the two brothers to be in cahoots.

“Well, when I’m done playing, it’s your turn.” Qiao Haoming showed a cruel smile, “It’s all the same since she’d been played with anyway.”

“Young Master Qiao!” Xia Jun drew in a breath and was instantly anxious. “But-“

When the time came, would Qiao Haoming still be willing to take Xia Xibei as his wife? If not, that would be a different outcome!

Qiao Haoming’s eyes glanced at him, “Don’t worry, I will give you what you want.”

Xia Jun’s body stiffened. After biting his lips for a moment, he finally revealed a brilliant smile. “Okay! I’ll listen to you, Young Master Qiao!”

Listening to the disgusting conversation occurring between the three men, Xia Xibei’s hands and feet were cold, but there was a fire burning in her heart!