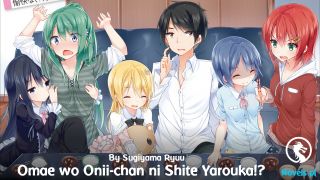 Zich wandered around Yuras aimlessly. He yawned so widely that tears welled up in his tears and he looked like the perfect, carefree person on a stroller. Zich was scratching his belly and seriously wondering how he should kill time for another day when somebody called out to him.

Chelsea and Pina approached him together. The way Chelsea smiled and waved her hands widely made it seem as if they were close friends of at least ten years. Though he already knew this, Chelsea was a truly brazen-faced person. Even if she was kicked out by the Karuwimans, Zich was sure that it wouldn't make much of a difference in her standard of living. He believed this even more when he saw Pina looking embarrassed next to her.

“Do you have some time right now?”

“Then, please lend us some of your time,” Chelsea said and dragged Zich to a nearby empty room.

“This!” Chelsea then took out wads of flapping papers. They had writings in black ink and appeared to be reports. Zich didn't take the papers and simply stared at them with his arms crossed.

“What are those?” he asked.

“These are reports that detail the recent activities of Feijadiru Browning, Wesker Grashane, and other people from the Miftil Kingdom.”

Zich's eyes left the wads of papers and turned toward Chelsea's face. Her eyes were sparkling eagerly like a dog wagging its tail and waiting for compliments.

“Why did you bring these to me?”

Zich tilted his head and blinked. “I did?”

“…Yes. The last time we met at the bar, we had a conversation after Brown…no, Ms. Lara handed the dragon's body over at an unbelievably low price.”

“Ah!” Fortunately, Zich remembered, but Chelsea couldn't lower her guard. Zich's response was different from what she expected. Pina thought the same while standing next to her.

“Yes, I remember, but didn't I say that there's no need to dive too deep into that man?”

“Yes, you did, but if it's you, Sir Zich, wouldn't you have conducted an independent investigation? Although my investigative abilities aren't as good as yours, I thought it would be more efficient for other people to work together to uncover a scheme. Thus, Ms. Acous and I have been tracking these people's movements in detail.”

Yet, Zich had no intention to look at the reports. “You did a lot of work, but honestly, it's not necessary.”

“Sorry?” Taken aback by Zich's disinterested face, there was a change in Chelsea's smiling face.

“I didn't do any independent investigation on my own, and I'm not really curious about the people you mentioned.”

“B-But you showed interest in Feijadiru Browning!” Pina exclaimed instead of Chelsea who smiled and froze in place.

“That's true, but there was no need to do a whole investigation on him.” Zich tapped on the two's shoulders as they both looked astonished.

“Either way, good work, you two. You guys should take care of those reports before anyone else sees them. It will stir up unnecessary conflict. Why don't you enjoy the festival for now?” Zich said and passed Chelsea and Pina. The two couldn't do anything but stare blankly at Zich's back as he went farther away.

“Did Sir Zich really say that?”

“Yes!” Chelsea yelled in anger. She gulped down a glass of cold water in an instant to cool her anger.

“Damn it! I got those papers wanting to help him. Why couldn't he bother to even take a look?” Chelse grumbled while pouting her cheeks. There was a sense of irrationality about her rage since she had acted without even asking for Zich's opinion. But she still felt angry because she had done her best in the investigation to gain Zich's favor.

“It can't be helped. We are the ones who overthought and guessed that he would want information about the Miftil Kingdom's people.” Even as Pina said this, she lamented. These reports took a lot of her efforts and time too. Since organizing reports and the like suited a mage like Pina best, she had been in charge of writing them.

Chelsea continued to sigh. When she saw Hans, she asked, “Does Sir Zich really not have any interest in the Miftil Kingdom's people?”

“I'm not sure about that either.” Hans scratched his head. He also thought that Zich had been eying Feijadiru with suspicion. Thus, he thought Zich would conduct his own investigation too since that was the way Zich had solved cases until now. However, the three had no way of knowing that Zich had simply acted on information from before his regression in the cases until now. Naturally, everyone else including Hans thought Zich began his investigations based on very faint clues and his spectacular senses alone, and this was the story that spread across the whole world and moved many. It was understandable why people like Hans and Chelsea thought Zich had marked Feijadiru as a subject for investigation—though they got a completely different result than expected.

“Did you notice Sir Zich doing anything similar to investigating?” Chelsea asked, unwilling to let go of her last remaining hope. However, Hans shook his head.

“There's nothing that I know of. What about all of you?” He asked Snoc, Elena, and Lara who were also with them. Yet, not a single person responded with a positive answer.

“I haven't noticed anything either.” Lara said.

“He's spending most of his time on dates with Teacher. Does he even have time to investigate?” Elena added.

“Even when he's not on dates, he usually just hangs around the festival. No matter how great he is, I don't think it's possible for him to also investigate while spending his time like that.”

Although they never knew exactly what he was doing in all the various cases they solved together so far, Zich had always seemed like he was investigating something. However, Zich didn't show any signs of this either.

“Then he might really not be investigating this matter.”

“Do you really think so?” Chelsea sighed loudly.

“Then this is really useless.” Chelsea looked down at the report with regret. Although Chelsea and Pina had put a lot of effort into this, it was just a piece of useless paper if there was no need for it. On the contrary, it was only a disadvantage as there was information that the Miftil Kingdom's people would find clearly upsetting.

Elena asked, “Do you want me to burn it?”

Elena cast a spell on the report.

Flash! The paper burst into red flames, disappearing instantly and leaving nothing but ashes. Thanks to Elena's excellent magic, there was not even a little soot left on the table. Chelsea and Pina looked gloomy as they watched the report they worked so hard on turn into ashes.

“So, are you sure that Sir Zich is not interested in the Miftil Kingdom's people?” Chelsea asked again to confirm.

Chelsea nodded at Hans” reply. “Then I guess I'll have to just work hard on my work from now on. If Sir Zich is not interested, they must not be doing anything stupid that would catch his attention.”

However, Pina said, “…Do you really think so?”

“Ms. Acous, do you have a different opinion?”

“I think it's unlikely, but what if his behavior has changed?”

Chelsea asked, “What do you mean by that?”

“Well, how do I say it—peace makes people soft? Maybe it's not to that extent, but his behavior may have gotten milder after the Bellids” fall and traveling for a year. He might not chase after his enemies as persistently as before.”

“Sir Zich? There's no way.” Hans denied it outrightly. The others didn't seem to agree with Pina's opinion either.

“I don't think it's unlikely. There's just no chance of that happening.”

“Then do you have any reason as to why he is acting so calmly like this?”

“Of course, since I can't say I have a complete grasp of his thoughts or thinking process, I can't make definite conclusions. Considering his actions right now, there's a possibility that his behavior might have changed.”

“I still don't think he would have changed that much…”

“Honestly, I think so too.” Pina sighed. “There's no way his intense personality would change that easily. I think I was just too disappointed that my hard work turned into ashes. Please don't take my words to heart.”

“No, I think your words have merit. After hearing what you said, I'm starting to think that you may be right. As you said, his mindset might have changed a little, but I don't think it's to the extent that he'd ignore things that he finds suspicious.” No matter how much he thought about it, Hans didn't think Zich changed that much.

Chelsea got up from her seat. “I'm sorry, I shouldn't have come here. I just wasted your time.”

“No, it was also a question that was on our minds.”

Chelsea and Pina separated from Hans and the others and left the room. A long corridor appeared in front of them.

“In the end, it really was all in vain.” Chelsea pouted as her disappointment had not completely subsided yet.

In comparison, Pina seemed to have already fully come to terms with her emotions and said calmly, “Forget about it. You'll only feel worse if you keep thinking about it.”

“I know that. I know but, ugh…” Chelsea groaned and then opened her eyes wide. “Ms. Acous.”

“What would you do if you could change sides?”

“What are you talking about?” This didn't seem like a casual topic, so Pina lowered her voice without realizing it.

“The reason why we gathered information about the Miftil Kingdom and tried to hand it over was to get Sir Zich's favor, right?”

“Yeah.” Although it sounded really opportunistic, Pina didn't deny it because it was true.

“Actually, I received a request from Wesker Grashane.”

“To keep an eye on Sir Zich and let him know about his movements. He must have thought that he could use me because of my past actions.”

“I don't know the details, but it's clear that he's planning something fishy.”

“Then you should have said it to everyone!”

“Yes, I thought about that, too. Wouldn't it be better to have as many cards as possible? Honestly, unlike Hans and his group who blindly give their loyalty and faith to Sir Zich, we move according to our advantage, right? Then, we should at least think again and determine which side is more advantageous for us.”

“Honestly, if I tell this to my Karuwiman superiors or Sir Zich, nothing will happen. There's no evidence, and Grashane can just feign ignorance. Moreover, even if he's acting suspiciously, I'm not sure if he's just jealous or he's actually planning a big conspiracy. So, it's a gamble.”