Fangzheng knew that even he could not achieve such a realm, but the little girl had done it.

Fangzheng could not help but admire and like this young girl.

At this moment, Jin Jiatong seemed to have a question, but he hesitated a few times.

Previously, Jin Jiatong had treated him as a bad person with bad intentions and thought that he was lying to him.

But now, Jin Jiatong clearly wanted to give it a try… However, with his distrust previously, the thin-skinned him couldn’t bring himself to say it.

Without Jin Jiatong saying anything, Fangzheng pretended not to know. He chuckled as he looked ahead.

It was difficult for people to climb up a mountain, but to elephants, climbing up the mountain was akin to walking on flat ground. After more than an hour, Fangzheng told them many stories about the world outside. The two children were especially curious.

However, it was as though this little girl was born to know how to be considerate for the feelings of others. Although she tried her best to open her eyes wide, she could not see anything clearly. However, she happily waved her little hands and shouted, “Butterfly, butterfly!”

Seeing how excited the little girl was, Jin Jiatong beamed. It was as though all his happiness was built on the happiness of Little Sun.

Fangzheng looked at the two children in front of him as though he had seen the most beautiful scenery in the world.

He was her protection, she was his everything…

Jin Jiatong hurriedly pulled a few large banana leaves to block the rain for his sister. When Fangzheng saw this, he shook his head slightly. He undid his White Lunar Monk Robe and covered the two children under them. The pouring rain failed to penetrate the White Lunar Monk Robe. The two children below were originally worried that they would get wet and end up falling sick.

They later realized that the monk’s robes didn’t get wet from the rain. Their childlike temperament rose again. They happily watched the heavy rain as though there was something fun about the rain. From time to time, they would stretch out their hands to catch some raindrops before shrinking back. Fangzheng smiled when he saw the two children’s radiant smiles. He looked up into the distance and to his surprise, he realized that the rain was only above them.

Looking further into the distance, there was a hole in the clouds. Golden rays of sunshine shined through the holes and landed on the ground, outlining a magnificent vista.

Even further away, there was a blue sky. Sunlight shone down on the earth. It was a bright, sunny day!

Fangzheng looked up at the clouds in the sky and sighed. “Nature is truly miraculous.”

Jin Jiatong smiled. “Master, is this your first time here in Vietnam?”

Fangzheng asked in surprise, “How did you know?”

“Because such weather is very normal in Vietnam. The sun rises in the east, and it will rain in the west. Different weather can be experienced just five kilometers apart. We have been used to such weather since we were young. Only outsiders would find it strange,” Jin Jiatong said smugly.

Fangzheng laughed as well, but his laughter wasn’t because he was laughing at the smugness. Instead, he recalled a joke that children often said in the northeast. “When it rains on a sunny day, the basking tortoise gets drenched…”

Fangzheng thought of it, but he didn’t dare say it. If not, he probably wouldn’t be able to leave Vietnam alive.

The rain came and went quickly. With a strong gust of wind, the dark clouds and heavy rain drifted away. Fangzheng could even see its departure. The feeling was especially magical.

As the rain cleared, the two children immediately ran out. Jin Jiatong looked around to find a tree branch that hadn’t been drenched and piled them together. Then, he cleared an area on the ground and surrounded it with rocks.

Then, he placed the tree branch into the pile. Fangzheng said in surprise, “Your survival skills in the wilderness are impressive.”

Jin Jiatong said smugly, “Of course. I’ve been living on the mountains since I was young. I’m used to it. Master, I’ll go get something to eat.”

After speaking, Jin Jiatong left with his sister.

Clearly, although Jin Jiatong had acknowledged Fangzheng, his love for his sister made it difficult for him to trust others with his sister who couldn’t see or walk well. It was as though only he could take care of her. Therefore, no matter what he did, he would always bring his younger sister with him. He would never leave her.

With regards to this, Fangzheng did not insist on anything. All he did was silently follow behind, to ensure that the two children didn’t encounter any dangers again.

The elephant didn’t leave either. Instead, it lay on the side, lazily shaking its nose as if it was playing, but also as a way to kill its boredom.

Not long after, Jin Jiatong plucked some wild mushrooms. He got a huge basin worth. They were green, white, and brown in color. The variety of mushrooms dazzled Fangzheng.

Although there were mushrooms in the northeast mountain, there weren’t as many varieties. At the very least, there were very few mushrooms near One Finger Monastery. Fangzheng basically didn’t recognize any of the mushrooms that Jin Jiatong brought back…

When Jin Jiatong saw Fangzheng’s dumbfounded expression, he knew that he didn’t recognize any of them. He smiled and said, “These are the common fungi on our side. This is a termite mushroom. That’s a penny bun. And this one that looks like a small umbrella is a bamboo mushroom. This is a white-faced fungus…”

Jin Jiatong pointed out the bunch of mushrooms as though he was counting his family treasures. Fangzheng was like a primary school student as he tried to recognize and memorize them one by one.

By the side, Little Sun took every mushroom that her brother named. Then, she deftly cleaned the mushrooms with her small hands. It looked like she did this often, so although her eyes weren’t good, she could quickly clean mushrooms through her sense of touch.

Fangzheng had been helping as well, but after sweeping a few glances at Little Sun, he realized sadly that the mushrooms that she handled were even cleaner than Fangzheng’s! This was even with him having his eyes wide open! Therefore, he decisively gave up and waited patiently for them to finish.

At the same time, Fangzheng began to doubt his life. Were his hands and eyes real…

Dinner was also made by Jin Jiatong. He used a few layers of lotus leaves and used a special technique to wrap the mushrooms and water together, making it airtight. Then he heated it with flames with a soil layer. 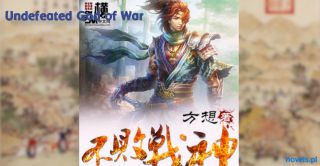