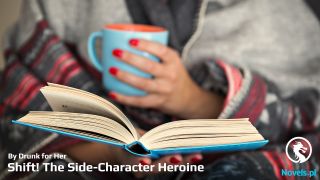 “Don’t worry. The blood of Shu Mountain disciples will not flow for nothing!” The sect leader said hatefully.

“That despicable man and that bunch of natives deserve to die! Oh right, there’s also Hua Mountain! We can’t let any of them get away with this!”

As he said that, he clenched his fists and a sinister look appeared on his face.

After a moment, he calmed down, looked around, and said in a low voice, “Let’s go back first and recover. Also, Shu Mountain alone cannot compete with our opponent. We must ally with other sects!

“They have an alliance, so let’s make one too!”

“Will… will the other sects agree?” an elder asked hesitantly.

“Hmph, they’d better! Didn’t they say that they have a grudge against the natives? If they knew that the natives were so powerful, they would probably panic.” The Sect Leader said coldly.

“That’s true!” All the elders exclaimed.

“The few of you don’t follow us back to the mountain. Contact the other sects and form an alliance. Remember, be careful. Don’t let anyone detect you.”

At that moment, in a corner of the crowd, Duan Shaolong moaned softly and came to.

He opened his eyes, held his forehead, and propped himself up. His head was still heavy.

‘What’s wrong with me? Why do I feel so dizzy?

‘Where is this place?’

His mind was filled with questions.

Pressing his forehead, he tried to recall the past.

His body trembled, and he froze on the spot.

He remembered being hit by a brick, and he passed out after that?

“No! This is impossible! I must have remembered wrongly!” He mumbled, and his whole body shook.

Then, he turned his head and looked around, hoping to find someone to ask.

However, he was stunned by what he saw!

All of them looked extremely pathetic, like deserters who had lost a battle. Were they still disciples of Shu Mountain?

He stood up and shouted anxiously.

“Hurry up and tell me! What happened? Did we lose? How could we lose?!” Duan Shaolong rushed forward with a crazed expression and grabbed one of their arms.

He felt that everything was too ridiculous.

The disciple’s expression sank, and he said, “Elder Duan, we… lost, and we ran away. The opponent is too powerful!”

Hearing that, Duan Shaolong was stunned.

Then, he felt dizzy and almost fainted.

“Elder, you… were knocked out,” the man said weakly.

“Knocked out by what?”

The man hesitated again like he was afraid to say it. After a long pause, he finally said two words that made Duan Shaolong’s world spin.

Duan Shaolong clutched his chest. His face twitched a few times before he collapsed.

Duan Shaolong finally came to again after being shaken for a long time. His face was pale, and he looked like he had nothing to live for.

He, Duan Shaolong, had been regarded as a prodigy since he was young. He was revered by his disciples and adored by his elders. He had never suffered a loss or been defeated.

Today, not only had he been defeated, but he was knocked out by a brick.

At this moment, he felt like ending his life.

“Don’t blame yourself, Shaolong. That bastard deceived us. It’s not your fault!”

“Yes, yes, yes! It’s all that bastard’s fault! You have to pull yourself together!”

The group of elders gathered around and consoled him.

“Don’t worry, Shaolong. Just take revenge next time. He’s not as powerful as you. He only deceived you.

“The ancestral teachers of Shu Mountain once left behind an ancient book that recorded the locations of many rare treasures and beasts. Almost nine centuries might have passed, and there might be some changes, but we should find something.

“With that, your cultivation base would improve, and killing that bastard will be easy,” the sect leader said.

“Thank you for your guidance, Sect Leader!” Duan Shaolong calmed down.

The sect leader chuckled and said, “When we return to the mountain, you can rest for a few days before we set off to search for treasures.”

The group rested for a while before returning to the demi-world.

Meanwhile, several of the other elders left the group and headed to the other hidden sects to convince them to form an alliance.

“What? Those country bumpkins were so awesome that even Shu Mountain lost? So many people died?”

Hearing the news, all the sects were shocked.

‘Isn’t Shu Mountain the number one sect in the world? Why couldn’t they defeat a bunch of primitive natives? That can’t be!’

“Those natives have a very powerful ancient Artifact formation! Let’s quickly form an alliance! Otherwise, when Shu Mountain is taken down, it will be your turn.”

Hearing that, those sects panicked.

The warning was true. After the natives destroyed Shu Mountain, it would be their turn.

They panicked at the thought of being forced to submit to the natives.

Many sects expressed their stance on the spot.

However, there were other sects who hesitated.

Some thought of different ideas.

Shu Mountain had always been very arrogant. If not for the fact that they had lost terribly, they would never have thought of joining forces with those lesser sects. It also meant that their opponents were very powerful.

Perhaps joining that Union would be a better choice.

The Kongtong sect leader sat in the main hall. The more he thought about it, the more he felt it was feasible.

He took out a booklet and read from it.

“The Union is built upon mutual respect and development so that we can achieve victory together. That’s a great idea! The leader of this Union is someone with great wisdom!

“I don’t think they’re lying. Otherwise, why would Hua Mountain be willing to join? Looks like I’ve misunderstood them!”

He flipped through the booklet and kept nodding.

This booklet had been sent over a few days ago. It was said to have been dropped from the sky. Other than the booklet, many flyers were scattered all over the place.

There were many slogans on the flyer.

“Join the Union and live a glorious life!”

“From today on, anyone who joins the association will receive a gift package for elixirs and enjoy a 10% discount on buying elixirs and pills. What are you waiting for? Hurry up and join us! Let’s create glory together!”

Initially, he did not believe it. He tossed most of them into the fire.

However, he was beginning to be convinced.

‘If the natives could even drive away Shu Mountain, they must be quite powerful! Perhaps they might even have a pill maker among their ranks.

‘Should I go and take a look?’

After pondering for a while, he made his decision and brought a group of elders out of the demi-world.