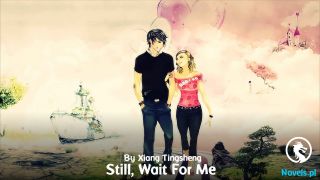 “They are going to start shooting officially tomorrow. The production crew came to eat tonight.

“Coincidentally, our crew also made reservations at the same restaurant, so I saw them.

She looked around and said, “When I asked you last time, you didn’t even know about Wei Wucai’s work. Unexpectedly, I met him today.”

She added, “I didn’t expect that he’s doing special effects.”

As Luo Qingxian listened, she frowned.

She clearly remembered that Wei Wucai told her he did investigative work like those in detective offices, and he worked for someone. How did it become special effects now?

Did this man speak any truth?

What was his job?

“I didn’t expect that he would have connections with our movie industry. Why didn’t you tell me before?” Lu Xiuse’s tone was full of surprise.

Because Luo Qingxian also did not know!

Luo Qingxian was so angry that she sneered through the phone.

When she talked to Lu Xiuse previously, she told her that she did not know what Wei Wucai did for a living And now, Lu Xiuse was pretending to ask her why she did not tell Lu Xiuse?

She did not believe that Lu Xiuse was so forgetful at such a young age.

And this was not very long ago.

Lu Xiuse must have asked this on purpose to hurt her feelings.

It was no wonder that Lu Xiuse did not have any close friends.

Looking at how she was, who would really be friends with her?

It was no wonder that throughout these years, she kept changing friends. There was not a single person who had been close to her this entire time.

She was always seen to be suddenly close with someone and publicly interacting with that person online every day. Then, after a while, there would suddenly be no news.

The interactions were not seen again.

And there was even a history of her arguing with people.

If it was one or two times, then it was fine.

However, every single one of Lu Xiuse’s friends did not last long. Every one of them did not even want to greet her when seeing her. This was problematic. Because of this, Luo Qingxian was always on guard towards Lu Xiuse, warding against her.

No matter what, Luo Qingxian had to keep something from her.

Just like this time with Wei Wucai, she did not tell Lu Xiuse the truth.

Now, she could see the results.

Luo Qingxian was grateful that she did not tell Lu Xiuse the truth.

Or else, she would have been so enraged by Lu Xiuse.

Even so, she was still angered by her.

Luo Qingxian chuckled dryly, saying, “I didn’t know! If you hadn’t told me, I wouldn’t have found out at all.”

She was not acting surprised. She was really surprised. “Yes. He’s working in the same crew as Yan Zhiqing.” Lu Xiuse emphasized, “It seems like the two have a good relationship, like they’re very close.” Lu Xiuse told Luo Qingxian about the time when Yan Zhiqing was using her phone and had almost been bumped by the waiter’s food cart. When Wei Wucai saved Yan Zhiqing, he even held her without letting go. The two held each other and talked for a long time. Lu Xiuse only regretted that she did not take pictures of the two. It would have been more convincing that way.