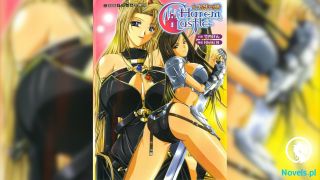 Shi Xiaoya smiled and quickly went back to change out of her clothes.

In about two or three minutes, she came out together with Guo Yujie. They were really fast.

Han Zhuoling noticed that she was intending to go out bare-faced, which was pretty good.

It was also because she was pretty to begin with even with her face bare. Others would not have the same courage as her.

The production crew’s supper location was set in the hotel. They’d booked a small ballroom. There were six round tables inside—enough for the guests and the staff here in the production team to sit around.

There was a big screen in front, and the first episode would be shown on it.

The people on the production crew, including Lu Dongliu and Chi Xingrui, were there since very early on.

Han Zhuoling and Shi Xiaoya came in. They saw that sitting at the table nearest the front were Cheng He, Liu Chuanhui, Cao Jingcheng, and the newly popular young idol Zhang Xiangyou.

It looked like besides Han Zhuoling, the guests had mostly arrived.

Shi Xiaoya counted. Including Han Zhuoling, there were a total of five guests present, so there was still one more guest missing.

Seeing Han Zhuoling walk over, everyone stood up.

“Young Master Ling, I didn’t expect you to be participating in this episode,” Liu Chuanhui said as he smiled.

“Since I promised the production team, I should have to finish filming all the episodes I have to be in,” Han Zhuoling said.

The others took turns to greet Han Zhuoling. When Han Zhuoling saw that Cao Jingcheng was also there, he said, “Jingchen, you’re participating in this show too?”

“I have a new film coming up. I came to promote my new film, so I came to participate in this episode. I’m not a regular guest,” Cao Jingcheng explained with a smile.

Many celebrities were added in last minute to promote their films or television dramas that were about to premiere.

Just like Cao Jingcheng, who would only be participating in this episode. He would still be in the ranking list of points, just that he would probably rank at the bottom.

“Everyone, please take your seats. No need to stand on formalities,” Han Zhuoling said.

This group was composed of all the main people of the show, from the guests to the directors.

Shi Xiaoya did not want to sit at this table; it felt too prominent.

After all, she was just a makeup artist here.

Shi Xiaoya looked around and saw that the other makeup artists all sat at another table by themselves.

Shi Xiaoya then said to them, “Then I’ll go and sit with the makeup artists.”

Even Tong Chunian was there chatting with a few makeup artists.

Just when Han Zhuoling was about to say something, Shi Xiaoya had already brought Guo Yujie away with her.

Han Zhuoling frowned slightly. He knew why she did that. Although he wanted to sit with her, he had to respect her decision too.

He watched as Shi Xiaoya and Guo Yujie went over to the makeup artists’ table.

Yuan Yina was not there. It was the last-minute makeup artist whom the production team had brought in to replace Yuan Yina who was there.

They felt that she was not bad afterward. She would only put makeup for the male celebrities, who were not as demanding as female celebrities in this aspect.

If they looked for another replacement at the last minute again, it would be very difficult to coordinate the schedules. After all, the other few makeup artists had all been contacted beforehand and only entered the production team after confirming that they had no issues with the schedule.

Hence, they decided to just use this makeup artist in the production crew.

To avoid the situation where some guests would be displeased, they even especially discussed it. If the guests were fine with it, they would then bring her in.

Shi Xiaoya came over and sat down. She happened to sit beside Hong Qiaoxian. Seated directly opposite her was the production crew’s makeup artist, Liu Enxiao.

Shi Xiaoya greeted them one by one.

Shi Feng glanced at the time on his phone and said, “Ten more minutes before it starts. That aside, the results of the show don’t really have anything to do with me, and we’re just in charge of putting on makeup for the guests. Why do I still feel so nervous along with them?”

“Since we decided to join, of course we will hope for the show that we participate in to have good results,” Shi Xiaoya said with a smile.