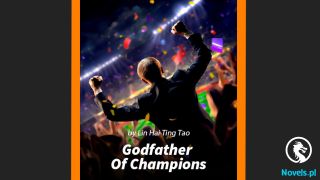 Chapter 1197: Was This An Indirect Kiss?

Ye Linlang was still feeling uneasy when it came to the barbecue at noon.

Perhaps it was because only Wang Xiaoya was punished, which made Ye Linlang feel a little unhappy.

However, things had come to this point, and Ye Linlang had no choice.

However, what made Ye Linlang the most angry was that even though the answer was already so obvious, the boys in the class still chose to believe that their goddess was innocent.

Even if they were obsessed with looks, they couldn’t be like this!

Jiang Qiran saw that Ye Linlang was absent-minded, so he handed her a roasted pheasant leg.

Although this place was remote, it’s game was very famous. Whether it was wild pheasant, wild boar, or wild muntjac, they were all delicacies that made tourists drool.

Ye Linlang looked at the handsome and tall figure beside her, and her heart finally relaxed a little.

As a foodie, Ye Linlang took the pheasant leg that was skewered with a wooden stick. When she smelled the pungent fragrance, she quickly forgot about what had just happened.

She happily took a bite of the pheasant leg meat. She only felt that her mouth was full of fragrance, but she didn’t pay attention and almost burned her mouth.

He shook his head helplessly at Ye Linlang.

“Eat slowly. No one is competing with you. If you like it, I can roast more for you.”

Ye Linlang raised her head and her gaze fell on Jiang Qiran’s flawless handsome face. Immediately, her brows and eyes curved, and there were even some oil stains on her mouth.

Because there was still something in her mouth, Ye Linlang’s voice was a little unclear.

However, Jiang Qiran still understood what she meant.

“I don’t really like barbecue. I ate a little more in the morning, so my appetite isn’t big now.”

As Jiang Qiran spoke, he took out a tissue. Seeing Ye Linlang so busy eating, he finally leaned forward and wiped away the stain on Ye Linlang’s mouth bit by bit.

She subconsciously wanted to take the napkin behind her, but Jiang Qiran didn’t allow her to do so.

Jiang Qiran grabbed Ye Linlang’s arm with one hand, and his other hand carefully wiped the oil stains on Ye Linlang’s lips.

Jiang Qiran clearly didn’t do anything, but Ye Linlang’s heart was palpitating, and she unknowingly lost her rhythm.

She lowered her eyes shyly. Even if she didn’t look at Jiang Qiran, she could feel that the young man’s gaze was burning, as if he could only see her in his eyes!

More than ten people in the class, seeing the two of them flaunting their love openly, immediately let out a burst of unintelligible laughter.

“Seriously! Young Master Jiang, you and Ye Linlang are torturing us! Are you not going let single dogs have a good meal?”

Jiang Qiran turned his head indifferently. Apart from Ye Linlang, it was rare for him to have a conversation with the class.

The boy looked embarrassed and let out an ambiguous laugh.

In fact, Teacher Zhao was also there. She felt very uncomfortable when she saw Ye Linlang and Jiang Qiran being so close without any reservation.

As the homeroom teacher of grade one Class A, she actually watched as her students messed around. What puppy love!

How old were these children? They were only sixteen or seventeen years old!

When Xia Qianqian saw Ye Linlang and Jiang Qiran being so close to each other as if there was no one else around, her heart felt like it had been pricked by a needle. She was the best at reading people’s expressions and immediately understood that Teacher Zhao was also very uncomfortable.

“Ye Linlang, everyone is watching now, and teacher is also here! Can you two be a little more careful? Be a little reserved like a girl?!”

Was she saying that she was indecent?!

Ye Linlang’s jet-black eyes instantly darkened. She had always been unhappy with Xia Qianqian, and now seeing Xia Qianqian using Teacher Zhao’s name to use her official position for personal gain made her even more unhappy!

“Teacher Zhao hasn’t even said anything, who are you to say something?”

Xia Qianqian immediately felt a little wronged when she heard that.

Her beautiful eyes were covered with a layer of tears, and she immediately looked at the homeroom teacher meekly.

Teacher Zhao’s heart was filled with anger. In fact, she was very opposed to it, but ever since that time in the principal’s office, not to mention a mere homeroom teacher like her, Jiang Qiran didn’t put even the principal in his eyes!

Moreover, after the incident, the principal even specially reminded her a few words.

He said that Jiang Qiran’s background was very important. If the matter between him and Ye Linlang really didn’t affect his studies, then he wouldn’t care about it for now!

It wasn’t the midterms yet. Even if she wanted to interfere, there was no basis for it!

Xia Qianqian had already caused enough trouble today. After all, Teacher Zhao wasn’t a man, and she was tired of seeing Xia Qianqian’s beautiful appearance. Her tone immediately became a little impatient.

“If Jiang Qiran and Ye Linlang’s studies aren’t affected, I think dating isn’t something to be against.”

The boys and girls in the class who had come to the autumn excursion were also a little surprised.

Had their homeroom teacher gone extinct?

She actually thought it through?

A boy whose results were not bad immediately smiled happily at Teacher Zhao.

“Teacher Zhao, do you think that with my strengths, I can find a girl in the same class to fall in love with?”

Teacher Zhao coldly rolled her eyes at him.

“You’re thinking too much. What about getting first place in the grade first, and pull ahead of the second place by more than 50 points for a start?”

Forget it. Jiang Qiran’s score was too exaggerated. Mortals like them shouldn’t challenge him!

Jiang Qiran was first place in the grade, but what about Ye Linlang?!

Xia Qianqian herself was clearly more compatible with Jiang Qiran!

The more she thought about it, the more aggrieved she felt. She immediately put down the barbecue in her hands, turned around and ran away.

“Qianqian! Wait for me!”

Wang Xiaoya saw that Xia Qianqian had left and immediately chased after her!

The autumn wind blew, and it was as if he could still smell the fragrance of devilwood flowers.

Ye Linlang squinted her eyes in enjoyment and immediately took a bite of the freshly roasted muntjac meat in her hand.

“Is it that delicious?”

Jiang Qiran saw Ye Linlang as a foodie. He didn’t have any appetite at first, but now he felt like he had a full appetite.

He couldn’t help but come forward and directly took a bite of the place where Ye Linlang had eaten.

Wasn’t this, an indirect kiss?