Support
Random Novel
A Record of a Mortal’s Journey t 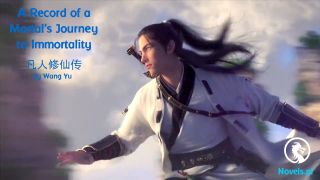 Chapter 2422: Breaking into the Divine Martial!

All seven of those people were dead, but they had all left behind a back-up plan.

Heaven had been fooled by their joint scheme!

His face was blurred, but the dragon robe that he wore marked him as the Emperor of the Sui Dynasty.

“I was no match for you and couldn’t stop you from taking my Stone of Destiny, but after several hundred years, someone has come to deal with you.”

“Ant, you dare act impudently before Us!”

“Is that so? Differences in strength are relative. Heaven, did you really think We could not see through those tricks of yours?”

A sovereign with a kingly aura emerged from another Stone of Destiny.

“From the moment you conspired against Us and killed Huo Qubing, We began to plan on how to deal with you.”

This figure’s royal aura was on par with the Qin First Emperor’s. If Wang Chong had seen this, he would have immediately recognized this man as the expansionist ruler of the Central Plains, Emperor Wu of Han.

“With just you lot?”

“A bunch of dead people, only wisps of their souls left, and you think We can’t deal with you? We will now wipe out the last vestiges of your souls and ensure that all of you are truly nothing but dust!”

As Heaven spoke, he unleashed all his energy to wipe away the traces these seven had left on their Stones of Destiny.

“Haha, Heaven, you truly are too arrogant and conceited. You overestimate yourself, and you have underestimated all of us!” Another figure emerged from a Stone of Destiny, his aura even stronger than Emperor Wu’s.

“Long before, we all predicted this day would come, and we each left behind a plan. The remnant souls we left behind are naturally not enough to stop you, but in concert with all the other arrangements we left on the continent, things are naturally different!”

The mention of these ‘other arrangements’ made Heaven’s heart run cold, and his eyes twitched several times.

How could that be?

How could they have other arrangements?

How could he not know?

Heaven’s eyes spewed flames of anger. A vast Psychic Energy blasted toward the seven Stones of Destiny, hoping to wipe away the mental traces the seven of them had left, but it was too late.

The world trembled, and far away, in the distant Nine Provinces…

And in the center of these various shards of stone were massive rocks, each one weighing hundreds of thousands of pounds. If one looked carefully, one would realize that each large rock had a mysterious character carved into it.

There were nine of these massive rocks, and nine different symbols.

As those rocks floated into the air, massive formations began to emerge from them, the smallest covering a range of nearly seven hundred thousand feet.

Powerful energies emerged from the giant rocks, and seven of them shared energies that were an exact match for the Stones of Destiny in Heaven’s possession. The other two belonged to the Sage Emperor and Xuanyuan.

Heaven’s face was stricken with disbelief. The others were one thing, but Xuanyuan and Li Taiyi were entirely another.

Yellow Emperor Xuanyuan had willingly been lured into the Celestial Palace. Immortality and the throne of the Celestial Emperor had been extremely tempting to Xuanyuan. In Xuanyuan’s youth, Heaven had intentionally revealed these things to him, and Xuanyuan should have known nothing about the truth before entering the Celestial Palace. How could he have left behind this formation despite knowing nothing?

As for Li Taiyi, from a certain perspective, he had ‘died of old age’. He had died within the Imperial Palace, and the last of his strength had gone to the Xiangliu Formation, while all of his property had been given to Wang Chong. When had he had time to lay down this formation in the Nine Provinces?

Had he known about something early on, leading him to make these arrangements?

“Persisting in evil brings about self-destruction. Heaven, you were too arrogant, ensuring your failure!”

Another figure emerged in front of Heaven, none other than Yellow Emperor Xuanyuan.

This was a projection from the Stone of Destiny he had left with Wang Chong.

“Heaven, we never had a chance to meet, and in the end, we had no opportunity to have a proper fight. But in the end, you still lost!”

Another light appeared, and Sage Emperor Li Taiyi walked out.

The arrangements left behind had now taken effect. Those rocks and the seven Stones of Destiny floating above Heaven’s brow were radiating brighter and brighter light.

Seven of those nine formations were resonating with Heaven’s seven Stones of Destiny, strengthening their power.

This was the greatest power that all of them could leave behind, and over many years, it had accumulated and grown even more powerful.

In the past, they would have found it very difficult to suppress Heaven, but Heaven had seized their Stones of Destiny and fused them with his mind. This gave them a perfect means of suppressing him.

“Impossible! Impossible! When did you leave these tricks behind that We would not know of them?!” Heaven finally asked, looking up at Li Taiyi.

“Ten-some years ago, in the capital, when you used those despicable methods against me,” the Sage Emperor directly answered.

Right before he had been trying to break into the Divine Martial realm!

Heaven had never imagined that this would be the answer, that Li Taiyi would have so long ago made his arrangements.

“Li Taiyi, We underestimated you! We truly underestimated all of you! But you have not won yet! Even if you hid so many things from Us, it is useless! We will shatter all the power you left behind, one by one!”

Heaven’s body seethed with killing intent. He was Heaven, the supreme Celestial Emperor, the eternal overlord of the human world. Even gods and devils had to obey his orders. No one could defeat him.

“There are some things that have never been yours, and it does not matter how much you try to seize and steal them!”

Wang Chong swelled with power. Not only was he at the half-step Divine Martial realm, he was far stronger. He was brimming with energy and at his peak state.

Stimulated by this energy, the Stone of Destiny at his brow erupted with even more dazzling light.

Wang Chong opened his hand and grabbed in the direction of Heaven’s brow. A moment later, Heaven’s brow trembled, and then the seven Stones of Destiny began to move toward Wang Chong as if something was pulling on them.

Whether it was in terms of aura, energy, luster, or size, Wang Chong’s Stone of Destiny far surpassed Heaven’s.

If one had to force these Stones of Destiny to choose one master, there was no doubt that they would choose Wang Chong.

Sensing what was happening, Heaven paled.

Clack! Crack! Heaven could sense his grip on the Stones of Destiny loosening, and he unleashed all his energy to try and stop the trend.

But as Heaven struggled, that pull grew more and more powerful.

As he spoke, one of the Stones of Destiny broke free and flew straight toward Wang Chong.

“No!” Heaven called out, reaching out with his right hand to try and stop it, but there was no stopping it.

Soon after that, all seven Stones of Destiny unleashed a powerful force, pushing Heaven away.

One Stone of Destiny was controlling the other nine. As the Stones of Destiny flew out, Heaven felt his connection with them being severed, and instantly suffered a severe backlash.

On the other end, the seven Stones of Destiny merged with Wang Chong’s, and a new, never-before-seen, and dazzling Stone of Destiny was born.

The light unleashed by the complete Stone of Destiny was so bright as to seem like a moon or sun.

At that moment, Wang Chong felt an unprecedented energy.

“Wang Chong, this is all we can help you with. The rest is up to you.”

“We can delay Heaven for a while. No matter what, you must succeed!”

“The Stones of Destiny have simply merged, and it’s not back to its complete form just yet. You have to reach the Divine Martial realm to do it!”

“The life or death of this world will all depend on you!”

In the howling winds, Xuanyuan, the Sage Emperor, Emperor Wu of Han, the Qin First Emperor… all of the former holders of the Stones of Destiny appeared before him, their bodies growing increasingly indistinct. Wang Chong knew that their energies were scattering, and it wouldn’t be long before they completely vanished.

Wang Chong’s eyes became resolved as he shot into the air like a rocket.

As he soared upward, the Nine Provinces shuddered, the nine floating rocks sending beams of energy into the heavens.