Support
Random Novel
Everyone is Young Except for Me 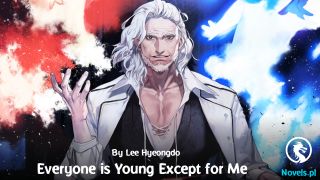 Chapter 2294: The Prophecy Is Fulfilled! The Third Lunar Eclipse!

“It’s about time. I should leave. If I do not appear soon, Essence Supreme will begin suspecting me.”

The Arab High Priest strode past Wang Chong and blinked out of existence. But his voice lingered in the distance.

“If it is destined, we will meet again.”

With the High Priest gone, the cave quickly fell silent.

Wang Chong stood motionless as countless thoughts ran through his mind, but he quickly came back to his senses.

Wang Chong looked at the ceiling of the cave. With Origin Supreme’s death, this dimension was growing unstable, and countless bits of stone were showering down from the trembling ceiling. But strangely, as the cave shuddered, he could feel his Stellar Energy resonating with it.

After a few moments of thought, Wang Chong opened his eyes, extending his middle and index fingers as he formed a spell. In a rush of air, energy began to surge into Wang Chong’s body from the surroundings.

Bzzz! Everything fell silent, and between Wang Chong’s fingers was a translucent crystal the size of a thumb, appearing like a diamond.

Wang Chong’s expression was grave. He knew that Origin Supreme had left something for him, but he hadn’t expected this.

Wang Chong had killed Firmament Supreme and Genesis Supreme, so he was extremely familiar with top-class Grotto Heaven Cores.

“It’s no wonder the Celestial God Organization couldn’t do anything to him even though they knew he was in Hyderabad, or even find out his exact location. It’s because of this Grotto Heaven Core.”

Wang Chong pensively looked at the Grotto Heaven Core. Many of the questions he had had been answered. Each Supreme had their strong points, unique methods that could gain them victory or protect themselves.

Origin Supreme had been capable of transforming his Grotto Heaven Core into a dimension that could conceal his aura from Grotto Heaven realm experts. The others, including Unity Supreme in the Great Snow Mountain Holy Temple and the Turkic War God on Mount Yaluo, had similar abilities.

Though this method didn’t make them completely unfindable, it would be like trying to find a grain of gold in the middle of sand.

After a few moments of quiet, the cave once more began to tremble. Without the support of the Grotto Heaven Core, the underground rock layer had become unstable, and he could hear cracking and groaning coming from above.

Wang Chong knew that this place was about to collapse and that he needed to leave.

Wang Chong used his Earth Movement technique and began to make his way through the rock.

On the surface, Li Siye, Young Master Qingyang, and Old Eagle quickly spotted Wang Chong and went up to meet him.

“Your Highness, how did it go?”

The three of them had sensed a massive tremor from beneath Hyderabad and knew that it had to be connected to Wang Chong.

Wang Chong was stingy with the details.

The others nodded and asked no questions.

A moment later, a silver barrier emerged from Wang Chong’s body, sweeping up the trio, and the group began to make its way back to the capital.

He had learned a lot from this trip to Sindhu. He needed to use this time and strengthen himself. In addition, there was only half a month until his wedding with Xu Qiqin.

Future events were very important, but so were the people at his side.

Time went by quickly, and the journey back to the Great Tang was smooth. That incident in Hyderabad had seemingly not drawn the Celestial God Organization’s attention. Or perhaps they believed that Origin Supreme was long dead and had not left anything behind.

But for some reason, Wang Chong remained uneasy, and this unease only intensified as they got closer to the capital.

As they approached a wild area of the Cong Mountains, Wang Chong frowned, his mind in turmoil.

Grotto Heaven realm experts had firm resolves and would not inexplicably feel unease. Wang Chong knew that there had to be a reason for this.

In the middle of his thoughts, Li Siye suddenly called out, “Your Highness, look!”

Wang Chong frowned and turned in the direction of the voice. Behind him, he saw that Li Siye, Young Master Qingyang, and Old Eagle were all looking up with strange expressions.

Wang Chong was somewhat flabbergasted. He had far more Psychic Energy than these three, and within ten li, he could even sense a passing bird. But all was quiet around them.

However, a moment later, Wang Chong sensed something and looked upward.

Clouds drifted in the air, but at some point, the sky had darkened.

Following their gaze, Wang Chong saw a full moon hanging in the sky, though perhaps it could not be called a full moon now. A black shadow had appeared from the left and was beginning to rapidly obscure it.

‘On the third lunar eclipse, you will encounter the greatest trial in your entire life and lose that which is most precious to you. You will also sense the greatest isolation…’ A familiar voice rang out in Wang Chong’s mind like a bell, causing his blood to seethe.

A lunar eclipse was a rare phenomenon that would always draw attention, even be recorded in the history books.

But for Wang Chong, this was no simple lunar eclipse.

If he recalled correctly, this was now the third lunar eclipse since the reign of the Sage Emperor, fitting perfectly with the Origin Immortal Lord’s prophecy.

“The plan has changed. We’re turning to the capital as quickly as possible.”

Wang Chong’s eyes twitched as he swept up the trio and hastened the journey to the capital.

The Origin Immortal Lord had specialized in divination and could be considered the number one diviner. He had even predicted several thousand years ago that Wang Chong would appear and made the appropriate preparations.

Wang Chong had believed that the third lunar eclipse that the Origin Immortal Lord had spoken of would not come so quickly, so he had never cared about it too much.

But to his consternation, it had occurred right as he was about to return to the capital from Sindhu.

‘…lose that which is most precious to you. You will also sense the greatest isolation.’

Wang Chong had a very fast reaction time, but he had still underestimated how rapidly the situation was developing.

One hour later, Wang Chong’s mind trembled, and it felt like some sort of thread in his mind snapped. There was an emptiness in his mind, as if he had lost something extremely important to him.

Wang Chong’s face rapidly turned into a scowl. He had suddenly lost his connection with Divine Embryos 2 and 3.

But it was evident that some mysterious incident had taken place in the capital.

The two Divine Embryos were linked to his mind, and even if something had happened, they should have quickly conveyed it to him. But now, there appeared to be some barrier that blocked any information.

“Your Highness, what’s wrong?” Old Eagle sternly said. Just now, he had only felt that a lunar eclipse was an extremely rare phenomenon, but his liege’s reaction meant that things were clearly not that simple.

“Hurry and get in touch with Zhang Que. I need to know what happened in the capital,” Wang Chong sternly said.

Wang Chong’s body erupted with Grotto Heaven realm energy, and he even controlled spacetime energy to shorten their journey to the capital.

Wang Chong quickly crossed through the Western Regions, all the while waiting for news from Zhang Que.

After numerous experiences, Zhang Que was completely capable of handling things by himself. If something happened in the capital, Zhang Que would send a messenger bird to inform Wang Chong without any prompting. But a day had passed without any movement from the capital, and Wang Chong had not received any information. It was like nothing had happened.

This only made Wang Chong more uneasy.

Zhang Que’s letter was a relief to Wang Chong. Both he and Old Eagle were very familiar with Zhang Que’s handwriting, and there was no doubting the veracity of the letter.

Even so, Wang Chong still felt some doubt and suspicion.

Zhang Que would not lie, and there was no doubting his loyalty. But there was also no doubt that he had lost connection with his two Divine Embryos.

It was like a thick fog had descended over the capital.

Outside the western gate of the capital, about several dozen meters away, three people looked at the magnificent gates and exhaled in relief.

“Your Highness, we’ve finally arrived. It seems that everything is fine in the capital,” Young Master Qingyang said in relief as he surveyed the capital.