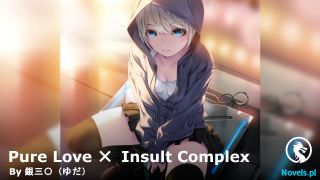 No one had predicted how this court session would turn out!

A few moments later, the Sage Emperor had withdrawn into the side hall.

The beards of the imperial censors trembled in rage. Despite their many exhortations, they had not been able to realize a single one of their desires, and their criticisms had achieved no effect.

The two of them exchanged a swift glance and nodded. If they couldn’t get an answer from today’s court session, they might need to force their way in.

This was something that had been decided during the previous meeting.

Wang Chong had an Imperial Dragon Bracelet, which was essentially a ticket of pardon. As Wang Chong could not enter the Imperial Palace through normal means, he would have to leave through Taihe Palace.

The sovereign was key to the function of the country, so an answer was needed for this problem.

Just when Wang Chong had made up his mind and was preparing to charge into the rear hall, footsteps came from above. Everyone watched in shock as a eunuch wielding a horsetail whisk walked out.

He looked around and quickly spotted Wang Chong.

“King of Foreign Lands, His Majesty has decreed for you to follow me!”

The voice was neither too loud nor too soft, but it instantly silenced the entire hall. Everyone turned to Wang Chong in shock.

The court session was over, so no one had expected the Sage Emperor to summon the King of Foreign Lands for an audience in the rear hall at this time.

Despite his surprise, Wang Chong immediately strode forward, following that eunuch into the rear hall.

Once Wang Chong was gone, the officials in Taihe Palace finally realized what was going on and exploded into an uproar.

“We can only depend on the King of Foreign Lands now.”

The rear hall was gloomy, only illuminated by the fist-sized luminescent pearl embedded in the ceiling.

As Wang Chong entered, he discovered a lofty figure standing with its back toward him.

But when Wang Chong looked around, he was taken aback.

All the other doors were tightly shut, and the attending palace maids, eunuchs, and guards, even the eunuch who had led him in, had all disappeared.

The only person present besides the Sage Emperor was Gao Lishi, his expression as usual.

It was just the three of them in this hall.

“The lowly subjects pays respects to His Majesty!”

Though he was surprised, Wang Chong quickly bowed to the Sage Emperor.

Upon hearing his voice, the Sage Emperor finally turned around, his face wise and majestic as it usually was. His dragon eyes were deep and profound, seemingly able to see through everything.

Wang Chong’s body trembled as he hastily lowered his head. For some reason, this Sage Emperor felt to him like the original one.

Just when Wang Chong was beginning to wonder why he had been summoned, a voice began to speak.

Before coming in, he had thought up all kinds of hypotheses, but the one he had not thought of was that the Sage Emperor had called him so they could play a game of chess.

Wang Chong swiftly pushed through his surprise to seat himself across from the Sage Emperor.

Since he was here, he might as well enjoy himself. Wang Chong was confident that the Sage Emperor had an ulterior motive for calling him here.

“We have heard that you played chess with Su Zhengchen, obtaining his promise with but a single piece. Come and accompany Us in a game!”

The Sage Emperor pulled a piece from one of the gourds by the board, his expression calm.

“Many things are like chess, in both governance and the battlefield. And human lives are pieces on the board.”

Clack! The Sage Emperor lightly placed the piece on the board.

Wang Chong fell silent, but after a few moments of hesitation, he took a black piece and placed it on the board.

As he examined the Sage Emperor’s clear eyes, he couldn’t help but be a little confused.

Not too long ago, the Sage Emperor was slapping the Crown Prince in the Eastern Palace, playing around with the palace ladies, refusing to attend court, proposing new construction, and even asking the provinces of the realm to offer their talented ladies to the harem.

But now, the Sage Emperor was appearing before him as a wise and profound sovereign, calmly discussing the similarities between governance and chess.

The difference between these two was like that between heaven and earth, two completely different people.

Even though he had been through so many hellish battlefields, Wang Chong felt rather confused and befuddled.

While his mind pondered these matters, he continued to play at a rapid pace.

Meanwhile, the Sage Emperor said no more, and the only sound was that of pieces striking the board.

If the Sage Emperor remained silent, Wang Chong found it awkward to speak, so he continued to play his pieces.

White and black pieces battled as swiftly as the falcon on the hunt against the hare.

Time continued to slowly meander by…

Wang Chong placed another piece on the board, but this time, the Sage Emperor stopped, his piece still in hand.

“A human’s life is like a chessboard, and so is war. You are the Nine Provinces Protector-General and the supreme war god of the realm. You are recognized as being the greatest in both the art of war and chess, but today’s game is not even over, yet your mind is unsettled!

“When your mind is unsettled, defeat is inevitable!”

The Sage Emperor shook his head.

Clack! The Sage Emperor placed his piece, upon which a large number of Wang Chong’s black pieces was encircled by the Sage Emperor’s white.

The Sage Emperor waved his sleeve, snatching up the black pieces and taking them into another gourd, leaving a vacant area on the board.

Looking at the chess board, one could see that white had the firm upper hand. Meanwhile, black was in scattered disarray and had no hope of recovering the board.

Wang Chong had failed to show any of his skill in this match.

Wang Chong put down his piece, stood up, and hastily bowed.

The Sage Emperor remained seated and smiled, apparently having expected this reply.

“We know what you are thinking. Today, if We did not summon you, you would have gone to any length to see Us. We ordered the Imperial Army Marshal at the gates to forbid you from entering the palace, and with your personality, you would inevitably try to force your way into the palace, perhaps even infiltrating Taiji Palace in the middle of the night,” the Sage Emperor indifferently said.

“Your lowly subject would not dare!”

Wang Chong shuddered at these words and hastily rejected the idea. But deep down, he began to coldly sweat.

The Sage Emperor was right. If he had not been able to see the Sage Emperor this time or get an answer to his questions, he truly would have tried to enter the Imperial Palace at night.

The Sage Emperor simply chuckled and put the matter aside.

“It is or it isn’t, will or will not—none of it is important. Do you know why We did not summon anyone else, not even King Song or the Crown Prince, only summoning you?” the Sage Emperor asked.

Wang Chong trembled once more at this question. He knew that the Sage Emperor had to have personally summoned him to give him a decree, but he had not pondered the nature of this decree.

Compared to the other officials, Wang Chong, as the Nine Provinces Protector-General, truly did enjoy the most favor from the Emperor. But that was not necessarily so compared to King Song or the Crown Prince, an imperial family member of many decades and the future master of the realm respectively.

The hall grew still, and the expression on Gao Lishi’s face slightly shifted.

“There is no need to be nervous. We have no other intentions.”

“We only wish to ask you a question…

“Wang Chong, can We trust in you? Can We believe that, in the future, you can stand in Our place and protect the rivers and mountains, the earth and the grain, the people of the Central Plains?”

The Sage Emperor’s smile vanished, replaced by a grim and somber visage.

This question and the majestic and solemn face of the sovereign instantly sent great waves surging through Wang Chong’s mind.

Wang Chong had considered many possible topics of conversation. Perhaps the Sage Emperor would bring up the Eastern Palace incident, or the matter of the Peace Pavilion, or even the selection of talented women. But he had not expected this sort of solemnly asked question.

And what did he mean by ‘stand in Our place and protect the rivers and mountains, the earth and the grain, the people of the Central Plains’?

What in the world did the Sage Emperor mean?

Wang Chong’s mind was in disarray.

Countless thoughts flew through his mind, but he was unable to make any rhyme or reason out of them.

“Your Majesty!” Wang Chong sternly said, a slight tremor in his voice. This question had inexplicably stirred a feeling of ill foreboding in him.

“There is no need to overthink it. We simply need you to say if you can or cannot.”

The Sage Emperor seemed to understand what Wang Chong was thinking, and he thrust out a palm to prevent Wang Chong from voicing his string of questions.

The hall was so quiet that one could hear a pin drop. The Sage Emperor stared at Wang Chong, his eyes brighter than the stars, seeming to stare straight into Wang Chong’s heart.