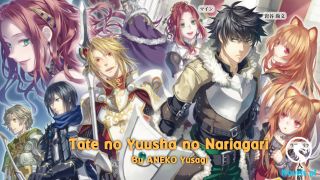 “Right, Master, what’s going on here? I waited a long time in the stone formation on the mountain, but there was no sign of you. And how did you get into the Origin Immortal Mountain before it had even appeared? And where is Senior Zhou?” Wang Chong asked. The events of the last few days were a complete blank for him.

“It’s a long story. When Senior Zhou and I went out scouting, we planned for it to be a short trip. But to our surprise, we ran into Song Yuanyi and his many Righteous Alliance experts. Senior Zhou isn’t a powerful martial artist, so I had to protect him, making our escape much more difficult. By the time we got back, you were already gone. I presumed that you had gone on your own to the Origin Immortal Mountain, so I took Senior Zhou and the Village Chief here in advance.

“But both Senior Zhou and I underestimated this place’s power. We had just forced our way inside when we discovered that this place was an immense ancient formation. The formation changed so quickly that before I even had time to prepare myself, I was separated from Senior Zhou and the Village Chief. This formation is extremely complicated. Pulling on one part will set the entire thing in motion, and the formation itself is constantly changing. All of us have been trapped in here for some time now.

“The only one who can comprehend this formation is Senior Zhou. I’ve already received word from him that he’s thinking of a way to break the formation, but there’s no solution in the short term,” he Demonic Emperor Old Man heavily said.

Wang Chong gasped in surprise. After a short daze, he shook himself and inspected his surroundings.

He had been completely focused on his master before, but now, he realized that he was surrounded by a gray haze. It was impossible to distinguish the sky from the earth, and it was also not possible to see what was going on outside. This effect was rather similar to the Four Symbols Yinyang Soul Trap, though on a much stronger level.

The crunching of bones came from nearby.

Wang Chong turned his head and saw that a seated skeleton wearing the uniform of a sect disciple had fallen to the ground. This person’s flesh had completely shriveled up, leaving only skin atop a framework of bones. From the look on his face, he had been writhing in excruciating pain before his death.

Looking around, Wang Chong saw more than a dozen such skeletons.

“These were all sect martial artists who blundered into the Origin Immortal Mountain. Even in death, they were not able to leave this place,” the Demonic Emperor Old Man said. “They were already there when I got here. It seems like this place hasn’t opened up just once or twice.”

Wang Chong did not reply, but his heart instantly sank.

“Senior Zhou said the same thing, but we can’t draw any conclusions right now. This formation is extremely old, while the art of formation has long been on the decline. There’s no person or faction left who can erect such a massive formation. This formation was definitely set down by the Origin Immortal Lord, and even if we don’t have the real treasure map, it’s definitely connected to it in some way. There’s no way this can be a simple trap.”

The Demonic Emperor Old Man had also been carefully inspecting his surroundings. He had pondered on the nature of the Origin Immortal Palace and come upon the same problems that Wang Chong had thought of.

At this moment, the world began to sway and the surrounding space began to shake. Wang Chong felt as if some giant hand had taken hold of the space and begun to shake it around, and he instantly grimaced.

A thought flashed through his mind. The formation is changing!

“…You might have already noticed that this formation shifts once every hour, and not all the positions change in the same way. According to Senior Zhou, there are eight types, eight changes. One moment, the position you occupy might be safe, but a moment later, it might be fraught with danger. But it’s fine. The position we occupy should be safe for at least twenty-four hours. This was also why I brought you inside.”

“Master, how did you come to know all of this?”

Wang Chong put on a strange expression. Although his master possessed a profound cultivation, he was not particularly skilled in the field of formations. Logically speaking, he should have had nothing to say about this place. He seemed more like…

“Of course, I myself know nothing about such things. It was Senior Zhou who told me. He ended up in one of the formation gates, but as he understands the ways in which formations change, he’s probably much safer than we are. Just six hours ago, he was pushed by the formation to a place close to me, where he told me all these things. And based on what he said, after another six hours, the formation’s shifting will unite his location with our location,” the Demonic Emperor Old Man calmly explained.

Wang Chong became much quieter after hearing this. The Formation Elder was a grandmaster of formations, perhaps the most formidable formation master of the current age. If he believed that their positions would join together after six hours, this was probably the case.

The older a formation, the more dangerous it is. Recklessly moving around in a place like this might cause a chain reaction that only draws one further into death’s embrace. I should wait until we join back up with Senior Zhou before doing anything, Wang Chong quietly said to himself.

As Wang Chong was thinking, he suddenly heard a howl of pain from nearby, followed swiftly by another, each of them extremely shrill. Wang Chong’s face flickered as he got to his feet.

“What sort of place is this?! Treasure! I want treasure! Ah!”

These voices were like the fleeting wails of ghosts and made one’s hair stand on end. Wang Chong rushed in the direction of a voice, but after he had walked just a few steps, it came to a stop. His surroundings fell eerily silent. A few moments later, one wretched scream could be heard, but this time, its position was constantly changing and difficult to pin down.

But both kinds of screams chilled one’s soul.

“There are many dangers in this formation. For those that lack power but are so overcome with greed that they recklessly rush in here to end up like this is not surprising.”

The Demonic Emperor Old Man’s face was cold and indifferent. He felt no pity for these sect martial artists who had heedlessly rushed into the formation. As they said, ‘one’s character is not suitable for one’s position’. Even though they had lacked strength, they had still longed for the world’s number one art. The Demonic Emperor Old Man had never had a good opinion of these people.

“Chong-er, get ready. Our own trial is coming!” the Demonic Emperor Old Man suddenly said.

Wang Chong was dazed, but he quickly sensed something and focused his mind.

Rumble! A few moments later, the space in which Wang Chong resided began to quake, but this was different from before.

Wang Chong felt like the space was rumbling like a high-speed train that had crashed into something. Hiss! Suddenly, dark green smoke began to pour into the space from all sides.

As the dark green smoke rushed in, the space hissed with the sound of corrosion.

Wang Chong’s mind trembled in understanding. He immediately radiated out Stellar Energy, which shrouded an area for several feet around him. At the same time, the Demonic Emperor Old Man trembled as he released his own flood of Stellar Energy to protect himself.

Hisss! A few moments later, the dark green smoke had engulfed the master and disciple. This poisonous mist was like acid, but all of the smoke was repelled by the hardy and dense Stellar Energy surrounding Wang Chong and the Demonic Emperor Old Man.

At the Demonic Emperor Old Man’s level, he was practically immune to poison, with only the strongest being capable of bringing him down.

As the master and disciple were putting all their strength into fending off the poison, a burst of screams and a chorus of thumping and banging could be heard. Several people rushed out of the poisonous mist and toward the pair.

“There’s no need to worry about them! The minds of men are evil, and those who enter this place are responsible for their own lives. If they want someone to blame, they should blame themselves!”

The Demonic Emperor Old Man closed his eyes, his expression stiff and cold. In his life, he had been betrayed by his disciple, attacked by both the righteous and evil, and been made a wanted man hunted by tens of thousands of people. Wang Chong and his sister had somewhat softened his heart, even making him willing to go all the way to Talas to assist Wang Chong and the Great Tang against the Arabs.

But this softheartedness was only for the people of the court and proper society. His attitude toward the people of the martial arts world was completely different. No one understood more than him just how sinister, crafty, cunning, and treacherous these people were. In the world of sects, if one wasn’t being backstabbed, one was the backstabber. There was no one worth trusting.

The screams continued, the pain within them cutting at Wang Chong’s heart like blades. As Wang Chong saw those figures charging off elsewhere and then rolling and writhing on the ground, he couldn’t help but sigh. He naturally understood what his master was thinking. In truth, from the moment they had stepped into the northwest, Wang Chong had already sensed that his master’s personality had subtly changed.