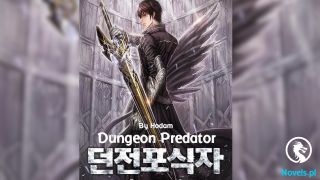 It looked like Xu Tui had really encountered an accident.

When Rick and Jeremiah were 10 meters in front of Xu Tui, Xu Tui could tell from his energy perception that Rick and Jeremiah had completely relaxed. This was especially so for Jeremiah. The energy field power in his body had returned to its normal regular flow. It was not as ready as before.

After all, the 10-meter distance was purely the home ground of Extreme Branch experts. At a distance of 10 meters, even if the person standing opposite them was a Mystery Branch Genetic Transmutor, the other party would still suffer greatly if they suddenly attacked.

Therefore, they all relaxed. This mission was done. Next, it would be easy to trick Xu Tui or capture him alive.

“Are you coming with us, or are we carrying you?” Rick asked Xu Tui. He was already considering taking advantage of the situation to capture Xu Tui alive.

“Wait a moment. I'll replenish my energy.” Xu Tui took out a bottle of Level D Energy Restoration Elixir that he had been holding in his hand for a long time. He pretended to drink it. Just as he was about to drink it, his eyes widened. “Miss An!”

Jeremiah swayed when the hammer hit him. That sway decided the fate of Jeremiah. There was a row of eight earth spikes. Three of them pierced through the crotch from below. The other three earth spikes, however, took a turn and pierced into his body while he was shaken by his mental hammer.

The most ruthless thing was the other two earth spikes. Those two earth spikes twisted and stabbed out from the side. It stabbed into Jeremiah's ears at lightning speed.

Xu Tui's Vajra Barrier had already risen the moment he attacked Jeremiah. Rick's reaction was extremely fast. Almost at the same time that Xu Tui killed Jeremiah, he whipped Xu Tui's chest, which was ten meters away, like a knife.

Xu Tui was sent flying by the violent fluctuations of the Vajra Barrier. Almost at the same time, Rick, who had let out a furious roar, had already pounced toward Xu Tui, who had been sent flying, like a shadow.

At this moment, Xu Tui, who had been sent flying, strangely turned a corner and flew diagonally opposite him. It caused Rick to miss. However, as an Extreme Branch expert at the Genetic Transmutation Realm, his combat strength was exceptional. He punched Xu Tui from dozens of meters away.

In an instant, fist after fist shot toward Xu Tui like a shooting star. Xu Tui was immediately chased like a dog. He continuously used Butterfly Flight to dodge in an extremely strange manner. At the same time, he continuously created small mountains to block in front of him. He blocked the fist mark formed by Rick's energy field.

However, after dodging repeatedly, Xu Tui finally found an opportunity. The mental hammer hit Rick's head. While Rick's mind was shaking, the earth spike suddenly rose. It stabbed Rick from various vital points just as it had stabbed Jeremiah to death.

Crack, crack, crack! The sound of the earth spikes being shattered rang out.

This time, Xu Tui had miscalculated with his Earth Spike.

Xu Tui was about to stab again when Rick suddenly stomped his foot. The ground rumbled, and hundreds of shattered rocks rose from under Rick's feet. Then, Rick pushed with both hands. The hundreds of rocks of the same size shot toward Xu Tui like cannonballs. This was a blanket attack.

At this moment, Xu Tui's Butterfly Flight was useless. Xu Tui could only materialize small mountains to block most of the rocks. However, Rick's fist mark was mixed in the middle as it blasted toward Xu Tui.

Two punches landed on Xu Tui. The moment the second fist mark hit Xu Tui, his Vajra Barrier shattered. He was sent flying 100 meters away like a shrimp. Blood spurted out of his mouth. Rick let out a cold laugh. He took a step forward and covered a distance of 50 meters. He arrived in front of Xu Tui in three steps.

“Kid, stop pretending. I know you're not dead!” Rick sneered.

Xu Tui, who was on the ground, did not move.

Seeing this, Rick spread out his fingers, forming an energy field that grabbed toward Xu Tui. Rocks flew everywhere. At this moment, a pool of water instantly flew out and turned into a huge blue water puppet that pounced at Rick.

Rick still sneered. He turned his fist into a sword and instantly pierced through the water puppet. But Xu Tui's water puppet did not shatter. At the same time, the earth spikes rose under Rick's feet again.

Rick, who had already activated his energy field defense, ignored Xu Tui's Earth Spike. He was on guard. Even if he stood there and allowed Xu Tui's earth spikes to continue stabbing him, they would not be able to pierce through his defense. Just now, Jeremiah had been caught off guard and was attacked!

At this moment, Rick, who only wanted to capture Xu Tui alive, wanted to retreat. But it was only then that Rick realized that the earth spike was not stabbing at him. Instead, the earth spikes continuously intertwined between his legs and waist, forming a cage-like earth spike prison.

Xu Tui raised at least 30 to 40 earth spikes and trapped him.

In an instant, Rick roared angrily. His energy field exploded, instantly shattering the cage formed by the 30-odd earth spikes. However, the water puppet that had just been pierced had already recovered and hugged him.

It was also at this moment that Xu Tui used his Time Distortion ability.

When he used this ability, Xu Tui's mental hammer slammed into Rick's head the moment the water puppet grabbed him.

Rick swayed. However, he did not panic at all. Extreme Branch cultivators were most easily affected by Mystery Branch cultivators” mental techniques as they took the opportunity to attack. So what if their minds were affected when they used their best defensive techniques? They could not be hurt!

It was the same for Rick. He was a little dazed, but his energy field defense was already to the max. That was how Xu Tui's earth spikes had broken just now.

Xu Tui's mental hammer continued to smash toward Rick's head. It continuously shook Rick's mind. At the same time, the sound of a flying sword piercing through the air rang out.

It was also at this moment that Rick suddenly heard a sharp whistle while he was in a daze from Xu Tui's mental hammer. He seemed to have thought of something and his expression changed slightly. But at the same time, silver light flashed. It passed through Rick's energy field defense and through his head, bringing with it a bloody light.

This was the supersonic flying sword that Xu Tui had activated with his powerful mind power. He activated it with a triple spiral!

It was a one-hit kill!

Xu Tui rubbed his chest and started coughing violently when he saw Rick fall to the ground. Blood flew out of his mouth, and his chest hurt.

The fist mark of a Genetic Transmutation Realm expert like Rick was not easy to withstand. His ribs were broken. This was the consequence after using the dual defense of the Mountain Formula and the Vajra Barrier.

Fortunately, Xu Tui had taken advantage of Rick and Jeremiah's carelessness to kill the careless Jeremiah first. Otherwise, it would be troublesome.

But why was Old Sha not here yet?

After killing two powerful enemies, Xu Tui once again focused his attention on his mental perception. Suddenly, Xu Tui's expression changed. He could sense that there was something abnormal about a rock 300 meters away.

In the next moment, the mental hammer smashed fiercely at the rock.