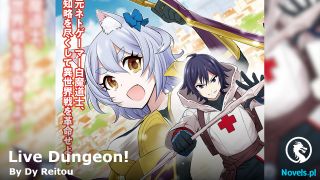 Peter was the number one genius of the Year One Extreme Branch. He was already a Level F genetic liberator when he started the individual level assessment. His combat strength was far ahead of other students of the same level.

Other than Xu Tui, Che Zhan was the number one genius in the Mystery Branch. In terms of strength, he was also very powerful.

However, in the first year, even if it was a genius of the same level with the same cultivation information, a genius of the Mystery Branch would not be able to fight against someone of the Extreme Branch.

Under normal circumstances, the combat power of an Extreme Branch student was far ahead of that of a Mystery Branch student. Even the second-year student, Dai Lijun, only started to rise during the second semester of his freshman year.

Based on Wen Shao’s previous analysis, Che Zhan would definitely be able to make it to the top 20 of the Year One Longhu List. It would depend on his ability to adapt to the situation if he wanted to go for the 10th to 15th place.

As for the top ten, it was very difficult!

In the previous year’s Longhu List, the Top 10 students were taken care of by the Extreme Branch.

Therefore, there was no chance of winning if Che Zhan challenged Peter.

He was not aiming for the rankings. It was more like a ‘suicidal’ challenge!

After fighting for less than two minutes, Che Zhan was kicked to the ground by Peter.

Che Zhan was defeated. After a while, he got up. He wiped the blood from the corner of his mouth and roared angrily at Xu Tui, who was watching the battle in his wheelchair.

“Xu Tui, we’re not afraid either! Xu Tui, you are powerful, but I am also unwilling to fight with a heavily injured person for some unnecessary reason. Three months later, I will challenge you in your perfect state! It doesn’t matter who wins or loses, it’s all for one battle!”

After saying that, Che Zhan looked in the direction of the Mystery Branch’s office building and said, “As for the reason why you forced us to challenge you to break our legs, we all know! Don’t worry, from now on, I won’t go on stage to challenge the rankings again after the opening battle of the Longhu List!

After saying that, Che Zhan hit his chest twice, almost causing him to vomit blood.

With that, he jumped off the stage and left without looking back!

Xu Tui, who was sitting in the wheelchair, cracked a smile. He bared his white teeth and did not say a word. However, he gave a thumbs-up to Che Zhan that had jumped off the stage.

With Che Zhan taking the lead, the seeded contestants of the Supernatural Branch quickly followed suit. They challenged an Extreme Branch student who was much stronger than them. After they were defeated, they made the same decision on the arena. They would not participate in the ranking battle today.

“Three months later, I want to challenge you. I only want a battle. I don’t want to win!”

At the same time, they also threw out harsh words.

Occasionally, there would be students from the Supernatural Branch who performed out of the ordinary and defeated their targets. They would also immediately challenge stronger opponents and be knocked out.

In less than half an hour, after the 23 seeded students from the Supernatural Branch failed to challenge the students from the Extreme Branch, they announced on the spot that they would no longer participate in the first-year Longhu List ranking battle and left one by one.

Among them, Peter was the favorite.

According to the rules, Peter could refuse to accept the challenge after being challenged five times today. However, Peter did not reject anyone and sent them to their deaths.

Xu Tui smiled as he sat in his wheelchair. He gave a thumbs-up to the first-year supernatural-type seeded players who had left.

They are not afraid! Furthermore, they are very smart. It had to be said Che Zhan gave a good start. He had made an excellent choice.

If Che Zhan and the others were really foolish enough to challenge those with similar rankings, they would wait for Xu Tui to challenge them and break their legs. There was no doubt about breaking their legs even though Xu Tui was injured. He could do it with a mental whip and a silver pill at most.

However, if Xu Tui had broken their legs while he was in a state of severe injury, that would really be embarrassing and painful!

He might as well have a vigorous battle like Che Zhan to prove that he was not a coward. Then, he announced that he would not participate in the opening battle of the Year One Longhu List today.

The rankings after the opening battle of the Longhu List this afternoon were the basis for the final teaching assessment.

He had achieved his goal!

No one would challenge Xu Tui anymore.

Of course, if someone were to challenge Xu Tui at this moment, such as Peter, the first-year tiger, Xu Tui would not mind using his flying sword to give him a vicious blow.

However, when he smiled, it slightly affected his wound and the corners of his mouth twitched.

“Go to the medical center to treat your injuries first. I’ll send you the skin you need for the skin transplant later. I’ll leave first.” An Xiaoxue left after sending Xu Tui a message.

Then, Xu Tui was pushed onto an ambulance and sent to the medical center. The bumps on the road, especially the pain that came from going up and down, made Xu Tui grit his teeth.

Of course, Xu Tui did not forget to inform Zhuang Ziqiang before he left.

“Keep an eye on them for me. There’s still half a day before the first year ranking battle ends. I don’t want anything to go wrong. If anything happens, inform me immediately.”

“It’s already like this. There shouldn’t be any more accidents. However, Brother Xu, don’t worry. I’ll keep a close eye on them. I’ll inform you immediately if there are any problems,” Zhuang Ziqiang promised.

Xu Tui was not being overly suspicious. He felt that he could trust the character of Che Zhan, Shen Ziyu, and the other supernatural first-year students.

However, Xu Tui did not believe in Wen Shao’s character. If Wen Shao did not give up, what other tricks would he play? If that really happened, Xu Tui would have to crawl out of the operating theater and fight another battle even if he was on the operating table.

Although it was already lunchtime, Zheng Shaohong did not leave.

“Teacher, I’m sorry. I’ve let you down. I didn’t achieve my goal. We’re going to lose first place in the teaching assessment.”

At this moment, even though Wen Shao was a professor from the Supernatural Branch, he still stood in front of Zheng Shaohong like a student who had made a mistake. He did not even dare to sit down.

“Have a seat first.”

Zheng Shaohong pointed at the chair. After hesitating for a moment, Wen Shao slowly sat down.

“It’s nothing. It’s just the first place in the Mystery Branch’s teaching assessment. We’ve already won it for four years in a row. It doesn’t matter if we give it up this year,” Zheng Shaohong said casually.

“But Teacher, you’re at a critical moment this year…”

“This year is indeed a crucial time. However, I, Zheng Shaohong, am qualified to compete for the position of dean. It’s not just because the Supernatural Branch got first consecutively for years.”

At this point, Zheng Shaohong waved his hand as if he did not care. “Don’t think too much about it. Losing the first place in the teaching assessment only added a little change. It’s not as absolute as before. The impact is not big. Actually, you did a good job in the entire incident. It’s just that Xu Tui’s performance was a little monstrous…”

The teacher and student conversed for a while before Wen Shao left the office building. His ashen face regained a little vitality.

After Wen Shao left, Zheng Shaohong did not leave to eat. Instead, he sat in his office and frowned in deep thought.

Losing the first place in the teaching assessment did not affect him as much as the outside world thought, but it was definitely not as simple as what he had said to Wen Shao. Otherwise, he would not have sent Dai Lijun directly.

This attracted the warning of the principal, Wen Xinglun.

From a certain perspective, the words that the principal, Wen Xinglun, had passed on to the so-called teachers of the Supernatural Branch through the dean of the Academic Affairs Office, Yan Chen, was also a warning to Zheng Shaohong.

He, Zheng Shaohong, still had to fight for the position of the dean of the Mystery Branch. He had to secure it. If he missed this year, he might have to wait another five or even ten years.

There were only a few positions in the Huaxia Genetic Evolution College that had the potential to advance.

Zheng Shaohong had already done his best to influence the university. In that case, he could only focus on the factors other than the Huaxia Genetic Evolution College.

After all, the Huaxia Genetic Evolution College was not an independent kingdom.

To be honest, it was a pleasure to perform surgery in the medical center of the Huaxia Genetic Evolution College!

If it were not for the fact that he could still hear the sounds of the surgical instruments and the occasional conversation between the doctors, Xu Tui, who had been kept awake by a curtain in the operating area, would have looked no different from resting normally.

It was quite boring to lie down.

Xu Tui tried to enter a meditative state. However, as soon as he entered, he took the initiative to cut it out.

In his meditative state, his physical senses seemed to have become even more subtle. He felt as if it was being magnified. The sound of the burnt skin on his leg being cut off made Xu Tui feel a little uncomfortable.

Xu Tui decided to summarize the situation out of boredom.

First of all, it was certain that the Supernatural Branch had lost first place in the teaching assessment. This meant that the School of Enlightened Mind would be able to get 500 million in flexible research funds. This was a huge sum of money.

There were few teachers and students in the School of Enlightened Mind.

In the past, the normal research quota funds were only 100 million. In the past, they were basically ranked last in the assessment, so the flexible research funds they received were even less.

However, this time, they could get an additional 500 million.

Of course, this did not seem to have anything to do with Xu Tui.

Next would be the Dragon of the First Year and the 86th place on the Longhu Overall Rankings. These two rankings would give Xu Tui additional points in his individual overall assessment.

Xu Tui felt that he would definitely rank first in his individual overall assessment. He had fulfilled An Xiaoxue’s request.

“Will Miss An give me any rewards?” Xu Tui was looking forward to it.

Of course, to Xu Tui, the greatest reward was the reward for being ranked 85th on the Longhu Overall Rankings.