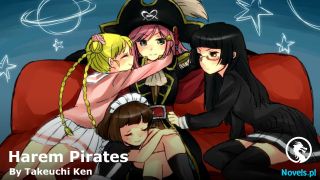 Although it looked like Ning Cheng threw on one spirit grass after another haphazardly into the No Furnace, he was meticulous with refining them. After all, this batch of pills was related to his life.

Refining a Dao Transformation Dao Pill and a Dao Essence Dao Pill were two entirely different concepts, almost equivalent to the difference between heaven and earth.

Fortunately, Ning Cheng had refined a furnace of six Six Yin Spirit Pills. Even though he refined it using the help of the Bestowing Lawless Fruit, the alchemic experience from the refinement wasn’t something that could be erased.

However, it was also a fact that it would be impossible for many talented alchemists to refine the Renewing Heavens Rippe Bone Pill even if they had refined many dao pills in the past. Fortunately, Ning Cheng had the experience of refining the Six Yin Soul Pill; as such, he didn’t face much difficulty refining the Renewing Heavens Ripple Bone Pill.

On this point alone, Ning Cheng might have gained a much deeper understanding of daos than Sichen Qiutian himself. That’s because what he pursued was the Returning-to-one Dao. What’s more, even Sichen Qiutian admitted that Ning Cheng’s grand dao had already surpassed his own.

As hundreds of spirit herbs melted in the furnace, the dao flame continued to refine away the impurities within them. Immediately after, the individual globs of refined medicinal essences began to fuse with each other and were repeatedly refined under Ning Cheng’s alchemic dao rhythm.

As Ning Cheng mentioned earlier, he didn’t use any pill art. What he did use, however, was his alchemic dao rhythm. Moreover, this dao rhythm would change every moment to adapt to the continuously evolving changes within the furnace.

The Broken Sky High Heaven Fruit finally broke down and integrated with the refined medicinal essence inside No Furnace. Its laws perfectly preserved.

The Silky Gauze Silver Phoenix Grass also broke down and fused with the growing glob of medicinal essence inside No Furnace, its laws intact.

The laws coalesced and grew clear as the glob of medicinal essence thickened further. Everything returns to one!

It didn’t matter if it were the laws of the Broken Sky High Heaven Fruit or the laws within the Silky Gauze Silver Phoenix Grass and the Irregular Heart Tree’s Tree Sprout. They fused with Ning Cheng’s alchemic dao and then coalesced into one without any issues.

The Returning-to-one Dao’s dao charm flowing within the pill furnace gradually expanded to envelop the furnace, forming a space filled with pill charms. At the same time, the pill furnace within this space kept making clear and rhythmic tingling-like sounds.

From the beginning to the end, Ning Cheng didn’t face a scenario where the spirit herbs’ laws collapsed, or he couldn’t control the coalescence of laws. Under his Returning-to-one Dao’s dao charm, everything seemed perfect.

One could say that this was his only chance. If Ning Cheng failed, not to mention gathering the materials again, where would he go to find someone to turn the ingredients into the pills he needed?

If Ning Cheng failed, the Void Star Sect would certainly kill Ning Cheng. But it wouldn’t help his condition and would also add more enemies. After all, Ning Cheng was a ‘certified’ Dao Essence Pill Sage from the Pill Union. Any sect that wanted to kill him needed to consider the consequences.

As for Liu Fanglin, she had already lost herself in Ning Cheng’s alchemic pill charm. She was a Dao Raising Pill Deity but facing this dao rhythm, she was like a parched human in the desert who found herself in unexpected rain. She kept on sucking in this sweet rain.

After half a day passed, Ning Cheng suddenly tapped the furnace. At this moment, even Wu Bufeng stood up in excitement. They all knew Ning Cheng had reached the critical juncture to form the pills.

The Renewing Heaven Ripple Bone Pill was said to be light yellow in colour but had no smell. Because of this, no one could tell whether Ning Cheng succeeded or failed in forming the pills until he took them out.

Suddenly, six pale yellow streaks flew out from No Furnace and landed on a jade tray Ning Cheng kept suspended near him. The crisp tinkling sound the pills made as they fell onto the tray sounded like the heavenly music from an immortal, mesmerising everyone.

Ning Cheng should have succeeded since the pills had come out of the furnace, right?

Ning Cheng removed the restriction around him and came out with a tired expression while holding the pill furnace. “Fortunately, it wasn’t a complete failure. However, half the pills couldn’t form.”

Ning Cheng naturally didn’t fail in forming the pills. He hid six top-quality Renewing Heaven Ripple Bone Pills in the centre of No Furnace. After all, No Furnace was also a storage-type artefact, which these people shouldn’t know.

This was also why he wanted to refine the pills in front of everyone. To tell Void Star Sect’s Wu Bufeng that he only refined six pills with everyone as a witness.

Why would Wu Bufeng care what Ning Cheng did at this point? He only cared about the Renewing Heavens Ripple Bone Pills on the plate. He quickly reached forward, took hold of the jade plate, and carefully examined them using his spiritual consciousness.

Three of the six Renewing Heavens Ripple Bone Pills were top-grade, and three were high-grade.

After a while, he excitedly held the jade plate in front of the skeletal man, “Ancestor Kang, it really is the Renewing Heavens Ripple Bone Pill……”

The skeletal man, addressed as ‘Ancestor Kang’, also showed a bit of red on his face. However, he looked a lot calmer than Wu Bufeng. Scrutinising the pills on the jade pills for a while, he finally took one of the top-grade Renewing Heavens Ripple Bone Pill and put it in his mouth.

At this moment, everyone immediately focussed their gazes on this skeletal man, addressed as ‘Ancestor Kang’.

Ning Cheng didn’t say anything. Even if Wu Bufeng decided to go back on his word and took away all the six pills, he wouldn’t say a word of nonsense. After all, these people were way more powerful than him; what could he do in this situation?

After only one incense stick's worth of time, a stream of black gas rose up from the top of the skeletal man’s head. When Wu Bufeng saw this, he immediately set a powerful shielding restriction around the skeletal man.

A few moments later, a drop of black water slid down from the skeletal man’s head which he immediately collected using a bottle made of unknown materials.

Immediately, an unbearable smell erupted from the skeletal man’s body, and blood started to flow through his face again. Flesh also started to grow just below the skin of his emaciated body.

A vast and terrifying aura also emerged from his body. Not just Ning Cheng, but even Gong Yangdi, standing opposite him, felt shocked by this heart-palpitating aura. Gong Yangdi recalled something, and his face turned pale. He never thought the Void Star Sect had another Dao Perfection powerhouse. Moreover, this Dao Perfection powerhouse was hit by the Ripple Bone Poison and rescued by Ning Cheng.

Was this the aura of a Dao Perfection powerhouse? Ning Cheng immediately guessed the cultivation level of this skeletal man and felt horrified. He already knew that the skeletal man was powerful, but he never expected him to be this strong. No wonder the Void Star Sect did everything they could to help detoxify the poison from him.

Another two hours later, the skeletal man waved his hand, and the restrictions around him disappeared without a trace.

Even the rising aura instantly disappeared as if it never existed. When Ning Cheng and the others saw him, he had already changed his clothes. He no longer looked like an emancipated man; instead, he looked like an ordinary cultivator from the street.

Ning Cheng even had to rub his eyes, not because this Dao Perfection Holy Emperor, addressed as ‘Ancestor Kang’, had regained his cultivation. But he could not sense him at all even though this man stood in front of him.

It was as if this person had merged into the void, making it impossible to sense any trace of him. Moreover, even if people could ‘see’ him, he would still look like an ordinary cultivator, no, an ordinary mortal.

“Pill Sage Ning, many thanks for your help. You can take your pill to detoxify your friend. After all, your friend’s plight did bring me some benefits.” Ancestor Kang looked at Ning Cheng and spoke up with a soft voice.

Ning Cheng felt taken aback. He understood what Void Star Sect’s Ancestor Kang meant. That is, he refined the Renewing Heavens Ripple Bone Pill for him because he wanted to help Liu Fanglin with her poison. Apparently, he had already noticed Liu Fanglin’s poisoning.

“Many thanks for the generosity, senior.” Since the other party understood his actions, Ning Cheng no longer needed to continue hiding it. Concealing such things in front of a Dao Perfection Holy Emperor was idiotic. Fortunately, I put away the No Furnace a long time ago; otherwise, who could say if this fellow could see the six top-grade Renewing Heaven Ripple Bone Pills in the No Furnace.

“Ancestor Kang, have you truly recovered?” Wu Bufeng wasn’t able to contain his excitement. After all, his Void Star Sect finally managed to bring back their Dao Perfection ancestor.

Ancestor Kang only nodded. However, only he knew that his strength was far from recovered. He needed to return to the sect and seclude himself for a few decades, but he couldn’t just say it here.

Only five pills were left on the pill after Ancestor Kang used one. Therefore, according to the previous distribution plan, he should have taken at most one of the remaining five pills. But Wu Bufeng seems to have forgotten the previously agreed upon distribution plan. After taking away three pills, he said, “Pill Sage Ning, because we do not know the after-effects of the Renewing Heavens Ripple Bone Pills, so I will borrow two more pills for the time being. Once I’m sure there are no problems with the pill, I will return the rest to you.”

Ning Cheng sneered in his heart. Sure enough, his guess had come true. Ning Cheng knew that Wu Bufeng would renege on his word when he wanted one-third of the pills. With this, he no longer felt guilty about wronging this dark-faced bastard. Borrowing two pills? Even an idiot could tell that Wu Bufeng wouldn’t return these two pills.

Unfortunately, not only did Wu Bufeng take away extra Renewing Heavens Ripple Bone Pills, but he also played dumb and didn’t take out the promised spirit veins. Therefore, Ning Cheng decided to take the initiative to ask for them. After all, he had only recently stepped into the Dao Sculpting Realm, so those spirit veins would be really useful for him.