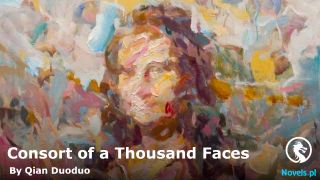 Just before dawn, Ren Xiaosu and Yang Xiaojin sat side by side at the top of the tallest building in Stronghold 88 and waited for the sunrise.

"Xiaosu, what was the world like before The Cataclysm? What did people eat?"

"There wasn't much of a difference in the kind of food we had compared to now. There was rice, noodles, hot pot, and tofu stew, and we could have them whenever we wanted. Back in that era, supplies were much more abundant than now, and very few people would starve to death in these lands."

"They could eat anything they wanted?"

"Something like that. They could even get to eat large cherries and bananas grown in faraway places."

"Yes. Airplanes and high-speed trains existed in that era. It would only take an hour or so to fly from here to Fortress 178, and the high-speed trains had reached a stable speed of 270 kilometers per hour and above. Everyone owned a cell phone in that era, so it was really easy for people to speak with their family members."

"Everyone owned a cell phone?" Yang Xiaojin asked curiously, "They could go wherever they wanted back then? Did this apply to normal people as well?"

"Yes, there were trains or highways connecting almost every city." Ren Xiaosu said, "In that era, cities were not walled or built like strongholds, and there were no such things as stronghold residents or refugees. People could enter and leave a city whenever they wanted. If you felt like it, you could even travel to the other side of the world. Back then, many families owned cars. It's unlike now where cars are a luxury item only for the rich.

"There were also a lot of celebrities in that era. Almost every family had a television in their homes where they could watch their favorite shows and celebrities.

"Almost every family had access to a computer connected to the global internet in that era. People could shop online, and the goods would be delivered straight to them from the warehouses. Even if you only bought a hairpin, someone would still deliver it personally to you."

"A globally connected internet?" Yang Xiaojin was a little fascinated. "Xiaosu, what was the world really like before The Cataclysm? Was it very beautiful?"

Ren Xiaosu continued, "Of course, I'm not saying that it wasn't a good era. I still miss it very much."

It was an era facing impending changes, and everyone's lifestyle was also undergoing huge changes with generations of people living through it. Sometimes, Ren Xiaosu even felt that it was not the people who brought about change to an era but the era that propelled human civilization forward.

Although Ren Xiaosu had all kinds of dissatisfaction with that era, he had to admit it was still a magnificent era with bright potential.

"That's why we gotta concentrate on the Prosperous Northwest." Yang Xiaojin said with a smile, "Let's make an agreement. When we get back, you should properly carry out your duties as future commander of the Northwest so you can show me the world you've seen as soon as possible, alright?"

Ren Xiaosu felt a sense of excitement. "Sure, I feel it'll only take a few decades before we regain the glory of that time."

Yang Xiaojin sat on the edge of the rooftop and gently rested her head on Ren Xiaosu's shoulder. Within a night, there seemed to be no estrangement between the two of them anymore.

For the next fortnight, the two of them fully indulged in eating, drinking, and enjoying themselves. In Ren Xiaosu's words, this was like a honeymoon. After they returned to the Northwest, they'd have to hold a wedding ceremony to top it off.

Ren Xiaosu planned to hold a grand wedding. He'd have to invite more people so he could collect more gift money.

Ten days later, Ren Xiaosu and Yang Xiaojin went to collect the completed clothes and shoes. They left two gold bars each for Auntie Lan and Grandma Lin and advised them to hide them well. If another war broke out, they were to stay put and wait for Ren Xiaosu to come and rescue them at the first opportunity.

Ren Xiaosu was silent for a moment before answering, "The Southwest's enemy is not the Northwest."

In fact, the Northwest and Southwest were now facing a common enemy. However, Ren Xiaosu wondered if Wang Shengzhi would really be crazy enough to launch an all-out attack on the Southwest and Northwest.

Although the Wang Consortium was stronger than ever, the Southwest and Northwest were not easy opponents either, right?

However, Ren Xiaosu could not determine if his judgment was correct. That was because there was not only the Wang Consortium in the Central Plains but also Zero.

Ren Xiaosu and Yang Xiaojin had discussed Zero's existence before. Sometimes, in his opinion, he even felt that Zero existed independently outside the Wang Consortium's control.

Because in Zero's opinion, it had categorized itself as a civilization different from humans. Therefore, there was actually nothing wrong with Luo Lan treating the artificial intelligence as an alien civilization.

Ren Xiaosu once read in a book that it was very difficult for civilizations to coexist. It was not only a matter of allocation of resources but also an ideological issue between two civilizations.

Zero was born into existence during the annihilation of the creeper vine, so it witnessed how humans treated a foreign species. Ren Xiaosu always felt that the seeds of danger had been planted during that time.

But at this moment, Ren Xiaosu felt that as long as Yang Xiaojin was by his side, he would have the courage to face all dangers.

After they were done with everything in Stronghold 88, they headed straight to the Yang Consortium's manor museum like they were an ordinary tourist couple.

But just as they bought their tickets and entered through the main entrance, a security guard inside was stunned to see them. "Wait a minute, have I seen the two of you somewhere before?"

Ren Xiaosu and Yang Xiaojin looked at each other with a knowing smile. "I think you've got the wrong person?"

The security guard remembered. "You were the ones who trespassed into the museum several nights ago. Stay right there and don't move! I'll call the Public Order Division over!"

Ren Xiaosu and Yang Xiaojin did not listen to him and walked straight towards the manor.

"Hey, you two, stop right there! Are all thieves this arrogant these days?!" The security guard chased after them, but he saw Ren Xiaosu and Yang Xiaojin getting away faster and faster. The security guard could only watch helplessly as they ran into the backyard of the Yang Consortium's manor.

When the security guard breathlessly ran into the backyard, he was shocked.

Where had that couple disappeared to? They seemed to have vanished into thin air!

After passing through the enchanted doorway, Ren Xiaosu looked towards the crescent lake and saw Midnight's huge head floating on the surface of the water. It stared fixedly at him as though it were condemning him in silence.

Ren Xiaosu was a little embarrassed. He had assured Midnight that he would return soon, but he actually went away for more than ten days. Therefore, Midnight must've guarded the enchanted doorway for the entire duration.

"Pfft." Midnight spat a glob of saliva at him. Yang Xiaojin hurriedly dodged to the left, leaving Ren Xiaosu standing there alone.

With a splash, Ren Xiaosu felt as though he had been drenched from head to toe by a small pool of water.