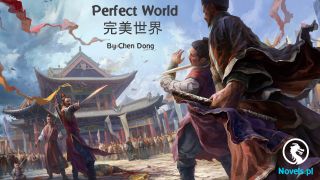 Almost half of the people in the trade caravan had gone to attend the worship service at Vaduz Cathedral. Gradually, they all returned to the relay station with Qian Weining waiting at the entrance and urging everyone to quickly pack their belongings. Ren Xiaosu could tell that Qian Weining was getting really anxious. The unexpected incident at Vaduz Cathedral might actually affect the plan the trade caravan was carrying out in secret.

Ren Xiaosu did not have anything to pack, so he swaggered over to the entrance of the relay station and sat there.

In just an hour, four or five squads of guards passed by the entrance of the relay station, with one of them carrying out a detailed inspection of the trade caravan within the rest stop. But to Ren Xiaosu’s surprise, the guards left after Qian Weining showed them some documents.

At first, Ren Xiaosu thought Qian Weining was on hostile terms with the Berkeley family. Otherwise, why would he behave so cautiously and nervously in their territory?

After a while, Chen Cheng and An’an also returned. They did not join up with their aunt but expressed their stance immediately when they saw Ren Xiaosu. “Please put us through the stress training you mentioned!” Ren Xiaosu said with a smile, “So you understand how important stress training is now?”

The two of them were also dressed in red outfits, so it was obvious they had also attended the worship service at Vaduz Cathedral. Therefore, they must have witnessed for themselves how the archmage’s spells were interrupted.

At that moment, their only thought was, ‘Stress training is very necessary!’

The archmage possessed a red Eye of True Sight and had been studying sorcery for many years. In the end, all his toiling years of cultivation, research, and meditation could not even stand up to a slap in the face.

Chen Cheng and An’an understood there was no need for the slap to be too hard. All that was needed was for it to disrupt one’s thoughts so an incantation could not be completely recited, leading to the spellcaster losing naturally.

Sorcerers who could not recite incantations were even worse than the average person!

As such, the two of them immediately remembered the stress training Ren Xiaosu had mentioned. They knew they needed such training!

At some point, they even suspected Ren Xiaosu might have been the one who slapped the archmage. But they felt it was not him after much pondering.

In their impression, Ren Xiaosu had always been a pure gladiator type right from the beginning. In other words, he was someone who did not know any sorcery and relied entirely on his physical strength to fight.

Moreover, Chen Cheng had also confirmed with the sheeple many times that Ren Xiaosu was not a sorcerer. All he had was the great strength he was blessed with. More importantly, Ren Xiaosu was from the Central Plains and did not know the language of the Magi, so he could not possibly cast any spells at all.

The Shadow Door conjured up in front of the archmage was determined as a new type of spell in the end. Over the years, new spells had been discovered. Strictly speaking, sorcerers were not the creators of spells but discoverers of them.

Although some spells were recorded in the Introduction to Sorcery, only a few people managed to master their meditative visualization diagrams. One such example would be the Meteor Shower spell. Currently, no one other than those from the House of Tudor knew how to cast it.

It was not only the Tudor family that had access to such secret spells. The House of Berkeley had them too. This was the reason why Russell strongly objected to the aristocracy’s rule over the magus order. He wanted to establish a magus school where all the magus arts would be taught systematically through a planned curriculum.

In this way, the barrier that was the proprietary spells of each clan would get torn down. However, this violated the fundamental interests of the aristocracy. Who would be willing to share something so precious with others? If it weren’t for the fact that Russell was such a genius at sorcery and had gathered a large group of young followers around him, he probably would not have even survived until The Cataclysm times.

Now that Russell was dead, no one could tear down the spell barriers of the sorcerer clans.

Therefore, it was also very likely someone had mastered a new spell but kept it a secret. Otherwise, who could explain what that Shadow Door was about!

This speculation provided Ren Xiaosu with some convenience. While the archmage of the Berkeley family was searching for the culprit, he speculated that this might be an act committed by an enemy clan to discredit their Berkeley family. He never once considered it might be linked to a junior sorcerer like Melgor.

After all, who would be so bored as to provoke the archmage of a large clan like theirs?! Was there nothing better to do?!

The simple experiment Ren Xiaosu had started was about to get elevated into a political battle by the Berkeley family.

Before the trade caravan could leave, another piece of news was spreading through the streets. Ren Xiaosu heard a nearby pedestrian saying, “A sorcerer at the cathedral told the public that someone in power in the kingdom has committed heinous crimes and betrayed the gods. The gods punished that archmage who got beaten up because they blamed the Berkeley family, as the successor of the gods, for allowing a betrayer of the faith to continue running amok. “The gods see the Berkeley family as their most loyal followers, so they hope that they can eliminate the traitors in the north.”

Another pedestrian was taken aback. “Who’s the traitor?”

“Haven’t I made it clear enough?” The first pedestrian lowered his voice and said, “The House of Winston in the north has always been loyal to the Berkeley family, so that only leaves the Houses of Norman and Tudor!”

“Huh? The Normans and Tudors? Is a war going to break out in the kingdom?” someone exclaimed softly.

“So what if there’s a war? They’ve betrayed the gods, so of course we have to declare war against them! By betraying the gods, they’ve also betrayed us!” someone said.

Ren Xiaosu was dumbfounded when he heard that. Wasn’t the crisis communication[1] ability of the Berkeley family a little too strong? They actually managed to shift the public sentiment in their own territory and point the blame at the Norman and the Tudor families after that incident?

These extremely politically motivated rumors were obviously spread by the Berkeley family themselves!

At this moment, he did not know his four slaps had instantly brought the Berkeley family’s plan forward by several months!

As the trade caravan set off, Melgor lamented in the carriage, “We were so close when the incident happened. I could feel the pain when I heard those four slaps. I wonder who created a new spell. It’s way too sinister.”

Ren Xiaosu glanced at Melgor. “It’s not like you got slapped.”

Melgor looked at Ren Xiaosu. “The problem is, that culprit was way too strong. I even saw the archmage’s teeth get knocked out.” Crisis communication is a sub-specialty of the public relations profession that is designed to protect and defend an individual, company, or organization facing a public challenge to its reputation.