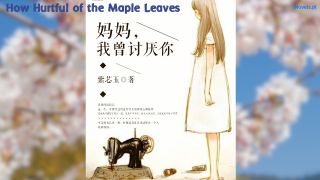 Elder Wan Zheng coughed, and his aura weakened. “Ahem, I actually don’t want to defend him either… That Yuan instrument needed its weapon soul refined, right? Strictly speaking, he didn’t intend to go against the rules. He was just… for—”

Elder Bo Yan sneered. “But this isn’t his first time. If he doesn’t correct himself, in the future—”

Although Wan Zheng felt that he was logical in his heart, the person in front was still his disciple after all. If Chu Yue really was punished harshly, he wouldn’t be able to bear it.

He felt happy in his heart, but he couldn’t show it to Elder Bo Yan.

“Of course! Of course, he must be punished!” Elder Wan Zheng supported it. “But… don’t harm the child’s foundation…”

He is really a rare talent. If he is harmed, we will be the ones feeling the pity and heartache!

Elder Bo Yan had already expected Elder Wang Zheng would say such a thing. Ever since he called the latter over, the two of them had been arguing about this for a long time. How could he not know what Elder Wan Zheng was thinking?

Elder Bo Yan helplessly shook his head. “Wan Zheng, if you continue to spoil him, he’ll get into serious trouble sooner or later!”

Elder Wan Zheng couldn’t help but say, “It’s not like there wasn’t another kid who could cause more trouble than him. Back then, that girl—”

“Wan Zheng!” Elder Bo Yan furrowed his brows tightly and immediately yelled for him to stop.

Elder Wan Zheng then realized that he had misspoken and fell silent.

Almost without hesitation, Chu Liuyue felt that they should be talking about her. She looked down slightly, and emotions flashed across her eyes.

In actual fact, she had already recalled some incidents here and there during this period.

The previous me was a genius in Ling Xiao Academy, and I did many things that made life difficult for others. Continuous opening of the academy’s barrier, using precious herbs from Medicinal Valley… All of them are hard to calculate. If not, the elders won’t have lingering fears when they talk about me, even after I had left the academy for so long. But… Even now, I don’t understand how exactly I did those things. I don’t even know when I broke through to the Apotheosis Realm.

Elder Bo Yan recovered his emotions and gazed at Chu Liuyue. “Chu Yue, your mentor dotes on you and can’t bear for you to be punished, but this incident is very serious. If we don’t punish you severely, it won’t be inappropriate. What do you think?”

Chu Liuyue looked up, and her gaze was clear and genuine. “I know that I’m in the wrong. I’m willing to bear all the responsibility.”

Elder Wan Zheng was hesitant in his words, but seeing that his disciple had such an insistent attitude, he could only swallow those words.

Elder Bo Yan’s gaze became gentler. Chu Yue has this attitude, which shows that he can still be taught.

But after the previous two incidents, he didn’t dare to completely believe that Chu Yue would turn over a new leaf. “Originally, your mentor and I wanted to lock you up at Fengmin Mountain for a period of time.”

“But we did that the previous two times, yet it didn’t serve as a warning to you.” Elder Bo Yan could also tell that Chu Yue had no fear of this incident. If it were someone else, they would become very obedient after going there once. However, Chu Yue was completely different.

Hence, he felt that this method had no use on Chu Yue anymore. “So this time, we’ll change the punishment.”

Chu Liuyue’s heart instantly felt empty. I thought I could go there again… What a pity…

She paused and couldn’t help but say, “Elder Bo Yan, I made a very serious mistake this time, and I’m willing to accept any punishment! Y-you can lock me up at Fengmin Mountain again…”

Elder Bo Yan glanced at her strangely. “Why? Do you really want to go again?”

Chu Liuyue sensibly stopped the topic. “You’ve misunderstood. I just… I mean that I’ll be willing to accept any punishment you give me.”

Elder Bo Yan then nodded in slight satisfaction. “It’s good that you have this realization. As for your punishment… From today onward, you’ll be responsible for guarding Fiend Park for a month.”

“Bo Yan! Y-you… I don’t agree!” Elder Wan Zheng swallowed the vulgarities that were about to slip out of his mouth with much difficulty, and he slammed the table angrily. “What kind of place is Fiend Park? Aren’t you trying to send him to his death by asking him to go there for a month?! No! You must reduce the time!”

However, Elder Bo Yan had a calm gaze and leisurely said, “If it were someone else, it would naturally be dangerous. But don’t forget that Chu Yue has a legendary fiend. Since he has the ability to make an agreement with a red-tailed phoenix, will he be unable to guard Fiend Park for a month?”

Elder Wan Zheng was stumped. “T-that’s different! The ones at Fiend Park are free to roam around, and they haven’t been trained. They’re violent! Even if an elder went, they might get hurt, let alone Chu Yue!”

“You’re thinking too much.” Elder Bo Yan shook his head and had an insistent attitude. “Chu Yue has caused trouble repeatedly, but his life is tenacious. The previous time, he managed to escape unscathed even though so many legendary warriors surrounded him and attacked him. When he refined the weapon soul this time, countless lightning bolts struck, but he’s in one piece. If you say that his life is tenacious, I would even think that it’s an understatement!”

Elder Wan Zheng was at a loss for words. He had no choice because everything Elder Bo Yan said was the truth! In actual fact, I’ve always thought about it in my heart. Chu Yue always causes trouble, but his troubles aren’t something an average person can cause. It requires some form of capability as well.

Knowing that there was no room for bargaining, Elder Wan Zheng hesitated for a long time and could only agree.

“You can ask him to go, but I’ll immediately bring him out if there’s any danger!” As he spoke, he looked at his disciple and reminded her, “Chu Yue, if anything wrong happens, you must immediately use your black jade plaque and send a call for help. I’ll definitely rush over instantly! You mustn’t act strong under any circumstances! Do you understand?”

Elder Wan Zheng looked at the young man in front of him.

Probably because the latter had experienced a huge ordeal the day before and didn’t rest properly today, he looked frail, and his lips were pale. But when he smiled, he had clean eyes and a warm smile.

It unwittingly caused one to want to smile with him.

This kid… He can only smile this naively now. When he knows what kind of place Fiend Park is, he will…