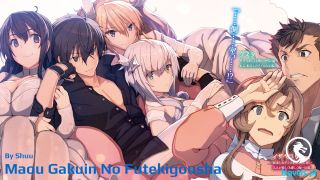 It had never occurred to Li Mu that Dongfang Piaoliang, the officer of a posthouse of the White Fox Tribe, would be a spy deployed by the Dark Yellow Army on the White Earth. He had never expected that Hua Xiangrong would almost overturn the entire Imperium Vulpes Divine City.

“The power of the Lady of the Clouds has shocked all parties. She has broken into the prison of the Heavenly Fox Temple several times and scared the hell out of the Heavenly Fox Clan. She almost rescued Bu Feiyan and her sister from prison. If it weren’t for Bai Yuanshou’s personal intervention, no one in the Imperium Vulpes Divine City would be able to stop her,” Zheng Wei’an said.

Upon hearing that, Li Mu finally breathed a sigh of relief.

At least, Hua Xiangrong was not in great danger. That was the best news. Li Mu felt that if anything bad happened to Hua Xiangrong, he would regret it for the rest of his life.

“So, Bu Feiyan and her sister are incarcerated in the prison of the Heavenly Fox Temple, right?” Li Mu asked.

Zheng Wei’an looked guilty. He said, “That’s right, Your Honor. I’m sorry for having failed to stop the people of the Heavenly Fox Temple from taking them away.”

Even if Zheng Wei’an had tried his best, he wouldn’t have been able to save Bu Feiyan and her sister anyway. Moreover, he might have gotten himself killed, which would make the situation worse.

Zheng Wei’an shook his head shamefully and said, “I haven’t found out yet. The Heavenly Fox Clan has launched a manhunt for Lady of the Clouds throughout the city. They have set up ambushes and had several fierce fights with the Lady of the Clouds. She is hiding in the city, but nobody knows where she is.”

Li Mu rubbed his temples, thought for a moment, and then asked, “Has the ancestor of the Heavenly Fox Clan ever shown up?”

Zheng Wei’an shook his head. “He didn’t show up… Rumor has it that he has died of old age.”

“Those old bastards are not dead yet,” Li Mu thought to himself.

Those ancestors did not show up. In this case, they should be racing against time to integrate the so-called “divine blood”.

Bai Jun the God of War had taken out two drops of his divine blood. The remaining divine blood in his body had lost most of its divinity, but for the ancestors of the six major clans, it still had a certain effect.

After getting the “divine blood”, the six ancestors couldn’t wait to merge it with their own martial arts power so that they could break the shackles and become True Gods.

For them, everything happening in the Imperium Vulpes Divine City might be like child’s play that would pose no threat to them, so they didn’t care at all.

They had greater ambitions.

That was good news for Li Mu.

As long as they were busy practicing behind closed doors and did not interfere, it would be easier for him to take subsequent actions.

“Mr. Zheng, please keep an eye on the things that happen in the city. Once you get any news about Hua’er, let me know. I’ll find a way to rescue Bu Feiyan and her sister first,” Li Mu said.

Upon hearing that, Zheng Wei’an hurriedly said, “Since the Lady of the Clouds broke into the prison of the Heavenly Fox Temple for the first time, the prison had been heavily guarded by the Heavenly Fox Clan. They have also set up various traps. Your honor, I’m afraid it’s not easy to rescue them.”

Anyway, he was somewhat running out of time.

According to what Dong Guo had said before, Bu Feiyu’s soul injury could be suppressed until tonight at most. If she couldn’t be treated with the Soul-replenishing Heavenly Herb by tonight, there would be no way to save her.

Therefore, he must enter the prison before nightfall.

He thought for a moment and said to the Gold and Silver King, “Find a way to enter the prison of the Heavenly Fox Temple and locate Bu Feiyan and her sister.” He briefly described what the two sisters looked like and then said, “Try your best and let me know the result within two hours. Don’t make any mistakes. Do you understand?”

The Gold and Silver King answered, turned into a streak of gold and silver light, and disappeared from Li Mu’s shoulder.

“This gold-silver rat seems to be very powerful.”

Li Mu thought for a moment and then said to Zheng Wei’an, “Find a way to get out of the Imperium Vulpes Divine City and get ready to leave.” Then, he added, “Be careful.”

For intelligence agents, when the mission period began, they would start carrying out espionage activities. Their ultimate goal was to complete the mission regardless of how many of them sacrificed their lives. It was very likely that a cold-blooded superior would achieve success at the cost of the deaths of numerous inferiors. For this reason, casualties were inevitable. However, Li Mu was obviously not a cold-blooded person who only cared about himself.

In the cold and damp cell, Bu Feiyan looked haggard. She looked at her sister lying on a cold stone bed, and the brilliance in her eyes gradually faded away.

It was near dusk.

There was less than half an hour before sunset.

The Machete Loli lay on the cold, rough stone bed, her breathing gradually became weaker, and her face turned pale and cold. Anyone could clearly feel that the breath of life in this young girl’s body was quickly fading like air leaking from a balloon.

Watching her dear sister being devoured by death, Bu Feiyan, a tough and resourceful “female master”, almost broke down.

Previously, she still had hope. She hoped that Li Yidao would be alive and show up with the Soul-replenishing Heavenly Herb at the most critical moment.

However, she was in despair now.

“No! Xiao Yu, you can’t die. I promised our mom and dad that I would take good care of you. You can’t die. You mustn’t die.” The lapse of time was like the cruelest punishment in the world that tortured Bu Feiyan.

She rushed to the door of the cell, pounded it wildly, and said, “Somebody come here. My sister is dying. Help me find the pharmacist. I need to see Dong Guo. Come on, come on…”

The deafening knocks on the door and shrill screams immediately caught the guards’ attention.

“What are you doing? Be quiet… You crazy woman, are you looking for trouble?”

Over ten guards of the Heavenly Fox Clan cursed and came to the door of the cell.

The leader was a bald middle-aged man with coarse facial features. He looked viciously at Bu Feiyan through the gap in the cell door, sneered, and said, “In this prison, a couple of deaths are nothing. Do you want to get out of here alive? Shut up. If you cry again, I will pull out your teeth and skin you alive.”

Bu Feiyan was on the verge of a breakdown.

“Please, I beg you. Please ask Dong Guo to save my sister. Please.” In her mind, the obsession to save her sister was magnified thousands of times, completely overwhelming her.

Even if her sister could live only one day or even half a day longer, it would be much better. Now, her sister was frighteningly quiet and like a little white flower withering in the cold wind.

“A pharmacist? Ha-ha, who do you think you are?” The bald middle-aged guard leader said with a faint smile on his face.

Bu Feiyan implored, “Please. As long as you can send for the pharmacist, I am willing to pay any price. Please help me save my sister.”

“Oh?” The guard leader looked Bu Feiyan up and down and said, “Any price? Well, take off your clothes right now to show me your sincerity.”

The other prison guards burst into laughter.

Their laughter was tinged with wicked expectations.