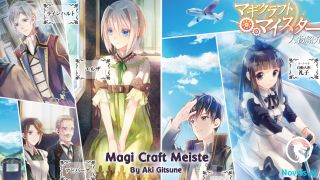 Xia Houshang’s lips pursed. She could tell this man’s been poisoned but she hasn’t figured out what toxin was affecting him.

Based on this patient’s condition, he didn’t have much time.

However, with so many people around her, it wasn’t possible for her to simply say she could not cure him.

She calmed herself down, “Please stay calm. I can treat him. But can you please tell me where he’s been and what happened?”

The woman was crying now, “I don’t know. I know he went hiking with my nephew earlier today. But only he came back. Without a word, he passed out and he swelled up. I immediately called an ambulance and brought him here.”

Xia Houshang had an idea and directed, “Take him to the ER. He needs an emergency operation.”

Hiking and poison… He was most likely bitten by a snake.

The paramedics brought him to the ER.

Qiao Qing looked over to Jun Yexuan and said, “Let’s go then.”

Mu Jinghang was confused, “Why must we wait?”

The firefox walked away from this man due to his stupidity.

Jun Yexuan rolled his eyes, “Six minutes have passed since the 10 minutes Qingqing announced. There are four more minutes to go. Got it?”

“Oh.” Mu Jinghang responded and looked over to the group of doctors and the mother, “It could end well if Xia Houshang saves her son. If Xia Houshang fails, she’ll regret her choices every day.”

The mother glared at him viciously, “Don’t curse my son!”

“Exactly.” Wang Lixia rolled her eyes, “These people seem to be educated yet they are taking a teenager’s words seriously. They really think the time she randomly said is accurate? She’s no god.”

Everyone else also thought Qiao Qing’s words were a joke.

Mu Jinghang and the others exchanged glances and stopped speaking.

Four minutes passed in the blink of an eye but the ER door remained closed.

“Who was the one that said the patient only had 10 minutes?! Hasn’t reality proved her wrong?! If he’s dead, the door would be open!”

The other doctor said, “Dr. Xia is personally operating. The patient is for sure saved. Dr. Xia is the pillar of our hospital!”

“These people are still here waiting for bad news? What kind of intention do they have?! What a pity, our Ms. Xia would never give others the chance to laugh at her.”

The same doctor then said to the mother, “Aunty, don’t worry. With Ms. Xia here, she will for sure 100% cure your son!”

The mother nodded when she heard that and her heavy heart finally felt lighter. With much appreciation, she shouted through the door, “Ms. Xia sure is successful even at such a young age! To be so capable at that age truly is a feat!”

“Of course!” A nurse agreed, “Ms… Xia is my idol! In our hospital, and in our country, she’s the goddess! She’s born a noble and could technically live a worry-free life.”