«Sweet Adorable Wife, Please Kiss Slower! (Web Novel) - Chapter 925: If You Dare to Capitalize on Your Seniority Again, Don’t Blame Me for Hitting Your Mouth

Chapter 925: If You Dare to Capitalize on Your Seniority Again, Don’t Blame Me for Hitting Your Mouth

“No!” Before Lin Wanwan could say anything, Old Matriarch Lin suddenly said, “Second Master Xing, to tell you the truth, Lin Wanwan already has a boyfriend.”

“So what? Didn’t someone say previously that gentlemen always go for quiet and modest maidens? A good girl like her is qualified to pick and choose.”

Second Master Xing was a famous third-generation soldier. Could he not say such self-degrading words?

Although Old Matriarch Lin wasn’t considered intelligent, she knew clearly that there wasn’t any kinship between her and Lin Wanwan to speak of.

She had already thanked God when Lin Wanwan didn’t get together with Tang Chen previously. If she let Lin Wanwan play up to someone of power and influence again, how would she, this Grandma, lead a good life afterward?

“Second Master Xing, please think twice. No matter which aspect, Lin Wanwan’s not worthy of you.”

Lin Wanwan smiled coldly. She was discrediting her own granddaughter in front of so many people…

Indeed, one will be able to see anything in this world if you live long enough.

Xing Junhuan wasn’t a good-tempered person. There was a sense of foreboding evil at the corners of his eyes. “Old Madam Lin, if you dare to capitalize on your seniority again, don’t blame me for hitting your mouth. It’s not up to you to decide if Lin Wanwan is worthy of me!”

Lin Wanwan had long since lost her patience and wanted to leave.

Xing Junhuan raised his eyebrow. “Are you sure you don’t want to accept me first?”

“Didn’t you say I am qualified to pick and choose?”

Xing Junhuan no longer gave off that sense of foreboding evil when he was talking to Old Matriarch Lin. He had a handsome face and a more feminine look. When he smiled, it was shockingly beautiful.

“Anyway, no matter how you choose, you will choose me and give up the man surnamed Lu. Let’s go.”

He pulled Lin Wanwan’s hand, but it was a futile effort.

Xing Junhuan left with the group of people mightily.

The remaining people looked at one another.

“It wasn’t a wasted trip today. This Lin Wanwan really has a way with playing with men. I’ve long heard that she has something going on with young Tang but I didn’t take it for real. Now, it looks like there’s 70 to 80% credibility for that.”

“Lin Wanxin has lost a lot of face tonight. Old Matriarch Lin as well. She must be feeling regretful.”

The whisperings were endless.

Lin Wanxin looked calm, as if she wasn’t affected by this one bit.

Old Matriarch Lin held her cane tight, her face as black as ink.

“That little slut should be hacked to death! An unlucky star!” she cursed and swore in a low voice. Then, she held Lin Wanxin’s hand.

This granddaughter who was obedient, capable, and often gave her face, she did treat with a little sincerity.

“Wanxin, don’t take this to heart. You’re the legitimate granddaughter of the Lin family and the head of the Lin Group. No matter which aspect, you’re a hundred times better than that slut. Grandma will definitely find a better family than the Xing family for you. I’ll never let her ride on top of you!”

“Grandma, I’m fine. If Second Sister really gets together with Second Master Xing, I sincerely wish her all the best.”

Lin Wanxin said this casually, but only she herself knew how cold her heart was.

She wasn’t jealous that Xing Junhuan was treating Lin Wanwan differently. She just couldn’t tolerate being compared to Lin Wanwan.

On the way, Xing Junhuan chased away the bodyguards and personally drove to send Lin Wanwan back.

Lin Wanwan sat in the passenger’s seat. “You did it deliberately?” 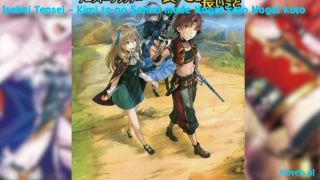