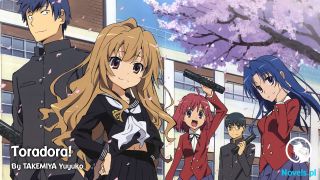 The warm sunlight of spring would have helped them enjoy the day in a pleasant mood… yet what they were looking at contributed oppositely.

At first, they thought it was cooking smoke coming from a chimney or a campfire, which meant they found a settlement.

They did arrive at a small village, which was built just outside the forest. However, there were no inhabitants. Or what should have been the inhabitants were now lifeless corpses impaled on stakes outside every burnt house.

There were mainly male villagers who were put on the stakes after having all their limbs cut off, while naked women were randomly scattered on the ground, chests and stomachs ripped open. The kids in the village weren’t spared either. They were in the same terrible condition as their seniors.

At first, Tulu was furious to see the entire village slaughtered clean. But then he started getting terrified when looking at the last expressions on the villagers’ faces.

Hatred. Hatred that wasn’t humanly possible to express by someone alive.

Tulu saw many corpses during his career as a sailor, such as headless bodies left behind by a sea beast, chunks of soldier chopped up by his enemies, or an unfortunate mortal man who ended up as a monster feed for a wizard.

But this… This was worse than everything he had seen yet.

Tulu was now standing in front of another ruined house that only had its frames left after the fire, where a deceased young man was gazing into the sky with a pair of dull, widened eyes. A white line on the side of his cheek told that he was weeping at his death, which of course, did not save him.

“May your afterlife be not so cruel to you…” Tulu prayed in a small voice.

“Humanity… is complicated,” Angor spoke behind Tulu, “as it can create both the most beautiful civilizations and wisdom and the darkest evil that terrifies the bravest man. Humans always believe that they are the best evolution and are beyond everything else in this world. But no. On the wrong occasions, they can be more bloodthirsty than the most vicious animal.”

“Do you know who did this, Mister Padt?” Tulu failed to contain his rage.

“No. Anything that can help us should have been removed by the fire.”

Tulu remained quiet for a while.

“Can I use some time to bury them? They should have a proper place to rest…”

In Angor’s view, these dead mortals were just bodies that didn’t concern them. However, he decided to allow Tulu to tend to the corpses anyway.

As a recruiter, he could instruct Tulu on how to recognize danger and threats in the wizarding world, but he didn’t wish to interfere with Tulu’s moral alignment too much. Tulu was free to become either a “white wizard” or “black wizard”. Perhaps Tulu would live to regret his naive acts of goodness later. Nevertheless, Angor wouldn’t unnecessarily be his etiquette instructor.

Besides, Angor also found it necessary to prepare his psyche before heading home. He needed some extra time for this.

The village wasn’t big and didn’t have many residents. Using a simple shovel Angor crafted under a minute, Tulu spent a moment digging a giant crater in the center of the village.

It was already dusk when Tulu refilled the mass grave.

Tulu then put a white flower he found beside the grave and offered a silent prayer.

When the cold wind of nightfall carried the flower away, he returned to Angor and apologized in a small voice, “I’m sorry I wasted your time, Mister Padt.”

“It’s fine. But you should remember this and judge your action once you officially enter the wizarding world.” Angor summoned Gondola as he said, “Let’s go. We still have time before bedtime. Hopefully, we can find people for guidance today.”

Tulu was obviously in a bad mood when controlling the Gondola. After another long silence, he suddenly asked a question, “Can wizards do something so cruel to an entire mortal village, Mister Padt?”

In worse ways than what you can imagine, Angor thought before he continued, “Wizards are humans as well, and human nature is fickle and unpredictable. People from different places and social ranks might behave differently, but deep down, they aren’t so different. It’s just that, someone knows how to control or hide their intentions better.

“However, as mortals are valueless to wizards whatsoever, wizards usually don’t waste their time harming mortals. This has been somewhat an unspoken convention. Besides, wizards also need to refill their manpower by recruiting from mortals.

“Even so… mortals have never stopped fighting each other, even if their wars are pointless. This is just how this world is.”

Angor then turned away to watch the mountains and trees of Old Earth with the look of yearning.

Unfortunately, they never found anyone alive along their way when the moon was already high above their heads.

“Guess we took a wrong turn or two.” Angor yawned. They followed a small path leading away from the village and expected to arrive at a town or city. But the path later disappeared into another forest, so they had to pick a random direction. From there, they had flown for over a thousand kilometers without running into any people.

“Should we head back to that village? That shouldn’t take very long if we go at full speed,” asked Tulu.

Tulu considered and did so. He remembered seeing more than one road around the village.

But a sudden flash of orange light below them stopped his driving.

“I think that’s firelight… Someone’s in the forest at this hour?” Tulu frowned. “A hunter, maybe?”

He moved Gondola lower to the source of the light.

They did see someone. Not a hunter, but a young lady who was trembling in front of a campfire because she had nothing to wear other than some dried skin of a beast.

She saw the “flying boat” approaching her and was quickly astonished by its beautiful design.

Tulu hopped off Gondola swiftly and walked to her. “Don’t be alarmed. We are-um, travelers. We don’t know this place well, so I hope you can tell us the directions.”

The woman showed a cautious look and reached for a dagger on the ground while holding something to her stomach using the other hand.

“Wait wait wait, I’ll not get any closer, alright?” Tulu sighed. “Can you tell me where I am? How do I reach the nearest town?”

“I-I don’t believe you! Go away. If you want to find people, go that way…” the lady said while pointing to the southeast.

“That way to town, okay. Can you tell me, um, which province or country we’re currently in?”

The lady only held her possession closer to her body and glared at Tulu.

As Tulu wondered whether he should use violence on her to get an answer, Angor called to him, “Get back, Tulu.”

Tulu jumped a little and quickly ascended onto Gondola by climbing a tree.

From above, Angor looked at the wary woman, who returned her own brave gaze at him.

Angor chuckled. He found a black object from his bracelet and tossed it out of the boat.

The woman was terrified for she thought Angor was attacking her, but she failed to run away when she felt a strange force keeping her in place, and she could only watch as the object was upon her face.

But instead of receiving a hit on the head, she saw the object spreading bigger and covered up her body.

By the moment the strange power vanished from her, the flying boat was already gone.

“Why did you help her like that, Mister Padt?” asked Tulu.

“I’m a gentleman after all. Shouldn’t a gentleman help a freezing lady in distress?” Angor raised an eyebrow.

“I-I see… Does Mister Padt have a liking for her type?” Tulu muttered the last part in a small voice.

Angor scoffed. “My gosh. Didn’t you see she’s pregnant? Telling from the size, it won’t be long before birth. Do you want to see her giving birth in this middle of nowhere without proper clothing? That’s the least I can do.”

“Pregnant?!” Tulu just realized that the woman wasn’t holding a bag. It was her baby bump.

Then her action could be explained. It was very natural for a pregnant woman to be suspicious of strangers, let alone strangers on a flying boat.

“But… why would someone like her be in the forest, in the middle of the night?”

Angor was also wondering about this question. He recognized her accent to be from the Goldspink Empire, and she was probably nobility, telling from the condition of her well-kept skin and the piercings on her earlobes.

But he wasn’t going to find out why a noblewoman ended up here. Not his business.

“Let’s just head to the way she told us. Maybe we can find something there.”

Angor had been carefully observing the brief conversation between Tulu and the strange woman, and he did notice that the woman looked strangely furious when giving Tulu the pointer.

It was unlikely that she hated Tulu THAT much, which meant… she was trying to guide them to her enemies of some sort.

But this didn’t matter—they needed to find people anyway. Anyone would do.