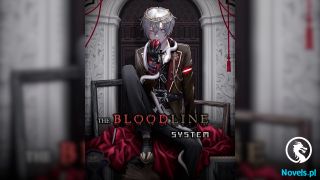 Some time in the next few days, Luke let Tony and Phil know that Werner had been caught, but that didn’t mean that things were over.

On the contrary, the Avengers and New SHIELD agents had to go to several major cities and increase their search efforts.

From the information Luke obtained from the Inhumans, it was clear that Werner had sent several teams of two to three people to these cities.

One team was confirmed to be carrying purified Terrigan Crystals that could awaken Inhumans.

The remaining teams might also be carrying them, which was in line with Werner’s goal of mass-producing awakened Inhumans.

Although Werner had been caught, the Inhumans controlled by the Hive parasites would still carry out his orders, so Luke couldn’t let down his guard.

A small portion of the Terrigen Crystals came from Jiaying’s stash.

The rest came from the alien metal block which Gordon had stolen. It was a container for the Terrigen Crystals.

The night Big Dipper caught Werner, he found the Terrigen Crystals, along with Dr. Holden Radcliffe, the expert whom Werner had captured.

In fact, the reason why Werner had only taken action after a while was that he had been looking for an expert to purify the Terrigen Crystals.

Before they were purified, the Terrigen Crystals contained impurities, which made awakening Inhumans very inefficient. Ordinary people without Inhuman genes would also be directly burnt to death.

Werner didn’t want to be hunted down by the whole world before his strength increased, much less have his efforts go to waste. That was why he had kidnapped Dr. Holden to work for him.

This guy had a bright red name and had done a lot of crazy human modification experiments.

It just so happened that Dr. Holden had been studying the Terrigen Crystals and Inhumans recently. In the future, he could study Inhumans and work for Luke to atone for his sins.

Over the next ten days, the impact of the commotion caused by Werner gradually spread.

This was mainly caused by the disappearance of Gideon and his enemies.

Many government forces had received word from the Avengers and New SHIELD that Werner was creating Inhumans.

News of his death naturally spread from these two parties, in case people panicked or someone used Werner’s name to mess around.

Without the threat of a villain boss like Werner, many people with ulterior motives jumped out to investigate the disappearance of Gideon and the others.

In truth, bigshots like Gideon mysteriously disappeared without a trace, leaving behind assets that made people green with envy.

Who wouldn’t be tempted by this fat piece of meat that fell from the sky?

Many parties would benefit tremendously following an investigation.

These benefits ranged from millions to hundreds of million. Wouldn’t it be good to pocket these themselves?

For a moment, many European corporations were stirred up.

Luke didn’t plan to curb the situation at all. He even threw out the bodies of the bigshots who had been caught up in the battle at the manor, and exposed the fact that they had been killed in the manor by Werner’s gang.

This way, these missing bigshots could be verified as dead.

The various forces that had been restraining themselves finally couldn’t sit still anymore, and started to fight more fiercely.

In the chaos, Luke ate a huge piece of the cake based on the information he obtained from these missing bigshots.

He wasn’t short of clean funds to do research and consolidate his position in society.

However, the maintenance costs and bonuses for the PDD were steep, and couldn’t be tied to his identity.

It was the same reason why Luke hadn’t laundered money to develop the phone company in the beginning.

What Luke wanted wasn’t to hide his tracks, but to not be associated with either the good or bad side.

Naturally, the PDD would be developed using the dirty money which the superheroes were able to claim, which could be considered making the best use of it.

Gideon and the others had left behind a lot of funds in their secret accounts.

The dirty businesses in Europe, America and Latin America were left to shady agents like mercenaries and intelligence brokers to operate, and the profits were used to expand their strength.

If these agencies wanted to take it a step further and become drug or human traffickers, Luke, who had a list of all the members of these agencies, didn’t mind harvesting them.

He wasn’t putting out bait to catch a bigger fish here.

Whether it was hotels, nightclubs, bars, or clubs, or even some regular businesses, all of them had very high profits.

If they insisted on dealing in illegal drugs and human trafficking, they were just greedy.

It was like how selling pork was a legitimate business and could make money.

However, some people insisted on selling infected pork to make more money.

This was naturally due to personal greed, not because they were forced by the industry to do evil.

Luke didn’t feel guilty at all about killing such greedy people.

Luke’s development track had changed after he obtained Dr. Holden and the Terrigen Crystals.

Before this, it was due to luck that he ran into superhumans, and they had a diverse range of personalities.

He met Lorna, the supergirl trio, Nikki and Monica at the tail end of their teenage years, and their basic personalities and principles had already taken shape.

It would be very hard to change their mindsets.

Now, Luke could get Dr. Holden to develop a detection method for Inhumans. He could observe and train Inhumans who had yet to awaken from young, and cross out most of those who wouldn’t be suitable for the PDD.

After they became adults, they would have combat ability that far exceeded that of ordinary people.

Those Inhumans who couldn’t maintain a stable mindset and went crazy with ambition would be struck off the list of potential PDD candidates.

Only with the very small number of people that was left would Luke consider using the Terrigen Crystals to awaken them.

This still couldn’t prevent Inhumans who obtained powers from becoming corrupt, but everything would be within a controllable range.

After all, hadn’t Luke been able to dupe Gordon, whose teleportation ability was near-incomprehensible, with a long-term mental suggestion?

So, Luke wasn’t in a hurry to create superhuman teammates. Instead, he planted roots deeper and deeper in society to lay the foundation for future team members.

This was a huge, long-term plan.

However, most of it could be handed over to Director Selina and Skye, the intelligence officer. He just needed to set the tone at the beginning.

On top of that, Luke had gained a lot this time, and there was no rush to groom teammates.

Werner had provided him with a long list of superpowers.

Conversely, ‘werewolves’ could be partially learned, but Luke decisively refused because they were too ugly.

The telekinesis man’s control technique was perfect. It was a useful complement to his Telekinesis, so Luke learned it.

Elena Rodriguez, the Latin American woman who had been knocked out by the electric shock from the swords, provided Luke with an ability called ‘Yo-Yo.’ She could move fast and return to the same spot in a heartbeat, which was almost like teleportation.

This ability could actually be partially learned. The prerequisites were 60 for the three attributes and 200,000 credit points.

After his clone experimented with it many times, he immediately had the urge to cry. This Yo-Yo ability was too ruthless!