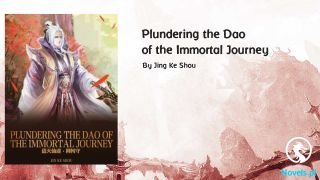 Although Rozen and Kibaou have always been on each other’s throat, Kibaou must’ve acknowledged Rozen’s capabilities as a commander. Otherwise, he would not let his guild members take orders from the beta testers that he couldn’t see eye to eye.

Without realizing his own shortcoming, Kibaou was blinded by greed, resulting in crushing defeat.

After the incident, Kibaou and the clearers talked it out and escorted his remaining guild members to the Town of Beginnings, like Diavel.

“MMO Today…” Rozen was deep in thought: “as far as I remember, that’s the name of a popular net gaming information site, right?”

“That’s right.” Argo nodded and replied: “Apparently, the administrator of this information site was also trapped in this game, and then created a mutual aid organization with the same name in the Town of Beginnings. The purpose of the organization is to spread information and resources equally among as many players as possible. They occupied the Black Iron Palace below the square in the Town of Beginnings as their base.”

“Sharing resources and information, huh?” Rozen smiled and said: “No wonder Kibaou wanted to merge with them.”

What else Kibaou hated more than the beta testers who hoarded the resources for themselves? And on the contrary, he’d be fond of MMO Today, right?

“Kibaou is now the Aincrad Liberation Force’s sub-leader, and the leader is MMO Today’s leader.” Argo shrugged and said: “Rumor said that they have begun to distribute uniforms to their guild members, leading to player calling them The Army as a joke.”

“Did they?” Rozen said that it didn’t matter. “Well, good for them.”

“Can you at least show a little more enthusiasm?” Argo rolled her eyes. “Here i am, giving you the information about them for free, and you casually sip your drink?”

“What can I say? Let bygones be bygones.” Rozen sipped his drink and indifferently said: “I’ll ensure the safety of those who are willing to believe in me and entrust their lives to me. Kibaou has made his decision, and that has nothing to do with me.”

Ultimately, the clearers obeyed Rozen’s instruction because that was the best course of action; it didn’t mean they became Rozen’s underling. Therefore, even though people thought he was the commander, he was more like a tactician.

“Or are you thinking this unfortunate accident is on me?”

Rozen asked and looked at Argo.

“Of course not.” Argo said: “In fact, Players think that the members of Aincrad Liberation Squad deserve it because they didn’t listen to your command even though you can lead them to the next floor without any casualty. I also heard that Kibaou will retire from the frontline, mostly because of public opinion.”

“It’s just with the loss of Aincrad Liberation Squad, the overall strength of the clearers has been greatly reduced.” Argo said while looking back at Rozen, said: “Your guild is no doubt the strongest, but it’s an undeniable fact that Kibaou’s guild had the most members.”

Currently, Red Wings had only 35 members. In contrast, Aincrad Liberation Force had a lot of members even right after it was formed because Kibaou immediately invited the normal players. Even now, after more than half of their members died at the hands of the Floor Boss, they still had 50 members.

“Losing nearly half combat power, the clearers should be in a pretty bad spot now, right?” Argo then added, “I heard that the Players in 26th floor still hesitated to leave town because they’re afraid what happened in the 25th floor would happen again

After seeing how fearsome the 25th floor was, the clearers’ morale plummeted.

“The 26th floor should be fine. There should be no major change in terms of difficulty like the 25th floor.”

But Rozen was convinced.

“Remember that the difficulty suddenly increased when we reached the 10th floor?”

Rozen asked Argo such a question.

Then it hit Argo.

“Come to think of it; it did suddenly became harder once we reach the 10th floor. The monsters on the floor are all humanoid warriors using Katana like the 1st Floor’s Boss. It’s quite a stimulus for the Players who went through a lot on the first floor. Back then, the progress was slowed down too. If the beta testers weren’t familiar with that their attack pattern during the closed beta, perhaps we’d have a harder time clearing the 10th floor.”

But the 10th floor was not the only one.

“And the same thing happened once we reach the 20th floor, although it was not as dangerous as the 25th floor, we still had a hard time.”

Rozen took another example, and Argo finally understood what Rozenw was trying to say.

“If my hunch is right, the escalating difficulty throughout the floors had a certain pattern.”

“There will be a slight increase in difficulty if we go up by one floor.”

“Then, there will be a moderate increase in difficulty with 10 floors multiplication.”

“And lastly, there will be a significant increase in difficulty with 25 floors multiplication.”

“So, the 26th floor is will only be slightly harder than the 25th floor; there shouldn’t be a significant increase in difficulty.”

“The next moderate increase in difficulty is once we reach the 30th floor.”

“And the next significant increase won’t happen until we reach the 50th floor.”

“Can you relay this message to the clearers? And told them to be careful, but there’s no need to be scared.”

Argo took on the task without hesitation and then said.

“I thought that even though you’re calm, you’d be at least slightly frazzled by this situation we’re facing, it seems that I underestimated you.”

This is not the point.

“Sigh, and here i thought, I’m the one bringing good news.”

Rozen was confused about what great news Argo brought.

Argo just smiled wryly as she understood what Rozen was thinking.