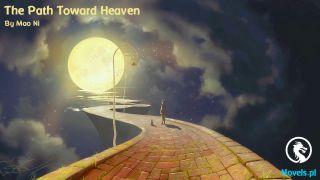 Chapter 947 Be Your Empress

Three days after Lin Mengya left the palace, the Emperor of Dajin announced the abdication edict.

The content, however, was different from what Baili Wuchen had drawn up.

As for the reason for the difference, Lin Mengya knew that it must be the fact that the Emperor of Dajin had sobered up.

She did not drug him heavily, and after a period of recuperation, the Emperor of Dajin could recover.

But Long Tianyu did things differently from the Crown Prince.

At present, all forces, both overt and secret, of the Emperor of Dajin had been under control.

The ex-emperor of Dajin was no longer able to stir up any trouble.

Although it was cruel to the ex-emperor, it was the only way to protect the country.

“Sister-in-law, you are too cunning, aren’t you?”

In the living room of Prince Yu’s Mansion, Long Qinghan looked helplessly at the couple in front of him, who had played tricks on him.

“Don’t you want to be the emperor? You know, it’s a blessing that many people can’t get.”

Lin Mengya spoke in an easy manner. Compared with Long Tianyu’s cool face, the way she smiled and spoke sarcastically was more infuriating.

“Who wants to be the emperor? Besides, you will definitely abdicate halfway. Don’t think that I don’t know about your plan. Humph, you’re now kicking down the ladder.”

Long Qinghan felt like weeping but had no tears. His dream in this life was to be a wealthy idler who could spend the rest of his life with his sweetheart.

But unexpectedly, his father asked him to replace his elder brother as the emperor of the Jin State five years later.

“Humph, don’t think that I don’t know their trick.”

The couple must have had that idea long ago. Otherwise, how could his father still have the opportunity to stir up trouble?

“Unfortunately, I already misjudged them!”

“Well, there are still five years left. I heard that the lady in your mansion has a bad temper. Oh, I wonder how my sister-in-law will react if other beautiful ladies want to sleep with you in the future.”

Lin Mengya smiled craftily. The Emperor of Dajin had finally done something right.

Just when she and Long Tianyu were worrying about how to get Long Qinghan bound to the throne, those people serving the Emperor of Dajin gave them this gift.

Naturally, the Emperor of Dajin expected the two brothers to fight against each other so that he could reap the benefits.

But he did not know that neither of them cared about the throne.

She wondered what the Emperor of Dajin would think if he knew it.

“I guess, he will definitely be beaten to the point where he must be in bed for a long time.”

Long Tianyu, who always doted on his wife, had learned to crack a joke.

The couple echoed each other, which made Long Qinghan so angry that he almost vomited blood.

In order to pacify his wife, he had sent all his concubines out of the mansion.

If he really ascended to the throne five years later, those veteran officials would try every means to send their daughters into his harem.

If his sweetheart misunderstood him again, then his pursuit of his wife over the last decade would be in vain, wouldn’t it?

Instantly, Long Qinghan looked green, and he dashed back to his own mansion, with no time to argue back.

“When do you think we give the gift to him?”

Lin Mengya nestled against Long Tianyu’s chest and took out a prescription from her sleeve with a smile.

A few days ago, she had learned about Long Qinghan’s love story from others.

To be honest, she had never thought that Seventh Prince, who appeared to be a dissolute man, was actually a rarely spoony.

Not to mention his falling in love at first sight with a woman from the world of martial arts, or his constantly pursuing his wife, just because the woman refused to share one husband with other women, he dismissed all the concubines at once.

It should be noted that Long Qinghan had married all his concubines involuntarily.

He must hold on to the woman he loved, even if he had to offend those powerful people.

Although Lin Mengya felt that Long Qinghan was somewhat silly on this matter, she was still touched by his deep affection.

Therefore, she and her teacher came up with a prescription for getting pregnant.

As long as it was used according to the instructions, it was definitely not a dream for his wife to get pregnant twice in three years.

Moreover, her teacher said that if Long Qinghan and his wife worked hard enough, they could have more than one child in each pregnancy.

Those veteran officials would basically make the excuse that the royal family must have enough heirs, so as to force him into selecting girls for his harem.

This prescription could, more or less, alleviate the pressure on the couple.

Otherwise, she had another ultimate method.

If these methods did not work, she would send some people to spread the rumor in the Capital City that Long Qinghan’s wife was so jealous that she tortured his concubines to death.

Although the high position and great wealth were joyful, they were meaningful just for people alive, right?

In this regard, Lin Mengya thought that the lady should not care about it.

Because that woman was truly extraordinary.

“What are you thinking about now? Why are you smiling so happily?”

Long Tianyu gently embraced Lin Mengya in his arms, lowered his head and gave a tender kiss on her forehead.

His father, the emperor, declared his abdication and made it clear to the public that he would give his son the throne.

A country could not work without a king, so his enthronement ceremony became the focus of everyone’s attention these days.

The common people thought that the emperor was disheartened because of the Crown Prince’s rebellion and wanted to live out the rest of his life in peace.

Only those involved in the event knew that the emperor just did not give up.

The abdication edict was the best explanation.

Unfortunately, they had seen through the emperor.

Naturally, they would not act as he expected.

“I smile because I’m thinking about what Long Qinghan should do to pacify his bad-tempered wife.”

Lin Mengya rolled her eyes and called for Baiji. After all, she was a bystander all the time.

“Send ten washboards to Seventh Prince and tell his new wife that this is my gift for her as the punishment. I’m sure she will like it.”

Long Tianyu looked at his wife with a smile, who framed his best brother so easily.

But so what? They were family, so it was not a big deal.

“The Imperial Astronomical Observatory sent me a letter of the date of the enthronement ceremony. It’s the first day of the first lunar month. Nice day. In fact, I wanted your coronation ceremony to be held on the same day. But Qinghu said that it was in a hurry when we got married. This time, I have to give you a grand wedding. Ya’er, wait for me, okay?”

Lin Mengya could feel that her heart was filled with a thick sweetness.

She was already his wife, and it would not change even if their identities changed.

However, Long Tianyu did not want to let her suffer. From the moment the wedding dress was shown, she read his mind.

He wanted her to stand openly by his side and become his one and only empress.

Lin Mengya buried her face in Long Tianyu’s arms, with a blush on her tender face.

Their hearts were beating very violently, just as always.

Long Tianyu held the woman tightly in his arms, and there was a hint of helplessness in his eyes.

The sweet moment lasted for a while. Lin Mengya did not cool down until Long Tianyu had to get up and leave.

She sat in front of her makeup mirror and looked at herself in the mirror.

With a bright blush on her beautiful face, she was just a woman enjoying the sweet love.

“Are you really going to leave just like this?”

Qinghu, who was always elusive, had appeared behind her at some point.

He looked at Lin Mengya in the mirror, who wore a sour expression.

“I will be back. Trust me. I will definitely be back.”

Last night, a message came to her from Qinghu.

Xiaoyu had come out of seclusion in advance from the venomous insects pool, and the gains were greater than she had expected.

Thus, the time for a true declaration of war had arrived.

“Well, on the first day of the first lunar month, we’ll go.”

Qinghu deliberately determined the date of Long Tianyu’s enthronement ceremony because their departure would seem to be natural only on that day.

This time, there was neither a look of embarrassment nor a look of reluctance on Lin Mengya’s face.

She was not the same stupid woman who had tried to risk her life, because she was now concerned about someone in her heart.

Qinghu wanted to say something but stopped on second thought. Finally, he sighed and left to prepare himself for it.

Lin Mengya was left alone in the room, looking at herself in the mirror. No one knew what she was thinking.

At the same time, in the study room not far from her, Long Tianyu was meeting a person who should be the last one to appear in Prince Yu’s Mansion now.

Baili Wuchen’s status was different now, but he did not request to rebuild his mansion. Instead, he chose to return to Prince Yu’s Mansion and act as Long Tianyu’s adviser.

However, it seemed to be much more difficult for him to integrate himself into the mansion this time.

But Baili Wuchen did not care about it at all. This was exactly what a spy deserved. When he made this decision, he had to bear all the consequences.

“Well, thank you for your hard work.”

No more greetings. Long Tianyu’s tone and attitude were as usual.

But for Baili Wuchen now, it was the best treatment.

He felt a little guilty about what he had done to Long Tianyu, but he was not a sentimental person. He knew that there were some things that he had to repay for the rest of his life.

Therefore, he would go through any difficulties and dangers for Long Tianyu.

Long Tianyu really should not choose to meet a “traitor” at this time.

This would not only damage his reputation, but it would also make others think that he appreciated a double-dealer.

But, Long Tianyu could not care about it now.

He stared at Baili Wuchen quietly. After a long while, he let out a sigh.

He looked straight into Baili Wuchen’s eyes, as if he had made an important decision.

“I hope you can escort Ya’er to the Lieyun Empire and bring her back unharmed.”

Long Tianyu gently spit out his hope, and there was a trace of pleading in his tone.