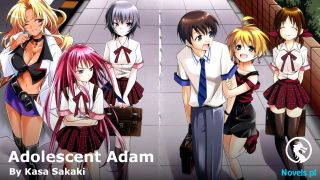 Feng Feiyun had dragon scales and fiery sparks all around him, seemingly unstoppable. His hand resembled a phoenix claw, sharper than any saber.

“Nangong Hongyan is dead, this is only the body of Supreme’s soul. She can’t come back to life.” Supreme unleashed a thunder-fire palm strike.

Her talisman was blessed by a Heaven’s Emergence cultivator. Each attack contained immense power, tearing apart the spatial fabrics.

However, Feiyun had his divine armor and Buddhist energy that was always rebuilding his body.

“My talents are superior so my cultivation will surpass yours, your submission is only a matter of time.” Feiyun wasn’t affected by her comments. A Buddhist halo could be seen behind him.

“All Beasts As One!”

Feiyun used three different techniques and combined them together, culminating into a massive seal.

Another corner of the formation shattered.

“Boom!” A piece of the talisman fell off. Her sleeve turned to dust, revealing her snow-white hand.

“Skydragon Form!” She wasn’t in the mood to fight and transformed into a white dragon and soared into the air.

“You’re not leaving!” Feiyun wanted to give chase but the formation prevented him for three seconds.

He eventually crushed the entire thing, causing debris to go flying. Alas, she was no longer in sight.

He stood in the clouds and said: “Let’s see how long you can run for.”

He took off his divine armor and landed not far from Dongfang Jingyue. She looked happy to see him, at least judging by her eyes.

Yun Ge landed on her shoulder, also staring at Feiyun.

He only glanced at her once before turning to leave.

“Feng Feiyun!” Dongfang Jingyue didn’t expect him to be so cold, not even one word of greetings. Am I that annoying?

Feiyun stopped but didn’t turn around.

“Don’t you want to know why I came to the Sixth Central Dynasty?” She asked as her white dress fluttered to the wind.

“Not really.” He replied.

“Feng Feiyun is a jerk, a bastard, an asshole…” Yun Ge began shouting.

“Pop!” Dongfang Jingyue flicked it so that it would stop. She asked: “Do you know why Supreme attacked me?”

“Because I came to Season searching for you.” She was glad that he was speaking to her.

“How do you know my location?” He asked.

“Xie Honglian told me that you were here and have caused big trouble, so I came running.”

“Not only that, but she’s also the granddaughter of the third lord of Burn Evil Valley and an elite student from the White Division of Heaven in War Faction.”

“You followed her to Sixth Central?” Feiyun finally turned back to look at her.

Bi Ningshuai was originally from here. He came to Jin to train for ten years and had a wormhole stone.

Xie Honglian was his fiancee and should be from here as well. She naturally had a wormhole stone that could take her back to War Faction.

“I have joined War Faction as well, I am a core disciple of the Crimson Division of Earth.” She smirked.

“Anyone else?” Feiyun pondered for a bit.

“A few familiar faces, you can see them in War Faction.”

“Are Bi Ningshuai and Long Luofu there?”

The group experienced a spatial storm and needed to leave early. Bi Ningshuai, Long Luofu, and the turtle jumped out at the same time so they should be together.

“Where are they now?” Feiyun became happy.

“Why are you here? How did you meet Supreme?”

“Idiot, Little Yue searched for you and even risked her life entering the river…” Yun Ge couldn’t hold it anymore.

Yun Ge shuddered and whispered quietly: “That’s why we met that bad woman…”

Feiyun stared at Jingyue. She looked exactly like Shui Yueting; even their aura was identical.

He couldn’t help thinking about the event back at the stone house.

Shui Yueting. Dongfang Jingyue. How are you two connected?

Feiyun shook his head before telling her: “Take me to them.”

The two went back to a lively area in Season City.

“Didn’t he jump into the evil river? Even that place couldn’t kill him?”

“Look, the girl next to him is gorgeous just like a fairy. She must be from a big sect?”

“She’s as strong as an elder of an ancient clan, maybe she’s his master.”

Cultivators along the street stopped training and opened their eyes, completely astonished by her beauty even though she had a veil hiding her face. It wasn’t enough to shield her transcending aura.

Just her appearance alone caused quite a stir.

“Where are they?” Feiyun ignored the comments while following Jingyue.

He was slightly overweight and stared intensely at Jingyue; his eyes nearly bulging out. He licked his lips then bowed with a smile: “I am a direct member of the Li’s twelfth generation, Li Tianer. Nice to meet you.”

The Li has been around for more than one hundred thousand years, far stronger than the Meng.

The cultivators nearby retreated after hearing his name. Li Tianer was notorious for being a troublemaker with the title - Silver Spear Little Conqueror of Season.

This had nothing to do with his cultivation but rather, the “spear” in his lower half.

Women noticed by him couldn’t escape. After he grew bored of them, he would let his servants play with them next. When the servants got bored, the women would be sent to the slave camps for the slaves to play with.

Why was he allowed to do this? Because the Li was a big clan and his father was a big shot in Crimson Territory. He had toyed with numerous beauties but none dared to say a thing.

Moreover, he had a capable older brother with the title - Silver Spear Conqueror of Season.

“It’s over, the fairy can’t escape from Li Tianer’s grasp.”

“The Li is just too strong here, no one can oppose them.”

Many felt pity for Dongfang Jingyue.

Feiyun strongly disliked Li Tianer, especially his blatantly vulgar stare. Feiyun was no stranger to this because he stared at many girls in the same manner.

He would force nice girls back to his mansion and they would come out as women. For some reason, he didn’t like anyone staring at Dongfang Jinyue like this. Rage started building inside.

“Who the hell are you, Motherfucker! Do you not know who I am? Say that again.” Li Tianer said with disdain.

“Kill this annoying brat.” Tianer’s expression froze. He then waved his hands and ordered.

Two old servants stepped forward and laughed. They had gray malefic force circling around them in the form of dozens of chains.

Naked female souls were tied by the chains. They were quite beautiful with perfect curves. Their eyes were empty; their face was stricken with pain.

They have been drained and killed by the old servants. Their soul was then refined and turned into battle apparitions.