Support
Random Novel
One Night, One Day, One Year, On 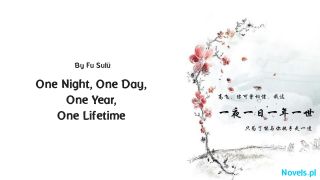 Chapter 409 A Document in Heavenly Revelations

A guest sat in the middle of the main hall.

A guest who was Heavenly Revelations City's most unwelcome person.

He wore a full length red-coloured official's robe. There was a bizarre rumour in Heavenly Revelations City, that this official's robe was dyed with blood. This rumour started because the man controlled the world's most terrifying prison - the Heavenly Prison.

The Chief Minister of the Court of Judicial Review, Shen Xiduo.

"Why did Minister Shen make a sudden visit?" Jin Xian Gonggong poured him a cup of tea.

Shen Xiduo picked up the teacup, took a sip, and did not answer Jin Xian's question. Instead, he said, "In the whole of Heavenly Revelations City, there is no better tea than Jin Xian Gonggong's tea."

"No one in Heavenly Revelations City welcomes me, saying that I'm an evil ghost from hell. Is Jin Xian Gonggong afraid of me too?" Shen Xiduo chuckled. "I thought Jin Xian Gonggong would be different from those philistines."

"Minister Shen is in charge of the Heavenly Prison, where many noble sons and high-ranking nobility have died. No matter how glorious they were before, once they entered the Heavenly Prison, no one could walk out of there. Everyone in Heavenly Revelations City is afraid of you. It's just how it is, and I am no exception." Jin Xian Gonggong also took a sip of tea with a calm expression.

"Indeed, I'm here to visit Gonggong regarding an important matter." Shen Xiduo put down the teacup.

"Speak." Jin Xian Gonggong picked up the teapot and refilled the cup.

"Does Gonggong know the whereabouts of the traitor, Jin Yan?" Shen Xiduo asked.

"I don't know." Jin Xian Gonggong refilled his own cup without a hitch.

"You are the one person left in Heavenly Revelations closest to him. On top of that, one of my informants reported that someone sneaked into the Court of State Ceremonial a few days ago." Shen Xiduo smiled slightly.

"There were people who sneaked into the Court of State Ceremonial, and they also came to look for shidi, but they were beaten by me and ran away. Jin Yan is not here. In terms of his closest friends, there's still the Grand Eunuch in the imperial palace. Why don't you check with him?" Jin Xian Gonggong also replied with a smile.

Shen Xiduo glanced at Jin Xian. Then, he stood up, gathered his sleeves lightly and cleared his throat. "In that case, Gonggong, forgive me for causing offence."

"Search!" Shen Xiduo suddenly hurled the teacup onto the ground.

Tens of men charged into the Court of State Ceremonial at the same time. They were all dressed in official robes and armed with long sabres.

"How dare you!" Ling Jun, who stood beside Jin Xian, drew his own sword from his waist. "The Court of State Ceremonial is an official building. This is not a place where you can just charge in as you please!"

Shen Xiduo turned around and tossed a written order before Ling Jun. "By order of the Emperor, I have the authority to search the entire Heavenly Revelations City, with the only exception of the Emperor's bed chambers!"

"Shen Xiduo went to the Court of State Ceremonial?" Xiao Yu slowly turned the wine cup in his hand and eyed the visitor who had arrived in his study - Grand Eunuch Jin Xuan.

"Yes, he went first thing this morning and has yet to leave," Jin Xuan said. "There can only be one purpose for Shen Xiduo to visit the Court of State Ceremonial at this time."

"Do you think it's possible that Shen Xiduo is now… on Xiao Se's side? I've put in quite a bit of effort on Shen Xiduo over the years, but he has remained unmoved," Xiao Yu said.

"Then is Jin Yan really in the Court of State Ceremonial?" Xiao Yu asked.

"The place he's most likely to go to is the Court of State Ceremonial. Jin Xian is different from the rest of us. He's more like a person of the martial world and attaches value to loyalty. If there's anyone left in Heavenly Revelations City who is willing to help him, he could only turn to Jin Xian." Jin Xuan walked out the door. "But if Jin Xian has really hidden him, then Shen Xiduo might not be able to find him."

"But we must find him." Xiao Yu frowned. "The document he's holding is very important. If we have him, we can exhort over half of Heavenly Revelations City."

"I know. I will resolve this matter." Jin Xuan walked out of the door of the main hall and passed by Su Changhe. "Patriarch." Jin Xuan bowed his head slightly.

They looked at each other. They were Xiao Yu's two most important supporters, but they rarely met. And every time they met, there would be a strange feeling.

They were two people who absolutely could not coexist.

The imperial court belonged to you, the martial world was mine. That was the consensus that Su Changhe and Jin Xuan reached when they first met.

"The Hidden River seemed to have suffered quite a loss recently." Jin Xuan paused in his steps and asked obliquely.

"Yes, many of my subordinates have died, and perhaps more will die," Su Changhe replied.

"No, what I meant was, Su Muyu and Mu Yumo. It seems that these Heads of Houses have not shown themselves for some time." Jin Xuan paused and continued, "I very much appreciate Housemaster Su Muyu."

"Very soon, there will no longer be three houses in the Hidden River, only the Patriarch." Su Changhe didn't continue talking to Jin Xuan, and walked straight into the house.

"Shen Xiduo has my imperial father's decree. There is no one in Heavenly Revelations he can't deal with. Nobody wants to go to the Heavenly Prison, nobody dares to really offend Shen Xiduo." Xiao Se asked the house steward, "Any news from Bai Xiao Hall lately?"

"Give me the letter," Xiao Se said.

The house steward shook his head. "There is no letter."

"They only sent a message?" Ye Ruoyi asked, perplexed.

"No." The house steward still shook his head. "Only one word."

"Ji Xue's personality is really similar to shifu's. They both like to make things unnecessarily complicated." Xiao Se shook his head. "What's the situation outside our door the last few days?"

"There are more people shadowing us than before. I feel that the street in front of our princely residence has been taken over by spies." The house steward looked helplessly at them. "When we went out on an errand, we caught the eyes of a man across the street, and we knew he was up to no good. The price of goods are also all over the place. Sometimes, a copper coin can buy a pound of meat, yet sometimes, half a tael of silver can only get us two heads of cabbage. Madam Li in the kitchen was so annoyed she went out on the street and scolded them. Can't these spies be a little more serious about their work? They weren't like this before."

Ye Ruoyi sighed. "In the past, only the White Prince and the Red Prince were keeping an eye on us. But now, most of Heavenly Revelations City have their eyes on us. Our enemies have suddenly increased by a lot."

"Besides us, there are many people also interested in that document. I'm sure they are also spying on the Red Prince. Now, our enemies are also their enemies," Xiao Se remarked softly.