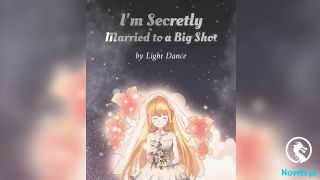 Chapter 783: The night to declare my return…

Lit up by the light of the night, they said nothing as they enjoyed each other’s company in silence. Their hearts felt at ease.

Maybe, Asuna subconsciously came along with Wu Yan because she wanted to enjoy this feeling.

Her soft skin and her fragrance slowly enthralled Wu Yan.

Wu Yan mumbled with a gentle voice. He rubbed his head against her soft silky hair. He hugged her tighter as if he wanted to merge with her.

This isn’t the first time Wu Yan hugged her. They slept together in SAO and they would cuddle with each other until they fell asleep. Of course, that was all in a virtual world…

Even if the game had incredible realism, it was a virtual world in the end. Everything was digital and even the players were virtual avatars. It felt different to hug Asuna in the real world and in the virtual world.

She’s very charming in the virtual realm, but, nothing beats the warmth he felt when holding her in the real world. She also smelled better, even her moist breath carried a tinge of sweetness.

Wu Yan also got to hug Asuna in the real world before today, however, he limited himself to giving her a light hug. At other times, they would lean against each other on a bench, enjoying the scenery and each other’s presence. This is the first time they hugged each other so intimately.

Due to this stimulation, Wu Yan started reacting.

Asuna still had her arms wrapped around Wu Yan’s waist, she didn’t move. After a year living with Wu Yan, she knew Wu Yan’s reaction when she sensed it. She froze up when she felt a response from Wu Yan.

She slowly went red with embarrassment. She glanced at Wu Yan with a bashful attitude. Wu Yan’s thick face also sloughed off under her cute demeanor. The mood turned into an awkward one.

With her head resting upon his chest, she could hear his heart racing. His flames of passion reached her, making her blush in a deeper shade of red.

Outside the window, the sky already darkened and only the silvery-white moonbeams pierced through the window, lighting up the two. They hadn’t the chance to flick the lights open yet, with such a blissful silence and set-up, their visions were adversely impacted.

However, Wu Yan and Asuna can feel each other, the two heated up in tandem, warming up the tense mood when Asuna finally yelled in a shy voice.

Wu Yan got anxious. Without even thinking about it, he lifted her up and carried her in a princess-carry. Asuna shrieked in shock and she wrapped her arms around Wu Yan’s neck.

Asuna knew where this is going. She shut her eyes tight as she flailed her legs around. Wu Yan came to his senses, given his current condition, he decided to just roll with it.

He kissed Asuna, stuffing her mouth before she can say anything. Asuna’s eyes widened, a foreign object invaded her oral orifice and the invading force took her tongue captive.

As she uttered a muffled moan, Wu Yan moved them towards the bed-chamber.

With only a sliver of light remaining, the environment dimmed down with the moonbeam being the only source of light. Wu Yan’s deep red eyes could see Asuna and her mien in this soft glow.

When Asuna felt Wu Yan heating up, she trembled while mounting a weak protest.

Wu Yan who is burning with the flames of lust started panting like a beast. In his vision, he only saw Asuna’s magical hair and her flushed face, then, his mind turned blank.

As a certain someone yelped, her clothes flew into the air. Like a bare lamb, she was stripped down to her birthday suit.

At last, she relented to her fate, she closed her eyes and joined Wu Yan in bed.

The soft and bouncy bed completed its job splendidly. The blanket rustled as the two tossed and turned inside. Moans and heavy breathing were mixed with the sound of sweet love-making.

The gentle rain washed the earth. Wu Yan leaned back against the headboard while releasing a hot breath of air. He looked down at Asuna who is using his chest as her pillow. The girl had her strength sapped after the intense brawl in bed. Her bosom heaved up and down while she traveled through the land of dreams.

Her cute face was glossy with a healthy pink sheen. A tinge of pain and joy could be seen on her face. He can smell her funk due to their proximity. There were also drops of tears in the corners of her eyes.

He caressed her back and he gazed upon her face, a strong emotion surged up within him.

If at all possible, he would like to stay with Asuna. It would be best if they can spend an eternity together.

But, he missed the other girls. A part of him urged Wu Yan to return to them. It’s been more than 10 days since the girls last saw him. Meanwhile, due to the time dilation between transcript worlds and Silvaria, it’s been 3 years since he last saw them.

He missed them greatly.

As such, he must return…

Wu Yan shook his head with a bitter smile. He gently escaped Asuna’s embrace and he got up. He started dressing up…

Actually, the most perfect method would be to summon Asuna and Yui when he returns. That way, they can still have each other’s company.

But, Asuna just got out from SAO, a world where she and others placed their lives on the line to escape. If he summoned her to Silvaria, a world where there are life and death battles, it would be a cruel burden to place upon Asuna.

After establishing a safe and peaceful environment, that’s when he will summon her.

Fortunately, the next time they meet, for Asuna, it would only be an infinitesimally brief moment, she won’t even notice he’s gone.

After dressing up, Wu Yan gave her a peck on her forehead.

Wu Yan dissipated into nothingness. Asuna who is still sleeping somehow felt this as the tears at the corners of her eyes rolled down in a poignant fashion.