Support
Random Novel
Going Back and Forth Between Ear 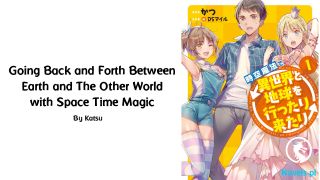 It's like the night isn't a thing in the Domain of Gods. After 10 hours, the sky is still as green as it was hours ago.

Near the makeshift coat rack, Wu Yan picked up his dried-out clothes. He dressed while absent-minded. His gaze wandered over to the green lake.

Near the shore, Sylph squatted down while cupping handfuls of the disgusting lake water, she poured the water into her mouth. No, she's not drinking the lake water, as if anyone could drink that awful water.

Sylph is just rinsing her mouth.

Wu Yan sighed with a bitter and complicated look.

It's hard to imagine that Sylph was the icy princess who forcefully proposed to a certain wolf. In the end, her oral cherry got popped when the same wolf stuck his devil's rod into her oral orifice.

Everything happened so rapidly, the lewd wolf licked every nook and cranny of the fair princess while the enchanting princess served the wolf to perfection. It felt like everything's dream. It's too surreal to fathom.

Yet, without a doubt, the two went there, albeit short of the fourth base of physical intimacy.

Yes, he hadn't completely eaten the princess yet. The storm of bodily fluid they conjured is already infinitesimally close to hitting the fourth base.

Maybe, to some, they already went beyond the fourth base. It was kinky and crazy…

Wu Yan recalled the scene where Sylph did as he told, she continued pleasuring him down there while her head up and down. Just thinking about it started a carnal flame within Wu Yan's heart. He almost rushed over there for another round of imperial BJ/69.

At this time, Sylph returned from the lake.

She's still sporting that expressionless look. Although she couldn't use her magic, Sylph's icy aura didn't diminish one bit. It's hard to believe she's the same lady who knelt down between a certain wolf's legs while servicing his third leg.

If it wasn't because Sylph's gaze mellowed out after they explored each other's body, Wu Yan would think Sylph's playing a trick on him.

Wu Yan put on his serious face, he examined Sylph from up to down.

"My body's fine, I can move around as usual."

Wu Yan knew any further advice is pointless so he nodded.

Wu Yan looked around with a bitter look.

"Where do we start looking?"

"As long as the Guardian Tree acknowledges us, the door to the core will open up."

"Looking for the door is a fruitless endeavor…"

"Anyway, let's just think about our moves one step at a time."

"First, we need to get out of this area."

"With magic sealed, your fighting prowess greatly decreased. As for me, I can't even fight without my magic. If we don't get out of this area soon, it will be very difficult to pass the Guardian Tree's exam."

"I feel like the trial is already upon us."

"You mean the trial given to us is to make it out this area while having our magic sealed?!"

"That's just my own thoughts."

"However, the possibility of this being true is as real as it gets."

"Indeed, our magic wouldn't be sealed for no reason."

"Great, now we just need to get out of here."

Wu Yan snapped his finger, the Gate of Babylon opened up.

A sword grip designed with agility in mind jutted out from the portal. Wu Yan grabbed the sword. At the same time, a beautiful and elegant bow in obsidian black color appeared.

Nietono No Shana and Meteor Shower.

"Fortunately, even with my magic powers sealed, I can still handle dangerous situations with my other abilities and equipment."

He said while gripping Nietono no Shana. He tossed the Meteor Shower over to Sylph.

"You can use that one for now."

"Is this your Armament?"

"It's a Gold Armament too!"

"It's called Meteor Shower. Even a normal human can use it. However, I do have to warn you that thing packs quite a punch. It can decimate everything you see around you."

Sylph tightened her hold on Meteor Shower when she heard this. She turned towards Wu Yan.

He pulled her over by her waist and pecked her on the cheek. He beamed at her.

"If I can trade one Gold Armament for a princess I would gladly procure ten more Armaments."

Sylph's eyes trembled, she shook her head and she answered her man.

"If you keep talking then I am afraid I might not be able to hold back the urge to push you into the ground and pound you into next week."

Sylph lowered her head, hidden beneath the shadow of her head is her slightly smiling expression.

Maybe because this place sealed mana and douqi, Wu Yan and Sylph didn't encounter any trouble on the way here.

This is reasonable. The Guardian Tree aims to test the mettle of the people who entered. It's not here to take lives, it's here to reward worthy individuals with fortuitous encounters.

The three founding gods also didn't design this place to harm their descendants.

The trials in the Domain of Gods come in many forms, all of which don't involve killing the tested party.

If the Tree threw a tier 1 beast into the mix with the tested party barred from using mana or douqi then the beast will probably be feasting on bodies for the day.

This place should have made all participants equally powerless, no one should have an advantage over another party.

Despite that, Wu Yan's probably the only one who still had power in this kind of place, right?

With Sylph in his arms, Wu Yan manipulated EM waves to magnetically levitate himself with iron sand. They hovered above the ground while making great progress forward.

After obtaining magic, Wu Yan rarely used this type of flight. Instead of relying on such a crude method, why not just use flight or teleportation spells in his 103,000 grimoires? It's also way faster to use spells.

He didn't think the day would come where he has to use this type of flight once more.

Although he can fly, Wu Yan doesn't want to fly higher than 10 meters off the ground. Any mishap would not end well.

After a while, they encounter a slight problem.

He stopped as both Wu Yan and Sylph looked forward. They frowned at the same time.

There appears to be no other path.

Rather, everything in front is shrouded in green mist.