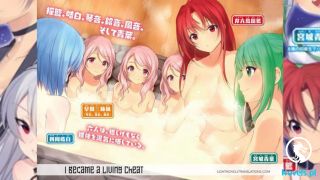 The lights of the cinema slowly dimmed.

There was an empty seat between Xie Xuning and Xie Yi.

Xie Xuning sat uprightly and solemnly with his hands on his knees.

Xie Yi felt a little sour in her heart when she took a casual glance at him.

The movie had begun, and a train was driving into a field with a texture like an oil painting.

Xie Yi settled down and focused intently on the movie.

The moment she saw Ye Tianxin appear on the screen, she realized that God rewarded some people in this world. Her eyes and eyebrows were as delightful as pictures.

The movie screen was so big, but she still couldn’t find any flaws on her face.

Her heart was gradually attracted by the story on the movie screen.

The netizens had given this movie a high rating on the Internet. Although she only watched the beginning of the film, she also felt that the movie really deserved its reputation.

From the setting of props to the selection of protagonists, the producers had worked hard to be professional and fastidious.

The dress that Ye Tianxin wore also had features of that era.

The man was handsome, and the woman was beautiful. When they got along, they were as beautiful as poetry.

Xie Yi thought that she would never forget the man who gave her a beautiful relationship in her life if she were her.

The story gradually progressed before their eyes.

It was as if someone had hit her heart in her chest with a small hammer that sent waves of pain through her heart.

When she saw Zhou Hong was about to go on a mission, she couldn’t help covering her mouth and shaking her head desperately as she thought, ‘No, no, don’t go.’

In an instant, she could almost fully imagine this happening.

He never came back once he was gone.

The news that he had been killed in duty came.

The images in her mind gradually overlapped with those in the movie.

Xie Yi thought she was Ye Linlang in a daze.

She was that Ye Linlang who was waiting, hoping, and longing.

When the military medal was sent back home in the movie, Cherry went from being calm and self-sustaining at first to being defeated later.

She looked helplessly at Xie Xuning, who was sitting not far away from her.

“This is the love story between my wife and me. Dr. Xie, you are a good person. You will definitely meet a man who will truly love you in the future, but that man can’t be me. I only have one wife in my life, and that’s Ye Linlang.”

The light of the cinema was very gloomy.

Xie Yi was not in the mood to see the end credits.

When she heard Xie Xuning, she asked in a hoarse voice, “Do I really have no chance?”

He was neither merciful nor soft-hearted with his answer.

The woman he loved was Ye Linlang.

She was not her.

However, why wasn’t she Ye Linlang?

It would’ve been so much better if she were Ye Linlang!

“I understand, Mr. Xie. I won’t bother you again in the future. Could you give me a moment to be alone?”

Xie Yi needed to be alone with this short-lived breakup.

There was a grave in his heart.

She would never walk into her world because she was Xie Yi, not Ye Linlang.

“Okay, I will wait for you outside.”

Xie Xuning knew clearly that it was cruel of him to bring Xie Yi to watch the movie.