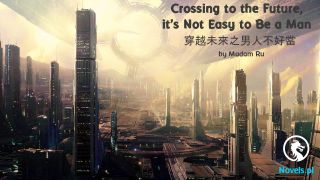 “Mr. Lin. Firstly, I am not familiar with you. Secondly, this is my job. Please don’t think about me in such a nasty way. Thirdly, please leave. You have disturbed my guests. ”

Mr. Lin pushed the door open and walked to the front of Li Qingcang. He sneered and turned his head to look at Nian Yufeng.

“Did you reject me because of this man?”

Nian Yufeng suppressed her anger and said in a low voice, “Can you not make a scene for no reason?”

Mr. Lin looked at Nian Yufeng with drunken red eyes. He played with Nian Yufeng’s cup in his hand and whispered, “Nian Yufeng, I am giving you a chance, but you won’t take it. You should know how lucky you are to marry me. Do you understand?”

“Sorry, I don’t want such a blessing as you.”

Nian Yufeng apologized to Ye Tianxin and Li Qingcang. “Sorry, I may not be able to dine with you today. I have some personal matters to deal with. I hope Miss Ye will forgive me for my impoliteness.”

It was Nian Yufeng’s job to receive Ye Tianxin. Nian Yufeng didn’t expect this man to be this stubborn. She only went on one blind date with him. How did she end up involved in this marriage?

It’s bad luck for her to meet a drunk like that.

Nian Yufeng stretched out her hand and wanted to pull Mr. Lin, but Mr. Lin shook her hand off.

“What? Are you just defending your wild man like this?”

Nian Yufeng was so angry that she slapped Mr. Lin on the face.

Mr. Lin was startled. He was slapped in front of so many people, and he didn’t feel so good…

Mr. Lin angrily rushed to Nian Yufeng. He raised his hand and wanted to hit her.

She’s lucky that he had his eye on her.

Was she still pretending to be aloof?

What kind of idiot was she?

Li Qingcang, who had been sitting there silently, stretched out his hand like lightning and squeezed Mr. Lin’s wrist.

Mr. Lin’s hand seemed to be caught in a pair of pliers. It had been volleying and unable to move.

“Who are you? Mind your business! Hurry up and let go of my hand!”

Li Qingcang’s hands were long. He clutched Mr. Lin’s hand as if it were a chicken claw.

A trace of impatience floated on Li Qingcang’s stern face. He squeezed Mr. Lin’s wrist and sent it to the boiling oil soup of the hot pot bit by bit.

His body was still sitting lazily in a chair. His noble elegance was incompatible with this noisy hot pot restaurant.

Mr. Lin’s fingertips were about to be put into the red oil of the copper pot to cook.

Ye Tianxin hissed at her. She held her slender fingers between her cherry lips, and her fair skin looked saintly in the warm light, which captivated people.

Li Qingcang slowly pressed his fingers into the red oil of the pot.

He called out in pain for an instant.

It hurt so much.