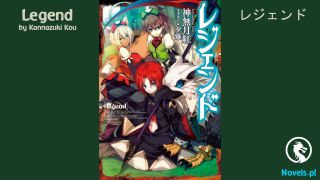 Nian Yufeng looked at Ye Tianxin and thought that she was more beautiful than she was in the movie.

She looked very pure and lovely.

“Hello. Thank you for your hard work.”

Nian Yufeng waved her hand and said, “It’s nothing. Miss Ye, Director Jin has recently selected some scenes in various places. Our S Province has outstanding people and beautiful scenery. I hope you will like it this time.”

“Well, I have forgotten that Miss Ye is also from S Province. You also scored the highest in the college entrance examination in our province.”

Ye Tianxin said with a smile, “I am from Jiameng town.”

“Jiameng town. I have been there some time ago.”

Nian Yufeng offered to carry the suitcase, but Li Qingcang refused. There was no reason that a man like him had to have a woman carry a suitcase for him.

When they arrived at the parking lot, Nian Yufeng opened the door of a commercial vehicle and invited the two of them to sit in it first.

“Miss Ye, the hotel we booked for you this time is not a five-star hotel.”

Nian Yufeng explained to them carefully while driving.

“You may be accustomed to the five-star hotels, so I don’t think anything in a five-star hotel will be new for you. Therefore, I rented a courtyard just for you. I’m sure you’ll love it. Director Jin liked it very much after he came to see it.”

Nian Yufeng had been talking about the scenery of S Province along the way.

She may have just graduated and started working. She was full of enthusiasm towards her work and wanted everyone to know about the beauty of S Province.

“Which university did Miss Nian graduate from?”

“I graduated from Harvard.”

Nian Yufeng looked frankly. Nothing was condescending about her being a Harvard graduate.

“I had never been abroad before, and I didn’t know what it would be like. I always watched the news and read reports, and I thought it was wonderful to go abroad. When I went abroad later, I knew that the best place was my motherland. ”

Her motherland, meaning her home country.

Even people in her country were so kind.

She loved her motherland.

“I was born and raised in this city. Some of my best childhood memories were made here.”

Ye Tianxin didn’t know how to describe the feeling that Nian Yufeng’s words gave her.

This vigorous and uplifting atmosphere also instantly infected her.

At night, this young and old city instantly became dazzling.

It was a young city because the modernization of the city had only started decades ago. There were high-rise buildings everywhere. It was full of vitality.

It was an ancient city because it had been the economic and political heart of the region with a radius of hundreds of kilometers for the past 2,000 years. History had given it a rich cultural heritage.

Along the way, there was poetic laziness in the busy traffic.

When the commercial vehicle stopped, Nian Yufeng was the first to get out of the car.

She triumphantly pointed to the courtyard and said, “This courtyard was built during the Daoguang reign of the Qing Dynasty. It was later bought and built into the private inn we have today. Miss Ye, don’t worry, I have already booked all of the rooms in this courtyard, so there will be no outsiders to disturb you. Come in, please.”

As soon as Ye Tianxin walked into the quaint courtyard, she saw an old ginkgo tree.