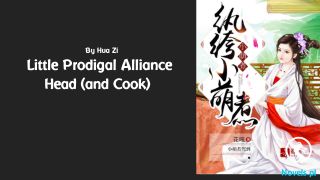 At this instant, Fang Yuan along with the Southern and Northern immortals dashed forward without hesitating!

Fang Yuan was at the front-most position, acting as the sharpest tip of the spear.

He had become the only hope of the Southern and Northern immortals, he was shouldering their expectations.

“How ironic, how pitiful! This battle has reached such a state where we are actually staking our hopes on our enemy.” The Southern and Northern immortals had complicated feelings.

“Associating with Fang Yuan, they are indeed a bunch of evil demons!” The Heavenly Court Gu Immortals shouted with despise as they rushed forward.

What else was there to say?

“I will block him, Fang Yuan, continue to charge forward.” Heavenly Lord Bai Zu called out while moving ahead.

In the battle of rank eight Gu Immortals, Immortal Gu Houses seemed like brutes that could only attack by colliding with each other.

This was an unprecedented experience for him, he had never expected that there would be such a peculiar scene.

He had actually obtained the selfless and sacrificial help of the Southern and Northern immortals!

Fang Yuan and others’ final charge was too overwhelming, their momentum was like a crazed tiger. At the crucial moment, even though Heavenly Court’s members were mostly guarding the back, few could actually come over to help defend Heaven Overseeing Tower.

Duke Long lifted his hands with some difficulty and as he pushed apart Di Zang Sheng’s teeth inch by inch.

Although his back was facing Fang Yuan and Heaven Overseeing Tower, he was aware of the battle situation through everybody’s vision killer move.

“Fang Yuan is their only hope, as long as we can kill him… these Southern and Northern immortals’ morale will fall to the depths, they might even surrender because of their hope being extinguished!”

“Not only this, Fang Yuan has Spring Autumn Cicada and is also Red Lotus’ final hope.”

At this instant, a memory surfaced in Duke Long’s mind.

Red Lotus was bathed in blood and on the verge of death, he used all his remaining strength to stand in front of Duke Long.

Duke Long looked at him quietly and said with a slightly hoarse voice: “Hong Ting, you have no hope left already. Give up, surrender, I will give you the chance to turn over a new leaf.”

“Even at this stage, you are still not willing to give up on me, master? Hehehe.” Red Lotus Demon Venerable laughed: “But unfortunately, master, my hope has not been extinguished yet.”

3“Hmph, what hope do you still have? What are you relying on?”

“My hope is not here, master. I left it to… the great era. When the great era is about to descend, you will see him. He will be like me, carving his way to Heavenly Court in battle.”

Duke Long sighed and said with an unshakable tone: “Then I shall stop him, just like how I stopped you today. You are my disciple, master will atone for the mistake you made. Regarding your hope, master shall personally… kill it!”

At the next moment, Di Zang Sheng’s teeth snapped together fiercely and produced dazzling sparks.

But Duke Long had already appeared behind Fang Yuan.

Fang Yuan immediately felt an incomparable force pulling at him firmly. A vast aura of danger came from behind him like a tsunami and wanted to drown him completely!

“Duke Long!” Fang Yuan clenched his teeth as he suddenly turned around and used a killer move to fight Duke Long.

But an Immortal Gu House inserted itself in between the two.

“Fang Yuan, go!” Many Southern and Northern immortals shouted together.

Fang Yuan snorted coldly as he turned around and chased after Heaven Overseeing Tower.

Duke Long was blocked, he gave a loud shout as he activated his killer move and slashed with his claws! The incomparably tough Immortal Gu House tore apart like it was paper.

Duke Long continued to give chase but he had just moved a few steps when Heavenly Lord Bai Zu appeared before him.

But Heavenly Lord Bai Zu charged over once again.

But the Heavenly Lord Bai Zu before him gave off the same feeling as the main body.

Duke Long’s thoughts moved as he immediately realized: “Is it a killer move that can allow the main body to immediately switch position with his clones?”

It was exactly so.

Longevity Heaven actively roped in all the Northern Plains Gu Immortals for the big picture, Heavenly Lord Bai Zu was among the first to be roped in.

One of Heavenly Lord Bai Zu’s conditions to join them was one immortal killer move in Longevity Heaven’s treasury. With this move, he could switch the positions of his clone and main body.

Heavenly Lord Bai Zu had specially asked for this because of his repeated failures when he invaded Hei Fan grotto-heaven before.

It was because of this that after Heavenly Lord Bai Zu was teleported to Eastern Sea by the killer move karma relocation, he was able to quickly switch positions with a clone and return to Infallible blessed land.

Heavenly Lord Bai Zu obstructed him repeatedly, although he could not last even one move, in the time of danger, he would switch position with a clone.

His performance was extremely shocking, he actually stalled Duke Long.

Heavenly Lord Bai Zu fell into danger and was busy taking care of himself.

Duke Long caught up to Fang Yuan once again but Five Elements Grandmaster was already protecting Fang Yuan from behind.

This was an immortal formation condensed into a five colored ring.

“If nothing else, I can at least hold on for a few breaths of time!” Five Elements Grandmaster gritted his teeth.

But Duke Long was not even stalled for a moment, he directly broke the five elements ring and chased after Fang Yuan.

Five Elements Grandmaster suffered a heavy backlash from having his defensive killer move destroyed. But he quickly swallowed the blood that surged up and chased after Duke Long without any regards for his own health.

Duke Long casually threw a dragon-shaped purple-gold qi without even looking back.

This was a qi path killer move!

Five Elements Grandmaster looked on with wide and furious eyes as he was struck by the purple-gold dragon qi, with a loud sound, he burst into countless pieces, dying on the spot.

Five Elements Grandmaster’s death did not deter the Southern and Northern immortals.

Soon, Yi Hao Fang attacked without any regard for himself as he tried to stop Duke Long.

Duke Long was held back for a few breaths of time, but he soon killed Yi Hao Fang.

“I don’t have much time left.” Duke Long did not show it on the surface but his heart was gradually becoming anxious. Heavenly dragon’s last stand killer move made him so powerful that he could kill rank eight Gu Immortals like killing birds, but his lifespan was about to reach its end.

Fang Yuan’s luck was good, he grabbed a rank seven Immortal Gu as well as a large amount of mortal Gu.

But this was nothing much to Heaven Overseeing Tower.

Especially when Fang Yuan was clearly aware that although great thief ghost hand relied on ghostly concealment, it was not a genuine rank nine killer move and had no effect on fate Gu.

But Heaven Overseeing Tower was already prepared against such a crude offensive method. Fang Yuan had to look for a perfect opportunity otherwise he would only waste his resources without any gains.

He did not know how long the Southern and Northern immortals could hold on for, but this was currently his best tactic.

“Lu Wei Yin, what are you doing!” The Southern and Northern Gu Immortals immediately shouted out this person’s name in surprise and anger.

“Lu Wei Yin, you are Paradise Earth’s inheritor, you are a Southern Border Gu Immortal!”

“Even if you want to take revenge for your disciple, why do you need to do it at this time?”

“Join hands with us to defeat Heavenly Court! Or else…”

Lu Wei Yin, however, shook his head: “Everything is too late, Heavenly Court’s Fate has been repaired, the situation is set in stone. Relying on this demon Fang Yuan will only increase casualties, it will not change our defeat. Everyone, you have to face reality, stop trying to go against the tide, we need to avoid even more death and suffering among the people!”